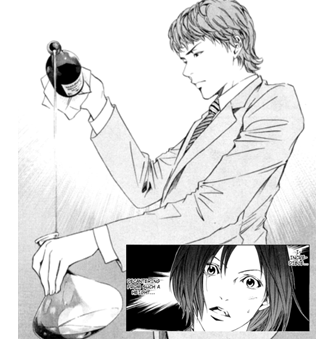 Continuing the theme from an earlier blog, which sang the praises of enduring storytelling of the comic series Archie, here is another example of superb creativity expressed through a comic series. What is interesting here is that this particular comic series truly drives brand preference. It is a Japanese Manga comic series  with a very novel plot. Called “The Drops of the Gods” it follows the main character Shizuku as he learns about wine, allowing the reader to do the same.

At the start of the series, Shizuku has rebelled against his father, a famous wine critic, by refusing to drink wine and working instead for a brewery. Suddenly, though, his father dies and leaves in his will a description of 12 wines he considers the world’s best, comparing them to the disciples of Jesus. Pitted against his adopted brother, who happens to be a sommelier, Shizuku must catch up in his knowledge so he can find the 12 wines mentioned in his father’s will and inherit his father’s vast cellar.

Created and written by a middle-aged Japanese sister-and-brother team, Yuko Kibayashi, 49, and her brother, Shin, 46, writing under the pseudonym Tadashi Agi, they came up with the series while collaborating on another comic four or five years ago. Neither has any professional wine-tasting credentials; they say they are interested not in using the sommelier’s jargon but rather in describing wine from the average drinker’s perspective. But they do smack of authenticity. They have long been wine lovers — so much so that they rent an apartment just to stock their 3,000-bottle collection and pay for an earthquake-warning system to protect it. Passion is a great driver and they are driven. The comic — which appears every Thursday in Japan in a magazine called the Weekly Morning and has been compiled into 17 books thus far. 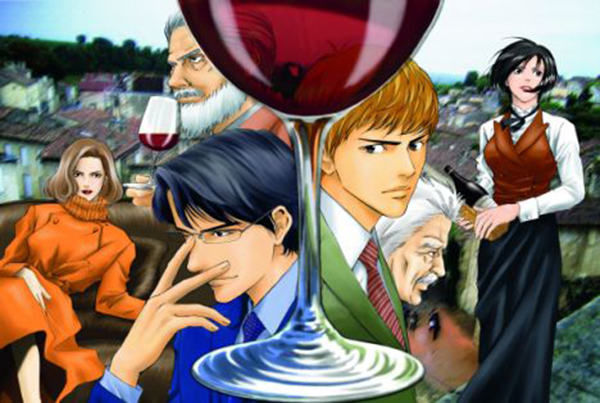 Since coming out of nowhere four to five years ago, this 20-something Japanese would-be sommelier has quickly become the most influential voice in Asia’s wine markets. In Japan, wine sellers grab copies of the magazine as soon as it comes out on Thursdays, quickly showcasing a featured wine in their stores or on their Web sites. People regularly enquire about specific wines that are referenced in the comic series.

The wines featured in the comic are selected by the Kibayashis, who say they have no sponsor. They do, however, accept free bottles from wine importers, although no guarantee that they will appear in the storyline (but a great way to add to their wine collection and force them to build their property portfolio!). In general, French wines have gotten the most attention in the series. The Kibayashis are unabashed Francophiles who say they do not feel American wines have the Old World’s depth. But the good news is that some Australian wines cut the mustard. In fact as reported in The Age recently the comic has been extolling the virtues of d’Arenberg’s 2006 Laughing Magpie, hand-cultivated shiraz viognier blend. The story has the main character Kanzaki traveling aboard to sample the Laughing Magpie, resulting in the following description of the wine, ‘ it’s spicy and overflowing with energetic life. It’s both exotic and made for normal people at the same time.’

And you guessed it, the Laughing Magpie is in deed laughing. The 200 bottles available in Japan sold out immediately, and since then demand has exceed supply, with d’Arenberg winery having to move into an early release of the 2007 vintage.

The Drops of the Gods is a wonderful example of imagination and creativity.
It has developed a superb story plot to enable it to explore the joys of wine discovery. Forget, that it is a comic or that it is about wine, simply take it as a challenge. A challenge to create an imaginative vehicle or medium that allows you to evolve a storyline for your brand that is both flexible and engaging. Five years ago in Japan there was no comic series called the Drops of the Gods. Imagination has produced an amazingly powerful voice on all things wine. Where will your brand storytelling magic reside?

If you would like to share a glass of the Laughing Magpie and kick around some ideas on how best
to evolve your brand’s storyline get in touch. At the very least you will get to enjoy a few Drops of
the Gods.