What a shocker of a time Toyota has been having! Over 8 million vehicle recalls world wide, and just when you thought it couldn’t get any worse, it gets a lot lot worse. Toyota has now moved from an acceleration problem to a braking problem. The number of new recalls may be a lot less, but we are now dealing with the model that they have been backing their future on, the hybrid Prius. Add the Lexus HS 250h to the recall list and we are also playing at the prestigious end of their brand portfolio. The big question is will it put the brakes on the brand? 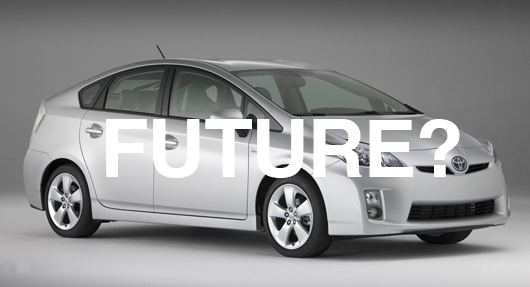 In favour of the Toyota brand is a huge amount of brand equity that has been built around quality. It has been making positive deposits in the consumer ‘brand emotional bank account’ for decades because of its enduring quality – surely it can now afford a few withdrawals! Yes, 8 million withdrawals is a lot (in fact more than the total number of cars and trucks sold worldwide in 2009), but Toyota is not the world’s largest car manufacturer for nothing. However, as with any brand, no matter how big, it is how it chooses to respond when things go of the rails that is important. In this regard Toyota would seem to have a mixed score card.

On the plus side, they have actually made the recalls and for some pundits that suggests that it cares about safety more than profit. But on the other side of the ledger is a feeling that Toyota did not respond fast enough. The US congress is investigating Toyota’s response and even Japan’s Minister of Trade has berated Toyota’s president in front of reporters, saying the car maker should have listened to customers earlier and respected their complaints. But there is still a way to go yet for Toyota, and from a brand perspective it is important they step up to the mark. It is critical that Toyota provide its customers with a great service experience during the seemingly endless recall process. It is going to be tough, as the Toyota service network is stretched, but it is important that they go up a notch with the Prius and Lexus owners. If you are going to have a recall, use it as an opportunity to strut your professionalism and high levels of customer care. The Toyota mindset should not be one of it being a frustrating recall, rather an opportunity to deliver an exceptional service experience

From a brand perspective it is also important that Toyota take control of the information surrounding the recall of the Prius. The last thing the Toyota brand wants the market to perceive is that there is a fundamental problem with the concept of hybrid cars. The Prius is the world’s most popular hybrid, and as the hybrid category grows it is clearly well placed to reap the rewards. To this end the braking problem needs to be communicated as a braking problem, not a braking problem because of the peculiar regenerative braking system of a hybrid vehicle. A subtle but important difference in how it chooses to communicate the problem. Toyota has just launched its Australian made Camry hybrid and it does not want consumers to get twitchy about hybrids per se.

If Toyota stays on the front foot and there are not significant other recalls, the brand will not be damaged over the long term.  Treat customers with respect and a little love and the brand equity residing in the Toyota brand will do the rest. However, their declining share price, a possible Moody’s credit rating review and the cost of the recalls will certainly hurt the organisation short term.