Being an avid sports enthusiast (in particular the round ball game) I went to the Socceroos farewell game against New Zealand on Monday night at the MCG. Now I’m going into detail about the match (fair to say it wasn’t pretty) but upon entering the ‘Best Sports City‘ in the world’s precinct there was the usual cheering, flag waving and buzz that Melbourne is accustomed to for any major (or for that matter often minor) sporting event, but something caught my eye and not only my eye but thousands of supporters – male and female.

Working for a creative brand agency that specialises in re-imagining brands, we’re always on the look out for new and innovative brand experiences and campaigns that turn heads and create a buzz in the market place to which this one certainly did! The crowd were urged to wear a pair of bright coloured yellow jocks as a part of a campaign by the official thirst crusher of the Qantas Socceroos, SOLO. Many people did the superhero thing and wore them on the outside of their pants and of course many used them as head gear.

The SOLO Lucky Undies campaign, created by BMF in Sydney I feel has done a great job. Aside from handing out thousands of pairs of undies and cans of SOLO the campaign also features large format mobile advertising and billboards across Melbourne, Sydney, Adelaide, Brisbane and Perth. Since receiving my pair of lucky undies and following the hype this campaign is generating I found myself purchasing SOLO again – this campaign is working on me that’s for sure so I’d reckon it’s be working on many others also. 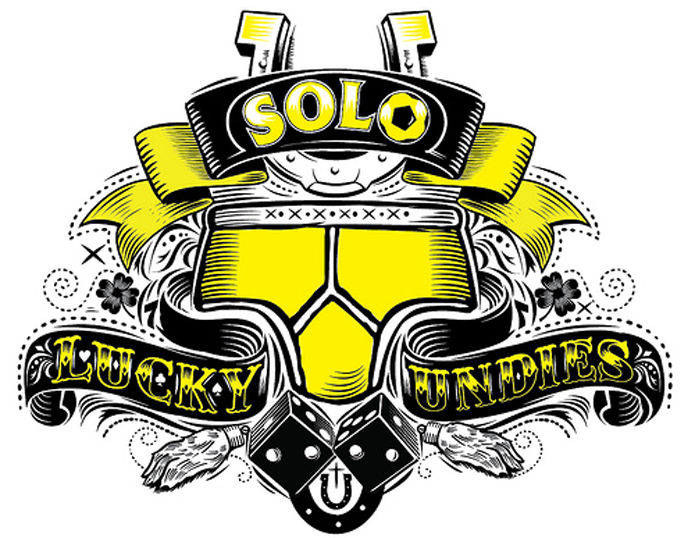 One interesting point to note is that this campaign is far more reaching than meets the eye. In addition to the mass giveaways on Monday night (at a soccer match), the SOLO Lucky Undies trucks, until June 20, will be present at another 39 locations across Melbourne, Sydney, Adelaide, Brisbane and Perth including major AFL and NRL events. 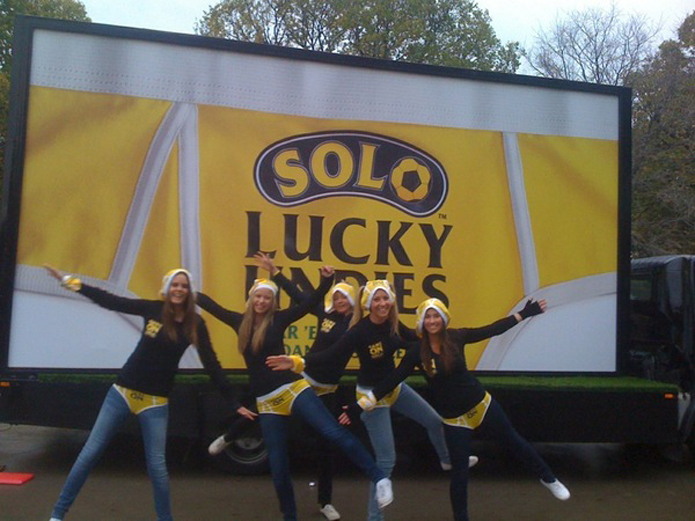 To me the four simple rules of remarkable brand communication are;

1. Saying the right message
2. To the right audience (in this case multiple audiences)
3. At the right time
4. In the right medium

It seems simple enough but getting all four right at the same time is where the magic happens and on another point, if you feel the Socceroos need some luck then pledge your support here.

If you’d like to see your brand turn heads and be the talk of the town (or the globe) through the way it connects with its audience, why not give us a call.