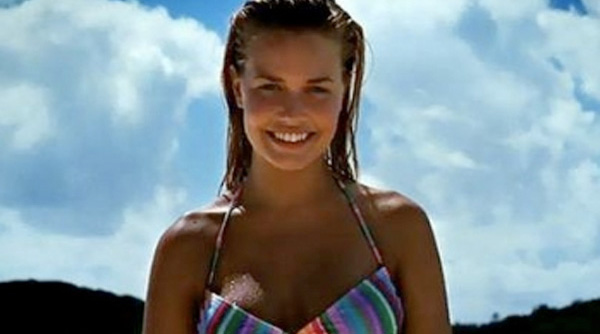 A new Australia tourism ad has just been released to replace the infamous “Where the bloody hell are you?” ad.

It seems that Australia has had a few goes at making a tourism ad. So it is interesting to note the direction that we take presenting to the world. The new ad stays well away from the profanities that got us into trouble the last time, and it is at best a safe representation of a few things to do while you are over here. But it has still managed to be shrouded in controversy. There is a scene where there are 2 girls driving in the outback, but they are driving a left hand drive car. We normally drive on the right over here. The ad will be on You Tube for 3 months before it goes live, I guess to find out if there is a back lash. Have a look and tell us what you think.
http://www.youtube.com/watch?v=bvH4vSeGz4I

It is an interesting exercise making tourism advertisements. On the one hand they should be quite simple, some pretty shots of the environment, things to do and see and add some culture. I guess as they say the devil is in the detail, because there has to be a balance between how we want to be represented, what type of tourists we want to attract and what defines our culture. For a place like Australia, where the differences are so vast from place to place and the plethora of people from different cultures who live here, it is difficult to define a single point of attraction, and everyone will have have a different opinion. Expressionist Australian artists have spent their lives looking inwards on Australia and Australian culture. The likes of Brack, Whiteley, Olsen, Smart, Nolan, Arkley and Drysdale presented a unique take our culture, we went from being a British colony to searching for our identity and a uniting culture. While each artist was distinct in their approach, they shared the common thread of being connected to their landscape. Although, I am not entirely sure if you ever feel that deep connection in a bus ride to Oolaroo. But our landscape is not just the beautiful, vast dusty freedom of the outback. For most of us the Australian landscape looks more like an Arkley than a Drysdale. Is it possible to be collectively undefined? 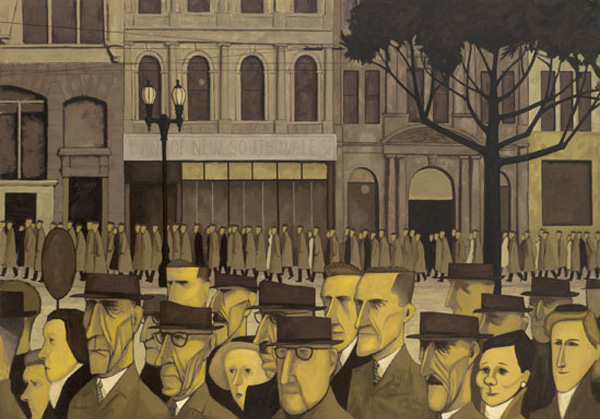 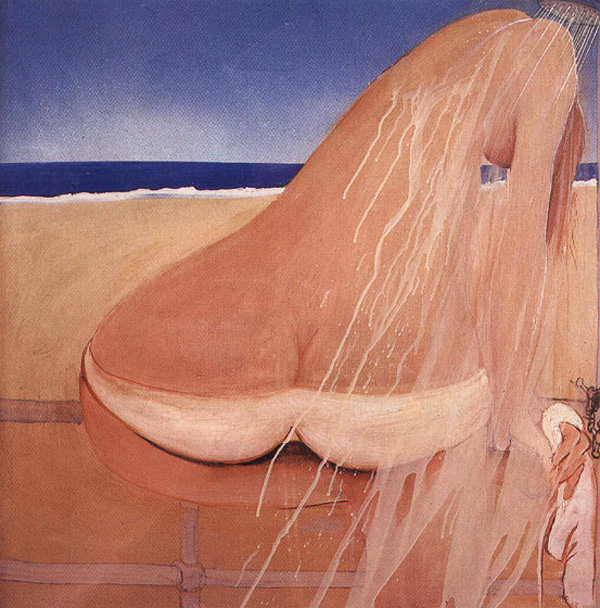 Brett Whiteley, Washing the Salt Off, 1985 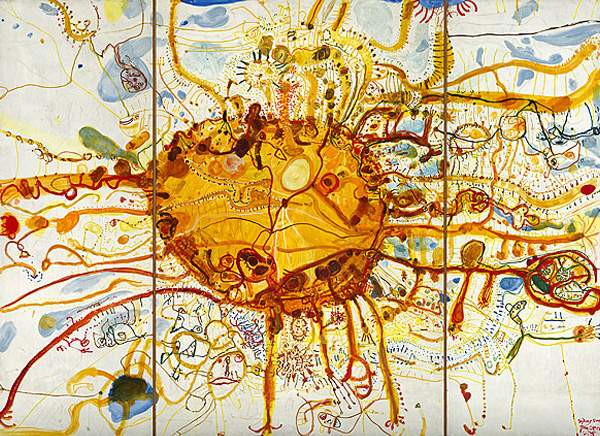 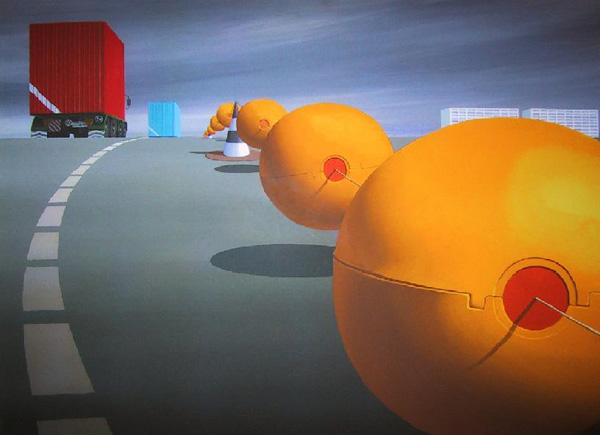 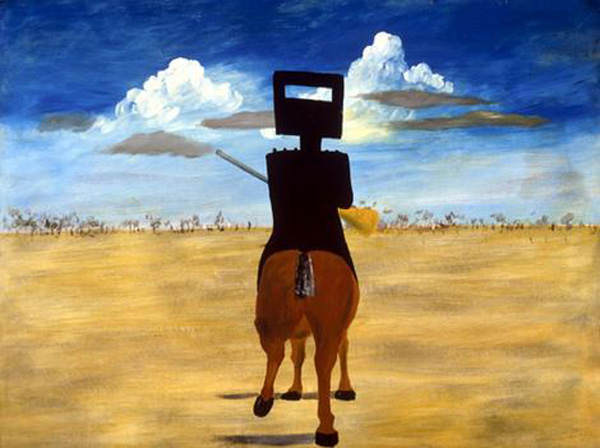 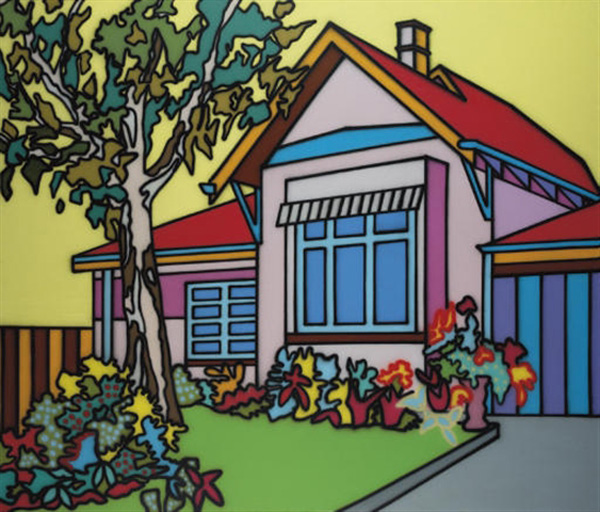 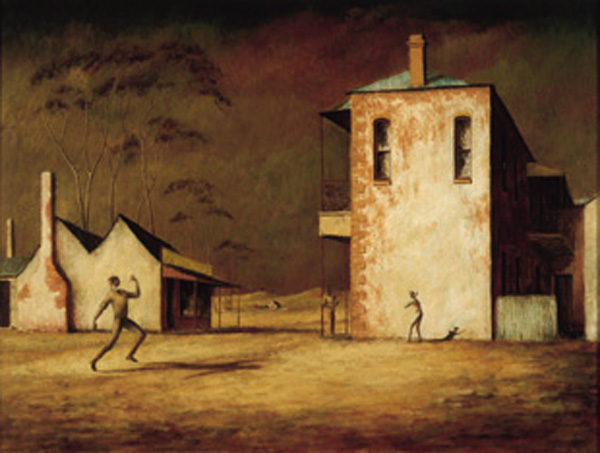 This did get me thinking about how other countries advertise their homeland. So I have compiled a collection of tourism adverts from around the world that are better than ours. The first one is from New Zealand, which in my opinion is one of the best I have seen, it creates a sense of a wonder and freedom, but also creates a strong connection with the place. New Zealand is breathtaking, and they have presented themselves as being youthful (aided by the soundtrack from Australian Indie outfit Youth Group) and a place where you can lose and discover yourself. New Zealand is a good comparison to Australia, we share a lot in common, and the New Zealand ad feels confident, sure of itself but presenting as being a million times more mature than Australia.
http://www.youtube.com/watch?v=9sEZ-wdFegU

There is the quirky Japanese tourist ad for okinawa, which relies more on culture shock and fun (both of which I want a heap of when I travel) and manages to capture all the craziness and uniqueness that Japan has to offer through the use of language and aesthetics.
http://www.youtube.com/watch?v=SRN4FpvpTOc

Then there is this cheeky swiss tourist ad… sheer brilliance. This ad is effective because it doesn’t try to be everything to everyone. (and I think I am exactly their target market)

And the strange tourist advertisement for Turkey with a flying mermaid.

The reason that these ads are more effective than the Australian ad is they create a story and leave the ending up to us. I am interested in your thoughts on this. What do you think defines Australia? Does defining ourselves make for a good ad? Can we be everything tho everyone? But then again, I wonder if I will ever like an Australian tourism ad because I am Australian.

If you’d like to know more about defining your brand so it’s much more than a jingle, why not get in touch.