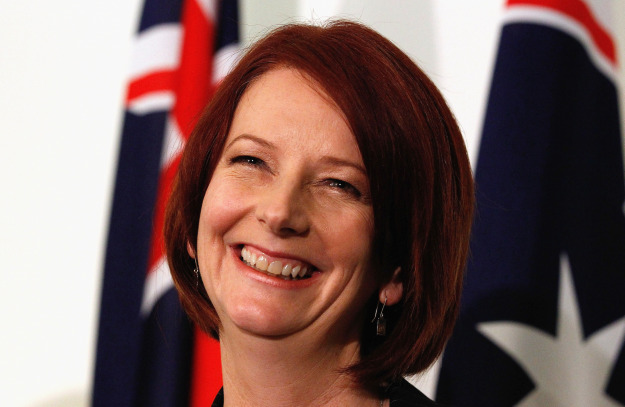 Applying branding frameworks to politicians and political parties is a very much established practice. In fact, some may even argue that politics is increasingly about symbolism as opposed to policy implementation, image rather than content. A little harsh perhaps, but certainly in Australia we are seeing our major political parties trying to position themselves on populist mandates over political ideology. They are trying something we strongly advise our clients against, and that is to try and be all things to all people. It never works in commercial settings and it is of highly dubious value in politics – it simply gives strength to the brand positioning of minor parties (eg. the Greens) and independents.

However, one would never suggest that political party strategists simply enroll in a ‘Branding 101’ course. Politics is in a league of its own when it comes to branding, as is being witnessed in the current Australian Federal Government election campaign. I have read a lot of branding books in my time and some are pretty good at advising on strategies to combat competitors. But none offer advice on how to combat dissenters (read leaks to the media), from within your own brand team, deliberately attempting to give your competitors a leg up.

But on the upside what I did find interesting is that when the Prime Minster, Julia Gillard, was forced to defend her position from the damaging leaks she seized upon an important brand attribute, that is she reclaimed a degree of authenticity. The daily newspaper ‘The Age’ (Michael Gordon) suggested that ….’it was the first time in the campaign she appeared unscripted and, tellingly, it was her most authentic and convincing performance.’

Another article (Michelle Grattan) said …’we saw the old Gillard in her press conference, not the more polished, slightly confected lady of the campaign. Most people thought this return to feistiness an improvement. Blood-pumping, anger showing, but strictly on script.’

Will the real Julia Gillard please stand up. We need you.

Authenticity what a novel concept. All the best brands demonstrate it, yet when it comes to the branding of politicians it regularly gets lost. In the current campaign Julia Gillard’s brand minders have created such a contrived image that her true personality has not had a chance to shine through at all. The very brand attributes that got her to PM – the wit, the candor, the on-the-feet smarts have all been stymied. The branding of individual politicians (particularly party leaders), is indeed a tough gig when you factor in the need to appease the party machine. Think Peter Garrett, phew!

The other dimension that makes the branding of pollies and their political parties such a rare breed is the media frenzy that surrounds them. Every word, every move analysed. Imagine having the same level of media scrutiny applied to the major brands of the world. BP has recently experienced a little of what it feels like to be under the minute by minute gaze of the media, and it did not cope well. In fact the CEO is no longer there, and partly because he uttered (along with some other clangers) those rather infamous words about wanting to get his life back (well now he certainly does)!

The more I reflect on the challenges of branding in the political arena the more I am feel grateful of the space we play in every day – which is essentially branding within every conceivable product and service category except politics. When it comes to politics I am happy to simply be a paying customer – now taxes that is entirely a different topic!