Every now and then we see works of art that are truly amazing and make you take a second look. When you think of pencils in art, you’d generally think of beautiful drawings brought to life by amazingly artistic fingers that worked the pencils used, but imagine if the pencils themselves were the base objects of the art itself?

I was lucky enough to be on the end of a group email and found such an artist or if you like extremely talented craftsman by the name of Dalton Ghetti. This 49-year-old carpenter from Bridgeport, Connecticut has been carving unbelievable and simply stunning miniature sculptures (wait for it) without the aid of a magnifying glass, for more than a quarter of a century now. Every incredible piece is carved from the tip of a lead pencil and as a child he began his craft by carving tree bark but then moved on to other things, like soap and chalk before deciding that graphite was his preferred medium.

After so many years and so much practice, this method of sculpting has become second nature to Dalton and to do the vast majority of his work he needs nothing more than a simple sewing needle, razor blade, sculpting knife and a carpenter’s or HB pencil and I quote the man himself, “The pencil tip is great; it’s like a pure, very homogeneous material. It cuts in the same direction, not like wood, which has a grain. But when I tell people how long it takes, that’s when they don’t believe it. That’s what amazes people more, the patience. Because everything nowadays has to be fast, fast, fast.”

Incredibly it often takes as long as two and a half years to complete certain pieces. Where a standard figure can take several months, sets like the alphabet carvings below take much longer and what makes this artist also so remarkable is that Ghetti has never sold any of his work – he has only given it away to friends! 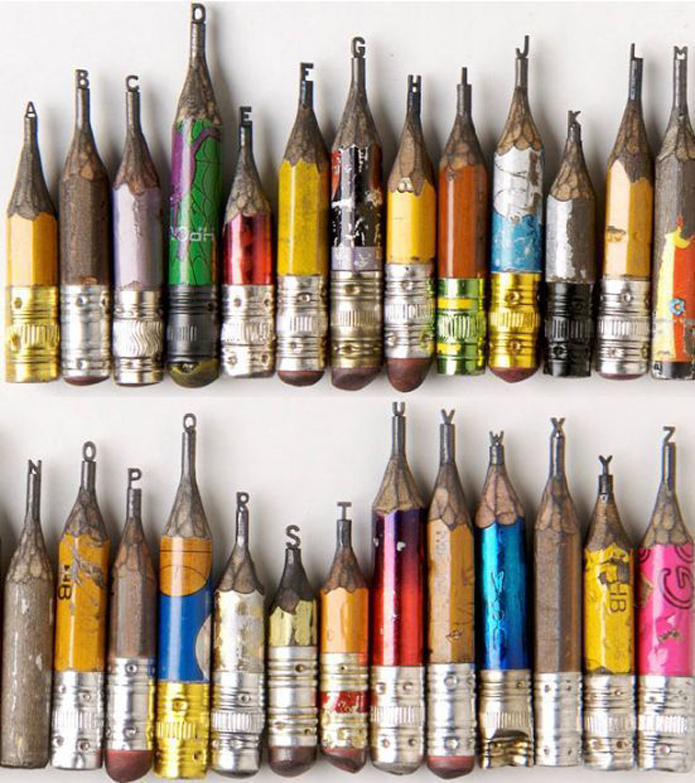 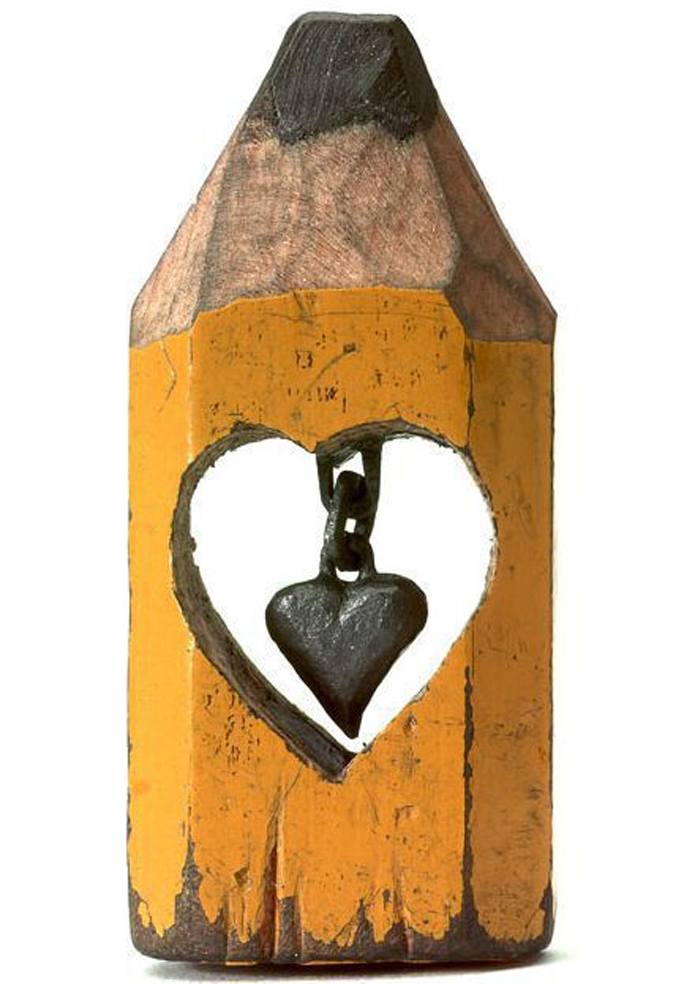 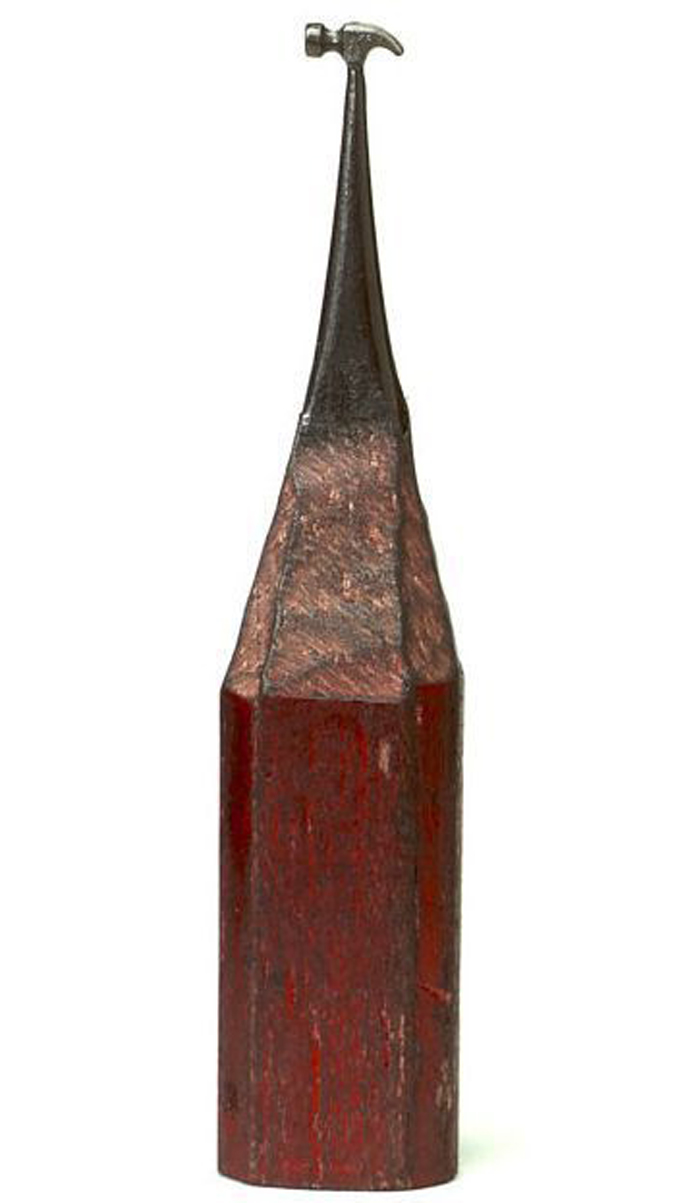 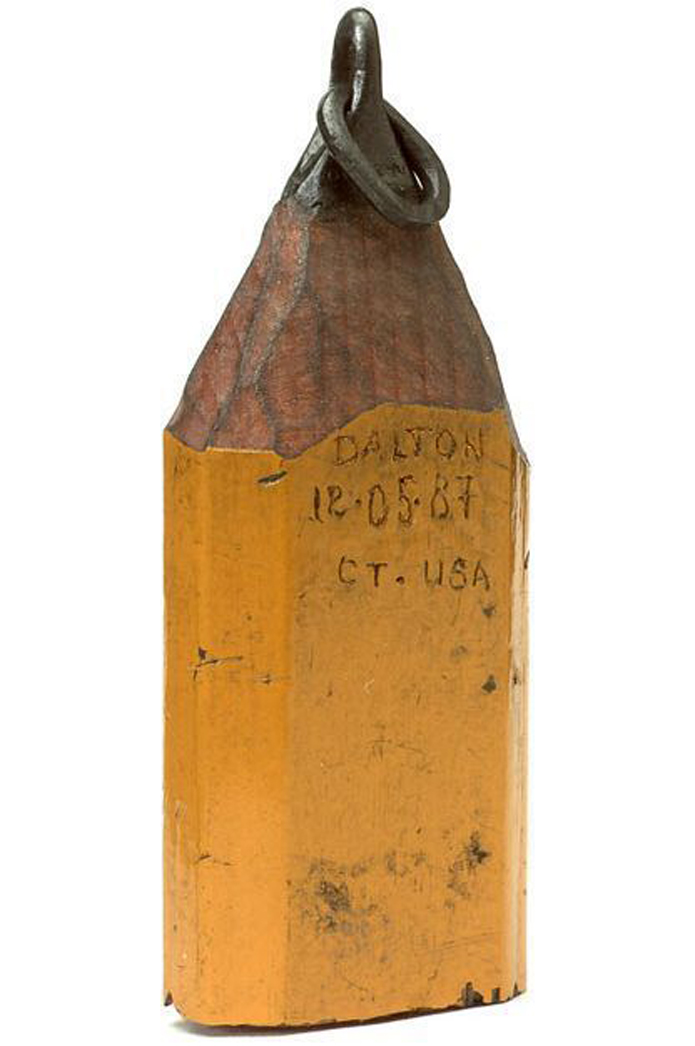 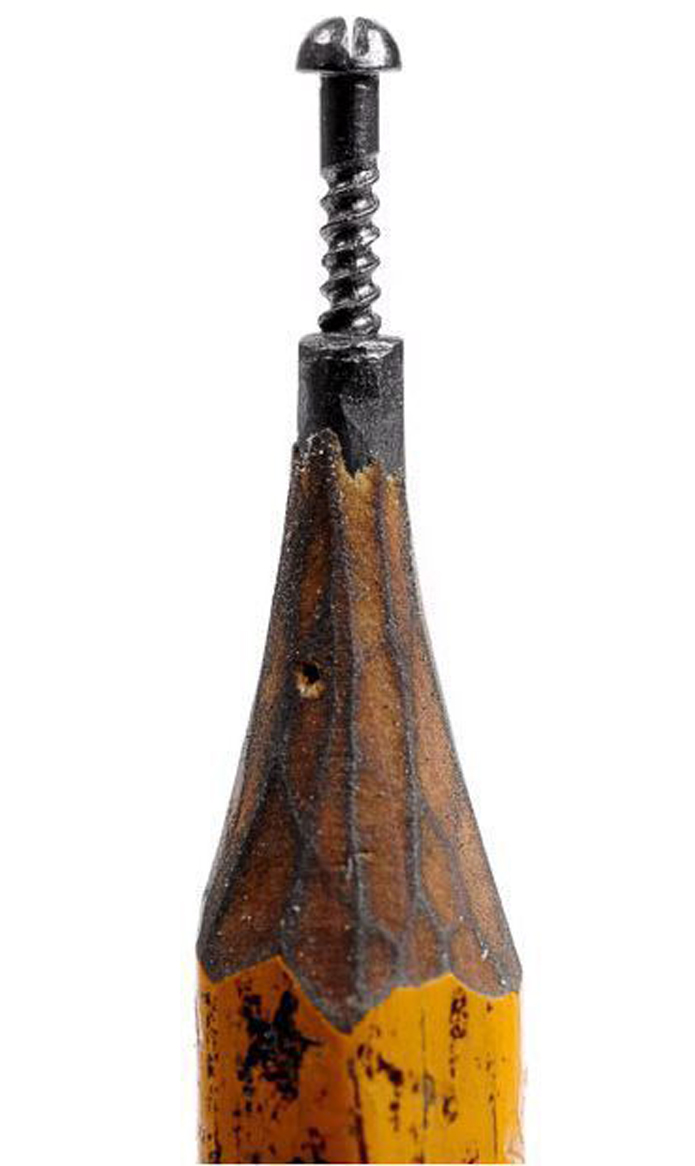 If you’re feeling like you need to take a good look at your brand (with the use of a magnifying glass) why not give us a call.