The Commonwealth Games in Delhi are in full swing. And while all the action goes on, the lead up to The Games have the city buzzing with activities, preparing for international media focus. It is a unique time for a city to wrap its cultural, aspirational and significants around a sporting event.

How each city chooses to represent itself in its visual language is always fraught with controversy and criticism. While the event is solely about sporting prowess, the visuals should incapsulate the the spirt of unity, competitiveness, the culture of the city, its people and also, probably the curliest requirement, communicate the aspirational qualities of the city. For a place like Delhi, a sprawling metropolis that is as diverse as it is large, the task would be mind bending. 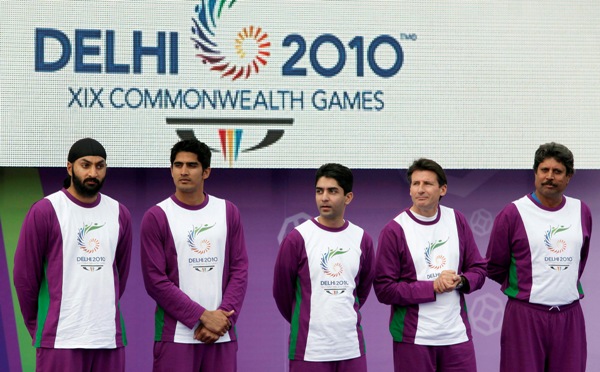 An explanation of the Delhi brandmark from the creators explains, ‘The logo depicts an India and an Indian who wants to reach higher, who no longer wants to be restrained but has the confidence to reach his/her full potential.” and “The games and the design of the games logo has been an opportunity to explore the Indian Idiom of design and to create a legacy. In the future, whenever the games are discussed or the 19th Commonwealth Games are discussed, the logo will be used as the representation and it best represents our times. Where, we each want to do our part to make the nation reach higher and achieve its ‘true destiny’ (as Rabindranath Tagore puts it). Which is why the chakra and the nation have been the staring point and the individual is the dynamic force or the creation”, both very solid thoughts for a city that needs to look to the future and communicate hope and prosperity for its residents. I would love to know how you feel about the mark, does it represnt the spirit of Delhi and The Commonwealth Games?

The Delhi brandmark got me thinking about how other city’s have approached creating their mark, so I have compiled a short history Commonwealth Games brandmarks. It is an interesting insight in how trends change and interpretations evolve.

I was suprised how little magic I found in the Commenwealth Games brandmarks, especially compared to some of the Olympics Games marks.

If you would like to talk about how your brand or event can have some real sass, drop us a line.