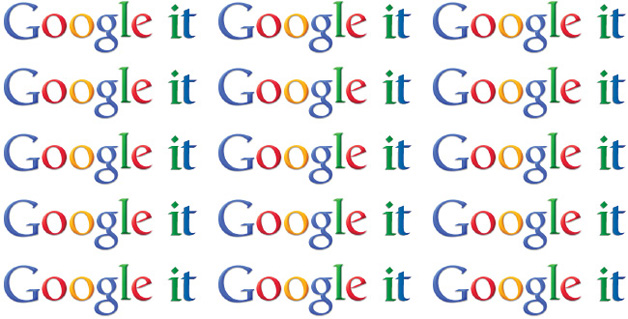 The Evolution of the English Language

After a meeting earlier this week with the executive team at Melbourne University’s Ormond College, I found myself thinking about two things.  One, why I didn’t attend the college myself, and two, how many brand specific words I use in every day language.

The topic of brand language is always a prominent feature of discussion in our studio as we work with our clients to bring their brands to life, but during the discussions on Tuesday a comment was made about the evolutionary nature of the English language. And specifically, how it is constantly evolving as new words and phrases are adopted en masse, often inspired by new brand specific language.  A classic example is Google.  Founded by Larry Page and Sergey Brin, aka the ‘Google Guys’ in 1998, Google’s mission was to ‘organise the world’s information and make it universally accessible and useful’.  Google is so synonymous with online searching that ordinary people around the world are saying they will just ‘Google it’.  Google is also now a featured verb in the world’s dictionaries, with the Oxford dictionary describing it as the ‘search for information about (someone or something) on the Internet, typically using the search engine Google.’

Out of curiosity, this inspired me to go on my own little Google adventure to search for other words that have become commonplace as a direct result of a brand.  Here are five for you to ponder:

Originally a trademark product from the Hoover Company in Ohio, its popularity has led to vacuum cleaners all over the world being referred to as Hoovers, and the actual act of vacuuming becoming known as ‘Hoovering’.

Johnson & Johnsons trademark adhesive bandage product has taken on a life of its own, and is not only a term used when describing the physical product but also when individuals or businesses are creating their own ‘band-aid’ solutions for just about everything.

Apple was bound to make the cut with its innovative and excessively popular technology, and the IPod is just one example.  The term ‘IPod’ has been used to describe all manner of digital audio and MP3 players, not just the Apple product.

In the U.S., France, Canada, and to a lesser degree in Australia, Kimberly-Clark’s brand, Kleenex, is now a term regularly used to describe any brand of facial tissues.

Xerox is one brand, which actually tried to prevent itself from becoming a generic noun or verb with advertisements with statements like ‘You can’t make a Xerox’. Ironically, Xerox too made it into the Oxford dictionary as a noun and a verb.

If you would like to know how you can try and have your brand language added to the Oxford Dictionary, or just want to tell us a few more brands that you use in common language, why not give us a call.

Creating Places with Meaning At Truly Deeply we spend much of our lives developing brands for places. Whether planned residential developments, apartment developments, retirement living communities, commercial developments and...

The Holy Grail of Brand Effectiveness. One of the toughest parts of rebranding is the risk associated with selecting which brand mark concept to choose. There are few business...

It’s increasingly very difficult to stand out in the highly competitive world of upscale hotel and resort brands. That’s why Club Med took my by complete surprise – in...

The Book on Australian Creative Talent Designation is a 300-page collection of work by Australian creative talent. A well-rounded mix of high profile and emerging creatives over a range...

The recently revealed brand image for the Paris 2025 Olympic and Paralympic games has created something of a stir on the web. As with every other category, the market...