Increasingly brands seem to be leveraging a realm of different spaces and as a result we’re noticing some pretty awesome and unbelievable art installations. In saying that there comes some risk for brands big or small to attempt these installations because if they get them wrong they’re going to have the exact opposite of the desired effect.

A branded piece of art (like any art) is so subjective and can be viewed in many ways ranging from too promotional, too imposing, too loud and often an intrusion into ‘public spaces.’

But of course when done right, this kind of brand experience (whether a brand or not) can work wonders for brand recognition or simply make people take a second look and think, that’s a great creative idea.

Mega brands such as adidas, BMW, Coca-Cola and Nike have been doing this type of branded art for years and very effectively and why not? their budgets are enormous! As huge recognised worldwide brands they often tend to take new and up-and-coming artists under their wings generating a huge online buzz not only for the brand but also for the piece of art, the location and of course the artist.

Nike’s 20 metre high, 4.75 tonne ‘Ball Man’ made of 5,500 Brazilian skill balls was an incredibly huge hit during the recent FIFA World Cup in South Africa. Created by Leicester based Ratcliffe Fowler Design using a 3D image of Carlos Tevez, it was the centerpiece of a Nike installation in Carlton Mall Atrium, Johannesburg. Thoughtfully the man was designed so that the skill balls remained virtually intact enabling them to be donated to the community after the closing of the exhibition. 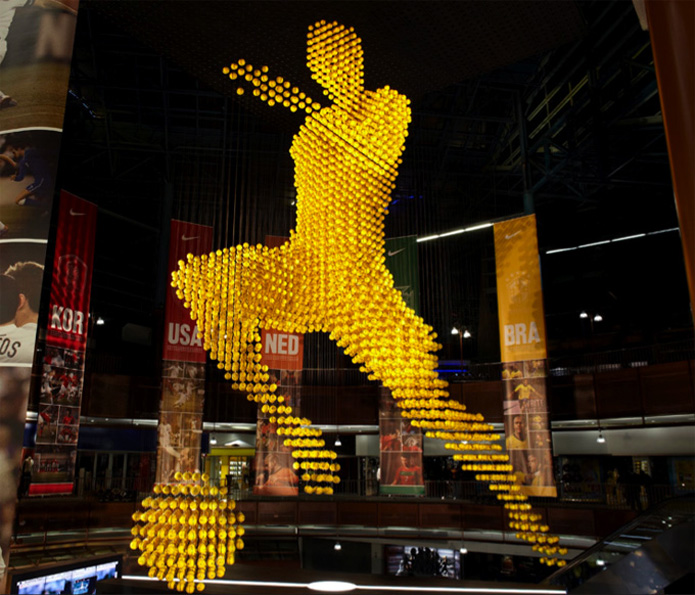 Also at the World Cup, Coca-Cola took advantage of the Crate Man craze and installed a 54-foot ‘crate fan’ in Cape Town at the Victoria and Albert Waterfront Harbour – it was built out of 2,500 Coke bottle crates and weighed 25 tonnes. 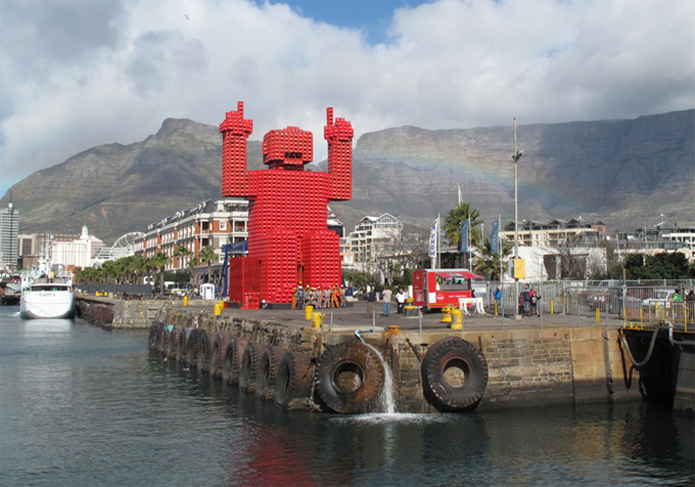 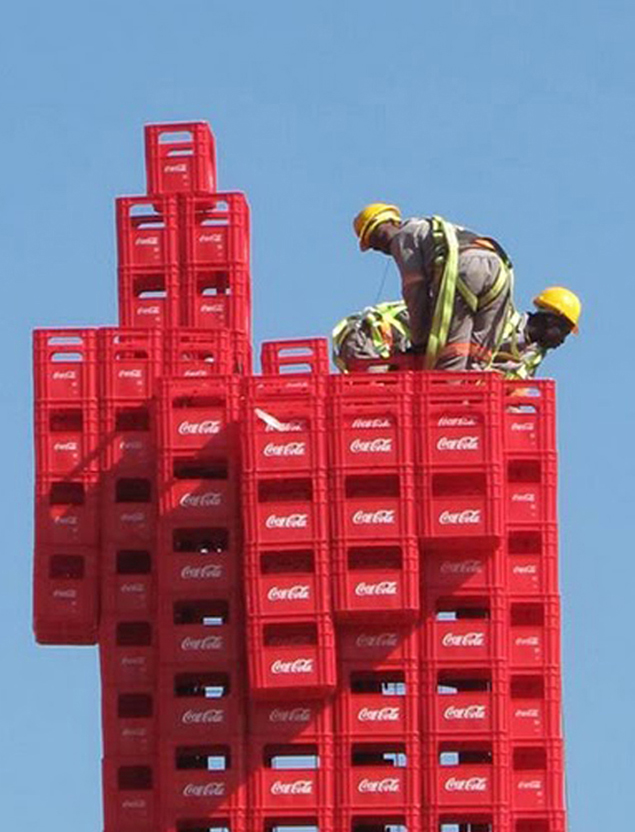 On the other foot take a look at the below that are purely original, fresh and fun – no associated brand but because they’re cool they create real viral attention. 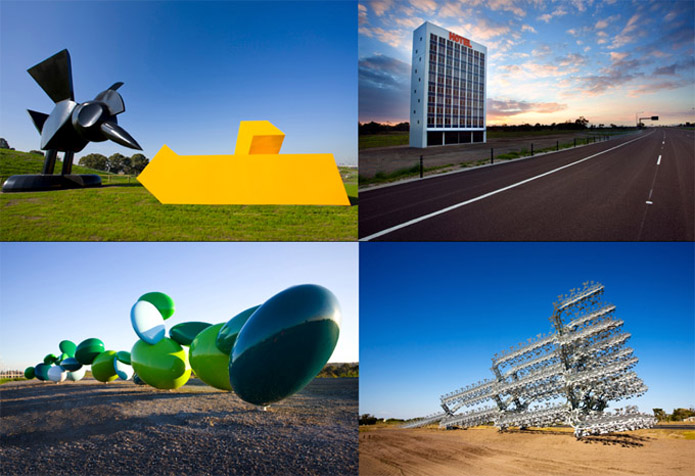 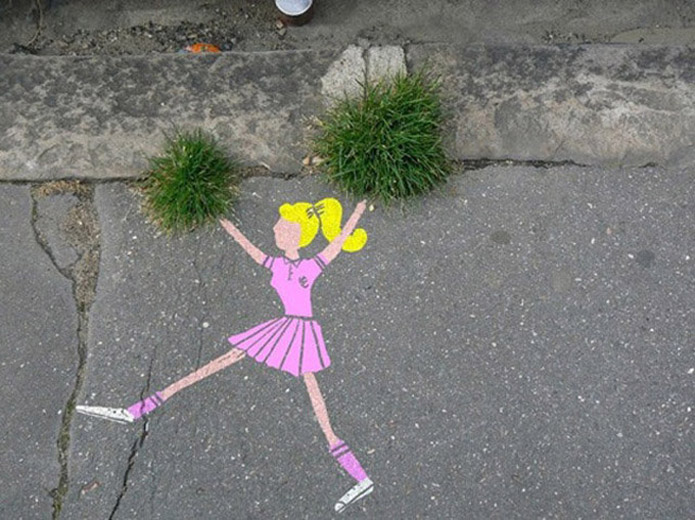 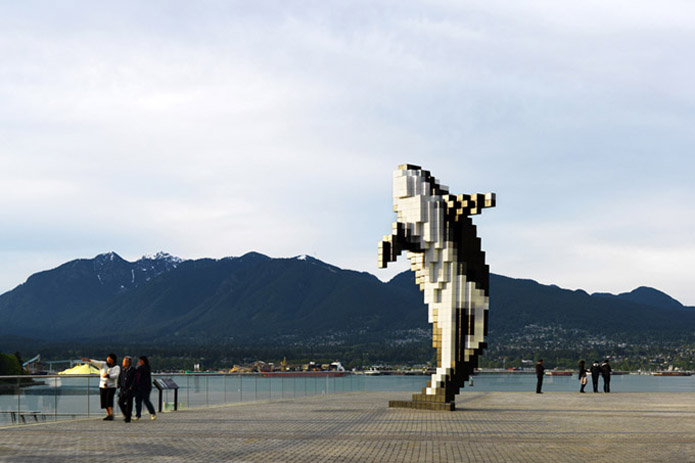 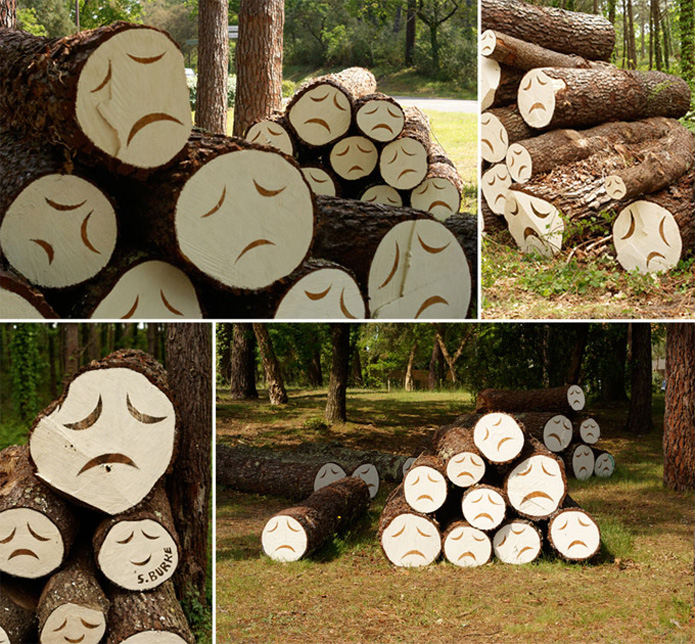 If you’d like to see your brand create real viral attention why not give us a call, we’re ready to find a space to install your art and gain that recognition you’re after.