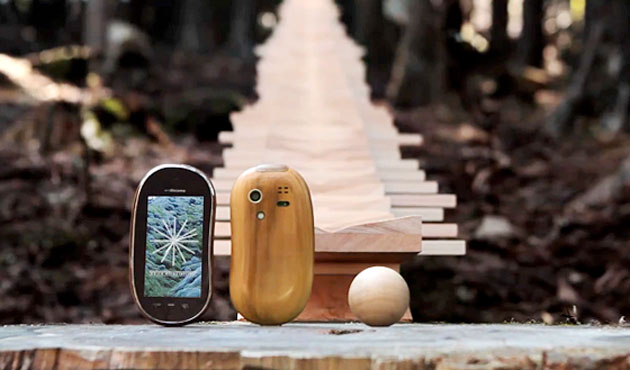 Docomo. Creating Organic Technology.
More and more we are seeing mobile phone based companies competing to slim line products to feel organic and seamless attempting to keep up with Apple’s domination of the mobile phone market. User interactions with products that are effortless and seamless has become the challenge and Docomo (Japan’s premier provider of leading-edge mobile voice, data and multimedia services) has taken on this idea from a different angle.

Docomo‘s Touch Wood Mobile Phone
Announced on Docomo’s website, Docomo’s released that it has developed a mobile phone prototype made with the surplus wood of trees culled during thinning operations to maintain healthy forests. The prototype was created in collaboration with Sharp Corporation, Olympus Corporation and “more trees,” a reforestation project founded by musician Ryuichi Sakamoto and others. 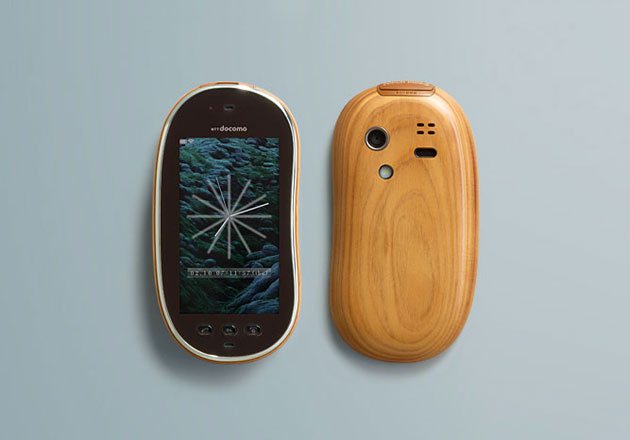 The cypress wood body of the prototype, named Touch Wood, features excellent durability and resistance to water, insects and mildew thanks to special three-dimensional compression molding developed by Olympus Corporation. Conventional natural wood is not suitable for use as mobile phone bodies because they tend to wear out quickly. Each Touch Wood handset features its own distinctive grain patterns and natural coloring. No artificial colors or paints are used, so the cypress retains its original natural appearance and aroma. The wood also has an attractive shine that is created during the compression process. 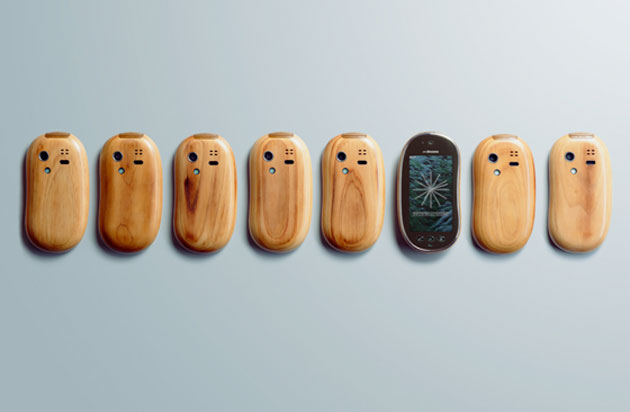 The Touch Wood is made from the surplus wood of trees culled during forest-thinning operations. This new commercial use for thinned wood, which traditionally has only limited applications, helps to preserve other wood resources while strengthening the health of overgrown forests. So far, Touch Wood production has used wood culled from the Shimanto forest in Japan’s Kochi Prefecture. The forest is managed by the more trees project.

Even more impressive is the TV ad that accompanies the organic Touch Wood aesthetic and reinforces the brand personality of Touch Wood.

As a brand expression in its purist form, Docomo have created a product with infinite design aesthetic possibilities. As a piece of technology in competition within such a competitive market place, lets only hope the user interaction is a beautiful and simple as the organic wood implies.