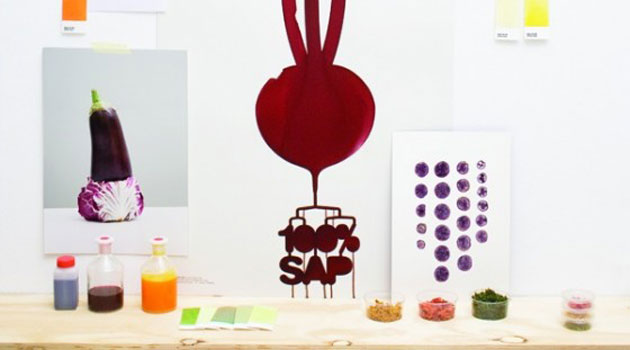 It’s not unusual for a designer to become consumed with a single project, think of Stefan Sagmeister’s AIGA poster. For Christoph Brach and Daniera ter Haar their obsession, a project called Raw Color, even gave their studio its name (the project has since become known as 100% SAP to avoid confusion). 100%SAP is visual research about vegetables and the power of natural colour. Vegetables are purified to their visual essence ‘Raw Color’, a natural ink to feed a new printing process which enables the viewer to watch the posters print slightly grow.

Raw Color silk-screened a pattern in special absorbent fiber onto a sheet of paper, ran a few raw beetroots through
a juicer, and waited as the liquid seeped slowly through the fibers, in effect printing the pattern with a dark red “ink.”
They took the project a step further by creating a coded Pantone-like system with vegetable dyes, extracting intense
blues from the juicing of a red cabbage, a dove grey from a white beetroot, and combining vegetables to create new
colors and shades.

What connects each stage of the 100% SAP project — and what unites Raw Color’s work in general — is a steadfast devotion to the exuberant exploration of color. “White isn’t wrong,” says ter Haar, “but it does mean you don’t have to make a specific choice.” Their work incorporates fashion, photography, styling, and graphics, and as Brach points out, “Color is a really nice connection between those disciplines. We use it almost as a material, and it’s transformative the way it can make something seem hard or light or heavy.” 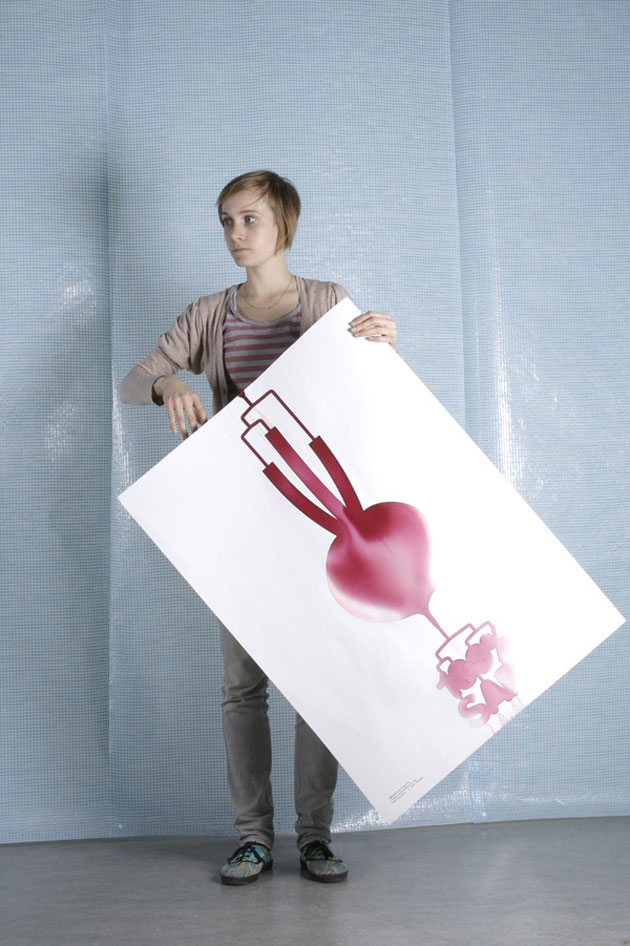 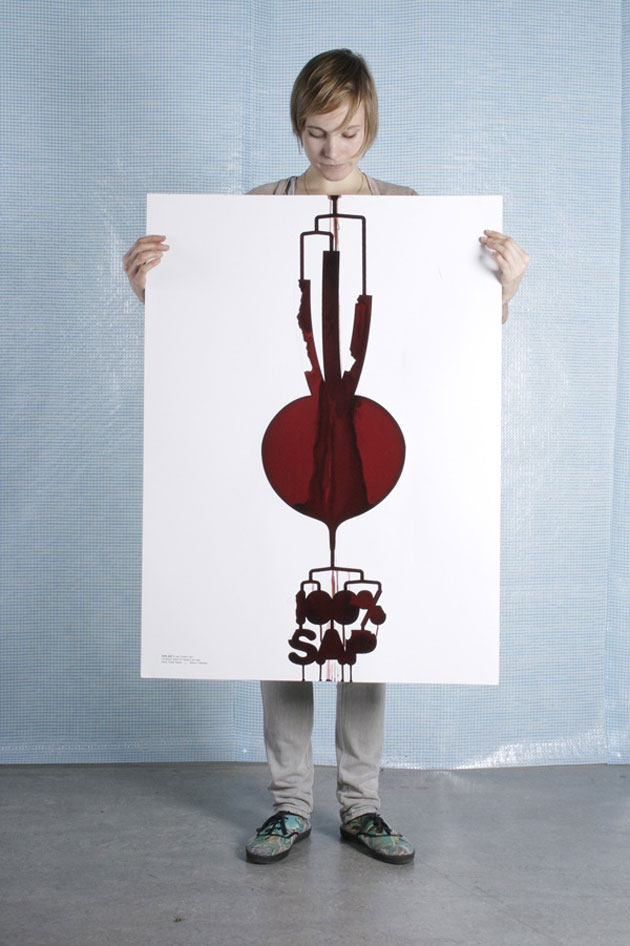 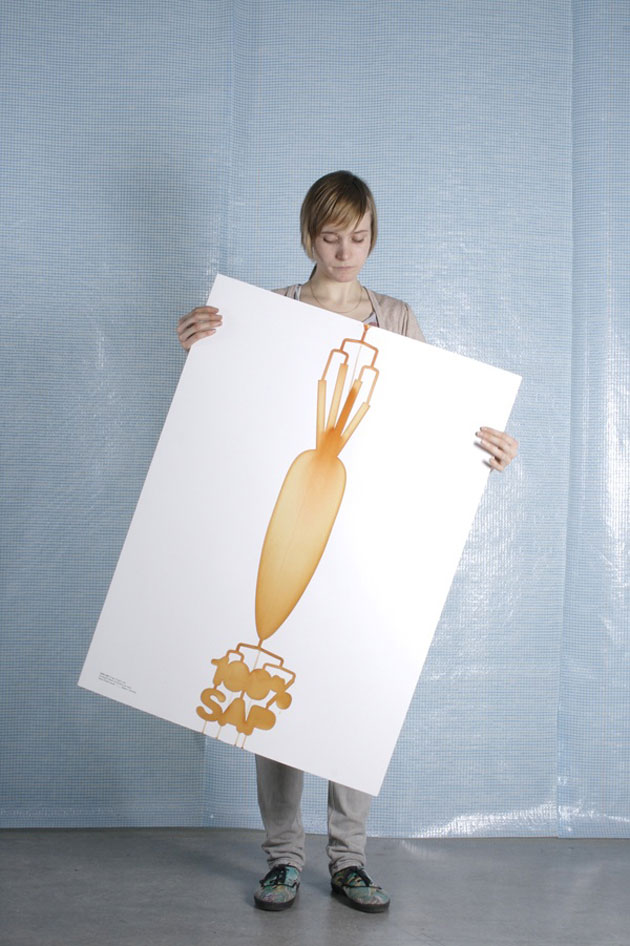 Raw Color discovered the three strongest pigments — red cabbage, beetroot, and pumpkin — were remarkably similar to Cyan, Magenta, and Yellow. They filled the cartridges of a Canon printer with the natural dyes and created a series of striped inkjet prints. Most recently, they were contacted by a Dutch fashion label asking if the duo could use their vegetable tints to dye textiles for an upcoming collection.

The 100% SAP project not only reinterprets the vegetable putting it into a new context but has created a natural Pantone-like system.

If you’d like to talk to some people who spend way too much of their obsessing about colour.
give us a call.