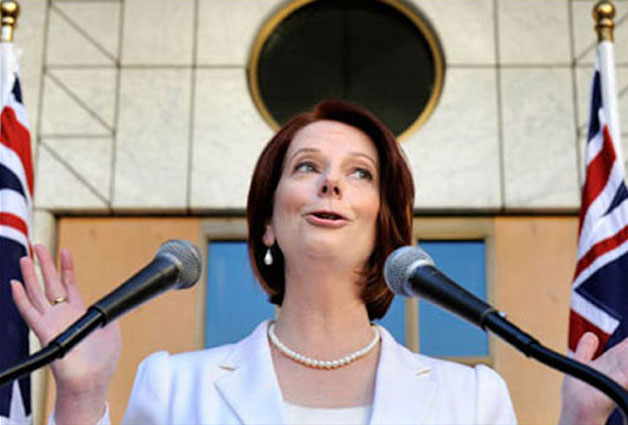 For those of us playing in the brand space, we have been very well drilled over recent years to the need to create compelling brand narratives. The need to become masters at the art of storytelling. To captivate, enthrall and evocatively strike such  an emotional blow that our target market is left spell bound and connected for ever.

We have for months also been hearing how the current Labour Party in Australia lacks a compelling narrative. Even the former PM Paul Keating has been offering assistance. A complex task for sure and one that will judged in due course at the next election. However, one call for better storytelling that recently caught my attention was the suggestion by Cardinal Gianfranco Ravasi, as reported in Age 8/11/11,  that sermons delivered by Roman Catholic priests are often painfully ‘grey and dull’ and need to be livened up with the ‘scandal’ contained within the Bible. He said, and a great reminder for all, (sorry about this grey, dull, scandalous free blog) that …’the advent of televised and computerised information requires us to be compelling and trenchant, to cut to the heart of the matter, resort to narratives and colour.’

The cardinal’s views were not quite enough for me to find a copy of the bible, but do what every spiritual digital being would do…and google the ‘big bible stories’. It was the top ten categories, the most awkward, and the most bizarre categories that caught my attention. Within those categories, on two different sites, I found some interesting overlap of stories. But the real delight is the different take on the same stories. Foreskins may not be top of mind for you, so I am not sure how you feel about 200 of them. 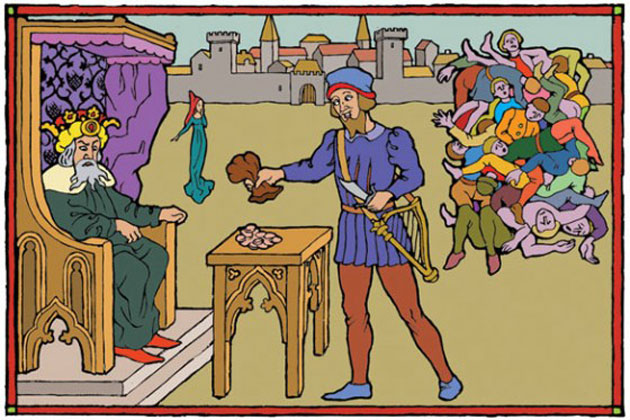 Before the handsome, successful, and wildly popular David became Israel’s king, he had to put up with a rather jealous King Saul, who hated his guts and wanted him dead. Chucking spears at David wasn’t working out very well for Saul, so when he discovered that his daughter Michal was in love with David, he had an idea – put David in a situation that would result in his death at the hands of Israel’s enemies, the Philistines.

In order to win Michal’s hand, Saul declared, David would need to bring in the foreskins of one hundred Philistines. In other words, if David wanted to marry Michal, he had to go slaughter a hundred enemy soldiers and bring back proof. Technically, the task was a suicide mission, so when David and his men actually returned (with a surplus), Saul was understandably shocked and had to hand over his daughter.

Before Byron, before Casanova, there was David. Young and in love, David desperately wants to marry Saul’s daughter Michal and offers Saul anything he wants to let him marry her. What could Saul possibly want? Money? A vow of love? No. Saul wants foreskins. 100 to be exact. Why? Who cares. If you want my daughter, you’re going to have to find 100 foreskins by tomorrow. David finds this odd, but then again this girl is hot, so he goes out and kills 200 men, and collects their foreskins. It’s only then he remembers that he only needs 100 foreskins. Oops. Oh well, maybe if he hands over twice as many foreskins, Saul will be doubly as impressed. Indeed he is and duly hands over his daughter to David.

The moral of this story? Never be ashamed to do crazy things for love.

Well you be the judge. Perhaps the Catholics have a bit more up their sleeve for storytelling than the Government. Or should in fact the government be looking to the Bible for inspiration?

Yeh, a little obscure I know. Why not!