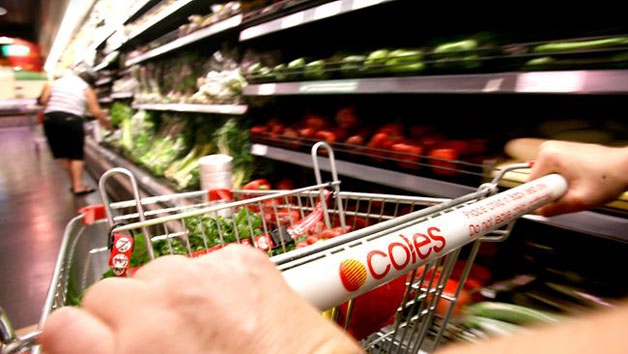 Yet again, Coles and Woolworths are set to battle it out in a price war. This time its fruit and vegetables with Coles trying to steal the “fresh food” crown with its new campaign; “There’s no freshness like Coles freshness”.  Woolworths, badged “The Fresh Food People”, is expected to counterpunch in the coming days to protect its brand.

As Chief Executive Mr O’Brien said, Woolworths had worked hard over the past 25 years to become the market leader in fresh produce and “We’re not going to let it go”.

The price war is becoming all too familiar to Australians, with prices constantly getting slashed across the supermarket shelves.

This new battle began on Monday when Coles announced it would reduce the cost of selected products by up to 50 per cent.  If Woolworths follows suit, fresh produce will become the latest product to be heavily discounted by the supermarket giants, following price cuts to milk, bread, toilet paper and washing powder by both companies in the past year.

During the coming weeks, Coles shoppers will see weekly “super specials” on five to 12 items across the fruit and vegetable section.  The specials will involve slashing regular costs by up to a half.  The latest stoush comes as shoppers cash in on the best fruit and vegetable supply in a decade.  Superb growing conditions after years of crippling drought, flood and cyclones has driven down prices for many goods in recent months. 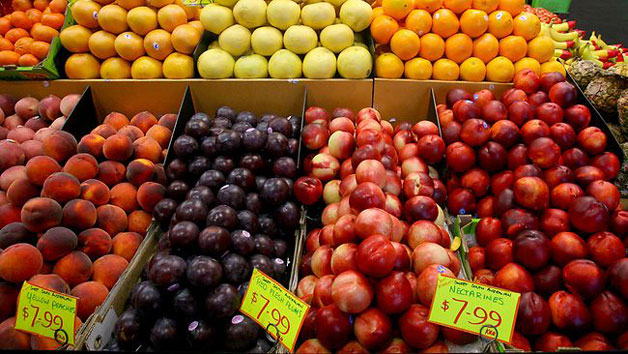 In true PR form, the General Manager for fresh produce at Coles, Greg Davis, said the company had worked closely with growers to transform their fresh fruit and vegetable prices, investing in new growing techniques, quality control, store displays and now lower prices for customers. A spokesman for the company, Jon Church, said it had invested millions in the campaign but had worked with suppliers on an agreed price.

However, according to Nicky Phillips’ article posted today in The Age, the peak body representing vegetable growers, AusVeg, said the announcement was ”concerning” because, while an oversupply of produce this season meant some growers would benefit in the short term, it was unclear what impact the price reduction would have on the industry over time.  ”By giving growers a commitment that we will take as much of their crops as we possibly can we have provided them certainty that they have a market for their product,” he said.  But a spokesman from AusVeg, William Churchill, said the push by the major retailers to capture market share would put pressure on other growers who did not supply Coles, as competitors tried to replicate the offer to their customers.  ”We can see that the supermarket wars have well and truly arrived in the fresh produce industry and this fight will get savage,” Mr Churchill said. 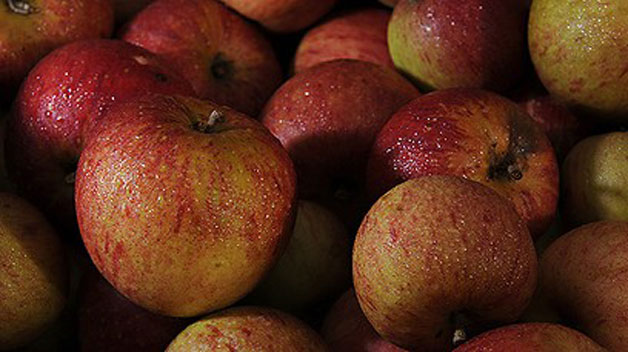 A spokeswoman for Woolworths, Claire Kimball, would not comment on whether Woolworths would follow its competitor and drop its prices, but said fruit and vegetables had been depreciating for the past 12 months due to the volume of product on the market. She said the lower prices would continue for some time.  Woolworths will announce its second-quarter sales today, and analysts from Goldman Sachs expect the company will report lower growth in food and liquor sales compared with Coles, which will make its announcement on Thursday.

With Coles and Woolworths determined to compete with each other on price at levels unsustainable for their smaller counterparts, it is imperative that smaller retailers and suppliers look at their brand and work out how they can add value.  They need to offer something unique, something that will make consumers choose them despite the price difference.  Are they better quality? Do they have a unique brand story that can be leveraged? Are they Organic? Whatever their unique value proposition is, they need to make sure the market knows and understands it.  It’s not worth having a strong brand asset if no-one knows about it.

If you want help determining how best to market your brand, why not give us a call?