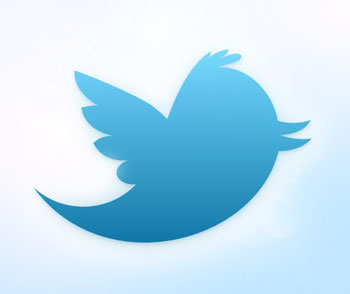 Picture this. You are the marketing executive for a large multinational stationery company; you come back from your lunch break and discover you’ve got 100 missed calls, 1000 unanswered emails and a corporate disaster rapidly unfolding at your desk. What do you do?

This may have been the scenario facing one or several unlucky employees at Paperchase — one of Britain’s largest stationery retailers — last Thursday.

Within the space of a couple of hours — little more than the length of an extended lunch break — the company had become the subject of a global Twitter onslaught that may well damage it beyond repair. The attack was in response to the allegation that Paperchase had plagiarised an independent British artist’s drawings for use on a range of its products.

It all started quietly enough. The artist, who goes by the name of Hidden Eloise, noticed that Paperchase had used a bastardised version of one of her drawings on a range of its products, including notebooks, albums and tote bags. Her requests to the stationery giant to stop using the image fell on deaf ears. Or, maybe it went through to one of those auto reply, never-read “consumer complaint” email addresses.

In any case, Paperchase actually increased the use of the image on its products after the complaint was made.

Put off by what she was told would be a $40,000 legal fee to fight the case properly, Hidden Eloise resorted to what any self-respecting artist in 2010 would do. She wrote a post about it on her blog. The blog posting was quite polite, given the nature of the charge, but in it she urged people to write an email to Paperchase. This was back on Wednesday.

While the response was encouraging, it wasn’t overwhelming. A few hundred people posted on the blog with supportive messages. Some said that they had written to Paperchase, others said they had tweeted about it on Twitter.

The tipping point came on Thursday when Neil Gaiman — an English fantasy author with a 1.5 million-strong army of Twitter followers — tweeted about the cause to his supporters . From there all hell broke loose.

Tens of thousands of tweets, retweets, blog posts and forum comments followed. By lunch time it was in the top 10 trending topics on Twitter globally. Within hours Amazon had pulled from sale the Paperchase products in question. There was no response from Paperchase — it seems that it didn’t even have a Twitter account. Phone calls to the company were apparently diverted to voicemail. Maybe its staff were out at lunch.

Consumer discontent doesn’t come in drips these days, it comes in tsunamis. Crises don’t build, they explode. Even five years ago Paperchase would have been able to nip this crisis in the bud before it did much damage. Not any more. It didn’t even have time to prepare a press release. The destruction had occurred before it even knew what was happening.

But then five years ago this crisis may not have even happened at all. Hidden Eloise’s complaint could have been fairly safely ignored in the belief that she would never take it to court and that, at worst, she might convince a few friends and family not to shop at the stationery chain. It seems that Paperchase may still be operating as if it’s 2005.

So what should the company have done? Well, for starters, not copying a defenceless artist’s work would have helped. But what if it hadn’t in fact copied the work at all and the resemblance was an uncanny coincidence (which is essentially what the company eventually claimed on a belated web posting)? It would have made little difference. Its protests of innocence would not have been heard above the orchestra of tweeters and bloggers out for blood.

The experts will be saying it should have had a crisis plan in place. But what plan can possibly prepare you for a wildfire that spreads so rapidly and with such ferocity?

Should it have pulled the product and provided compensation? It probably will do this, but the damage has already been done.

The real lesson is this: don’t ever underestimate your consumers, don’t ever hide anything from the public (they’ll find out anyway), don’t ignore emails from young artists claiming you plagiarised their work and never, ever go out for lunch.

James is a freelance copywriter and marketer from Melbourne, Australia.
He is regular contributor to titles such as The Melbourne Age, The Sydney Morning Herald and Marketing Magazine on topics as diverse as Barbie’s 50th Anniversary, why your company didn’t invent the iPod and how the Australian parliament could be turned into a reality TV show.
In another life James was Marketing Manager for STA Travel (both in Australia and the UK) and now freelances – as a copywriter and marketing consultant – for a number of brands and agencies.
To contact James or to read more of his writing, visit www.jamesschloeffel.com