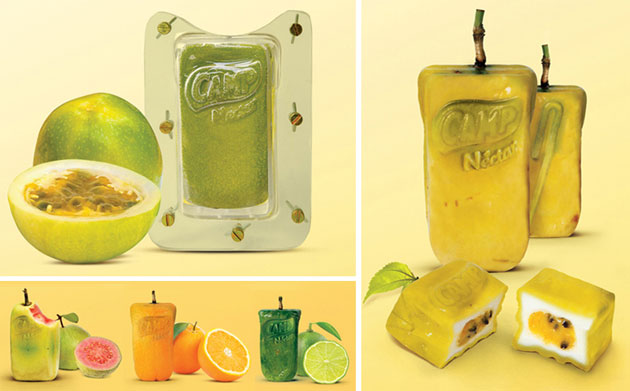 To show that Camp Nectar’s fruit juice is all natural Brazilian creative agency ageisobar created a real life fruit juice box. Brazilian juice company Camp Nectar appointed AGE Isobar to demonstrate that its products use ‘all natural’ ingredients. The ad agency came up with a clever idea to naturally grow fruits such as guava, orange, and lime, into the shape of Camp Nectar juice boxes.  After two years of experiments on a farm in Paranapanema, the agency was able to pick fruit from the tree in the form of a Camp juice box.  Plastic molds covered the fruit so as it ripened, it would grow into a rectangular shape with the brand embossed on the fruit. Around 1,100 of these clever all-natural fruit boxes were produced and are used as promotional products around supermarkets and fruit stalls.

In today’s busy market, it is imperative that brands stand out from the crowd, that they have something unique and own able that enables potential customers to connect.  We have all see the “Made with Real Fruit” claim that is printed on packages of your favorite snacks and drinks, and are reactions are often sceptical at best.  However, this often dubious claim, has been taken to a literal level by Brazilian brand Camp Nectar in a new campaign from agency AGE Isobar. 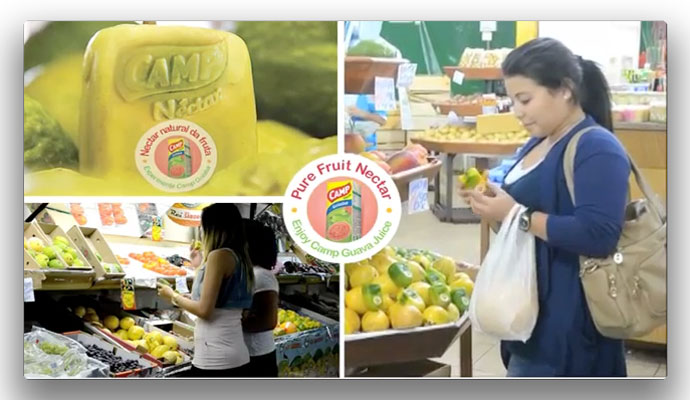 To vouch for what’s in the pouch, customized juice box molds were placed around budding fruit, and after two years of experiments, 1,123 oranges, lemons, passion fruits, and guavas took on the intended shape and imprints–right down to the straw and carton flaps. As part of the campaign, Camp Nectar took to supermarkets and fairs to herald their all-natural juices, and, of course, show off their botanically impressive feat of manipulating Sapindales. 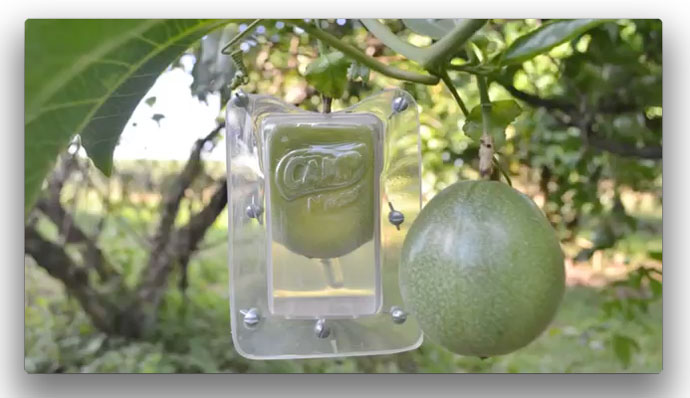 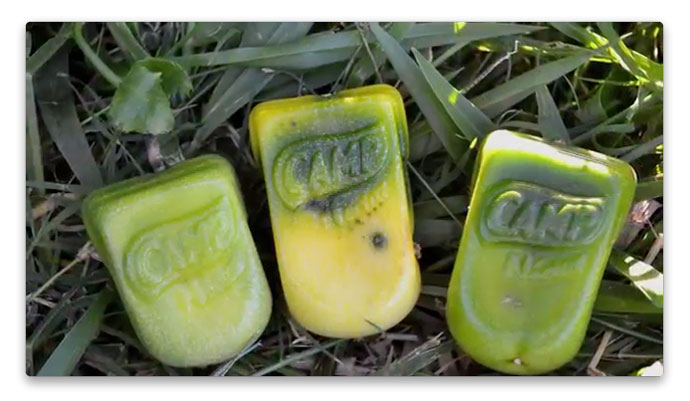 See how the campaign came together, and get “Old MacDonald Had a Farm” irrevocably lodged in your head, below. The video was made and the box shaped fruit was also displayed at the APAS 2012 Fair, the largest Brazilian supermarket market, and sent to a mailing list of juice drinkers.

Originally spotted on fast to create.