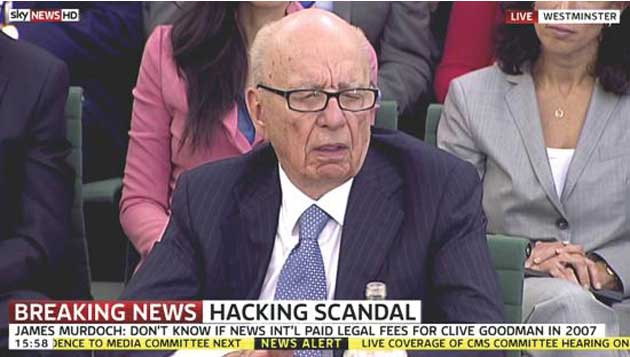 Truly Deeply Director of Brand Strategy, Michael Hughes was quoted in the press this week regarding his views on the impact to the News Corp. brand of the current media hacking scandal in the UK.
News Corporation’s brand is likely to be tarnished by the findings of the British hacking report but brand experts say the breadth of the business will buffer it against the impact outside Britain.

Michael Hughes, director of brand strategy at TrulyDeeply, which has worked for brands as diverse as Smorgon Steel (sic), Transurban, ANZ Bank and National Foods, agreed much of the impact would be in Britain. “The major impact . . . in Australia is more likely to be on the corporate brand at an investor level,” Mr Hughes said.

“There is a potential lack of confidence in how the business is run. Similarly, the relationship with the government has already been affected — if not used as an excuse to gain political points.”

That could have a flow-on affect on the businesses and their ability to grow their media assets, Mr Hughes said.

News Limited, publisher of The Australian, could also face tougher and perhaps unfair restrictions, which could hinder its ability to compete and deliver its product if the political storm developed into a regulatory backlash, he said.

You can read the complete article by Simon Canning from The Australian, May 03, 2012 by clicking here.

Send us an email
[email protected]ydeeply.com.au