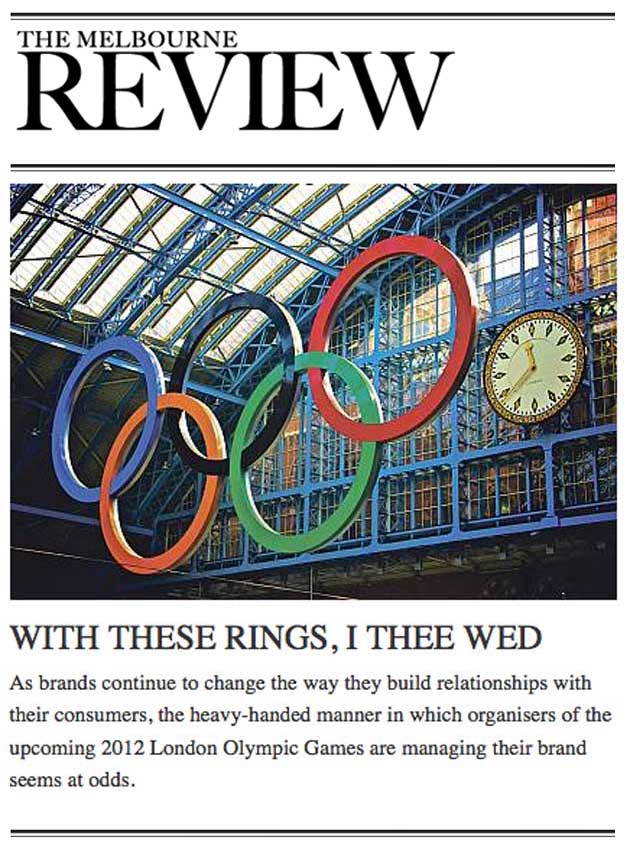 If only we had a dollar for every conversation regarding the way digital and social media have changed the brand paradigm. In the last two decades of marketing history, nothing has impacted the manner of relationship between brand and consumer like the digital revolution – and more specifically social media.

The manner in which social media shifts the power in brand relationships from owner to consumer is having a major impact on the mindset of those building brands, and the expectations of consumers on the role they rightfully get to play in the life of those brands. Today’s consumers are more empowered, critical, informed and demanding than any previous generation. Their brand views are heavily influenced by social networks, blogs and peer review forums in what is being termed ‘word of mouse.’

The new paradigm of brand ownership sees an equal distribution of influence between those who manage the brands and those who consume them. Andrew Dalglish, Co-founder of UK B2B market researchers Circle Research suggests, “Your organisation doesn’t own its brand. It can shape it, manage it, but never own it. That’s because a brand is not what an organisation says it is. It’s what the market believes it to be.”

Brands owners are taking on the role of managers, engaging with their community of brand fans, sharing conversations, product development and most importantly the meaning of the brands. The biggest shift for brand owners is that they’ve become influencers rather than benevolent dictators. In the words of American Express chief marketing officer John Hayes, “We went from a monologue to a dialogue. Mass media will continue to play a role. But its role has changed.” “At the end of the day,” says Virgin Atlantic Airways chief executive Steve Ridgway, “we fly exactly the same planes as everybody else. If we get our customers off the plane happy, and they go on to talk about that and get others to come and then come back again themselves – that’s a huge marketing tool.”

Both Gap and Starbucks have felt the power wielded by their customers when they updated their brand identities in 2010 and 2011. In both cases the changes to their visual brand assets were met with howls of protest begging the question: so who exactly owns the brand mark? Whilst Starbucks responded with a strong hand and business rationale in support of the change, Gap’s response was a quick backflip, reverting to their previous brand identity to which their customers felt such a strong affinity.

Barclaycard in the US is a brand that understands the new world, recently leveraging the power of their engaged customers to launch Barclaycard Ring MasterCard, the world’s first social credit card which offers card members the opportunity to shape the product and share in its financial success.

Over past months we’ve observed the approach of the London Organising Committee of the Olympic Games (LOCOG) to the management of their brand which has been in distinct contrast to the broader consumer-led trend of brand ownership. As a much-loved brand, the public’s expectation is that ownership of the Olympic brand is shared by the competing athletes, organisers, Olympic Committee, volunteers, spectators and the world’s sports loving population. But in their quest to protect the equity in the Olympic brand and the value of commercial sponsorship relationships, LOCOG is taking a hard-line approach to brand management. Legal experts are calling these the most stringent restrictions ever put in place affecting every Olympic athlete, ticket holder and UK-based business.

In defiance of the spirit of consumer brand ownership of the London Olympic Games, top tier sponsor VISA has been accused of exploiting spectators by banning the use of rival cards. By ordering the closure of all cashpoints which accept MasterCard or American Express, non-Visa customers won’t be able to use credit cards to pay for goods at any of the games venues. The reaction from the general public has been significant with VISA facing a potential backlash beyond the games, but also with a lingering impact on the spirit of the Olympic Games brand itself.

Even more disturbingly, the rigid application of copyright rules over the London 2012 logo has seen a number of widely publicised incidents such as 81-year-old widow Joy Tomkins being forced to withdraw a hand knitted doll from her local church sale to avoid legal action over the ‘GB 2012 and Olympic rings’ she’d embroidered upon it. In East London, a long-established kebab shop has been forced to change its name from ‘Olympic’ to ‘Lympic’ after it was threatened with a lawsuit from the Games organisers. And in a gesture that strikes to the very heart of being British, pub landlords will be banned from posting signs reading: ‘Come and watch the London Games from our big screen’.

Further, the passionate force of 70,000 volunteers so critical to the spirit and delivery of the Games have been instructed not to use social media to post photos and updates about the Games. Likewise spectators attending the Olympic Games are to be barred from sharing Facebook photos or YouTube videos of the event.

However, Olympic Athletes face the strictest sanctions of all with threats of prosecution from LOCOG for broaching the blanket ban on posting any message or photo to social media linking them in any way with products or brands that aren’t official Games sponsors. Interestingly this restrictive approach seems at odds with the International Olympic Committee who have not issued any restrictions on the use of social media.

Whilst close management of brand messages makes good commercial sense, Olympic organisers seem to have lost sight of the values on which the brand is built. As consumers and sports fans alike continue to evolve their expectations of brand and customer relationships, even the world’s largest and most loved brands must stay abreast to retain their relevance. If they wish to maintain the very brand equity they are so desperate to protect, the Olympic Games and their organising committees will need to manage the brand in a manner that truly shares the experience with those who feel emotional ownership. As we approach the Opening Ceremony it appears sponsorship dollars are well and truly the gold medal winners, with most other stakeholders seemingly unable to qualify for a spot on the team.

Athletes are banned from:
• Endorsing any product that is not a product of an official sponsor on any form of social media – during Games period all endorsement is banned.
• Post video clips from inside the athletes’ village to your blog or YouTube. No audio or video content from inside any Olympic venue can be uploaded to any site.
• Post “in the role of a journalist”. Athletes “must not report on competition or comment on the activities of other participants”.

Non-Sponsor Companies and Businesses are banned from:
• Saying: “Supporting our athletes at the 2012 Games!” or “Help us make it a Gold 2012!”
• Using images that suggest an association with the London Olympics.
• Offer tickets as part of a promotion.

Ticket holders are banned from:
• “A Ticket Holder may not license, broadcast or publish video and/or sound recordings, including on social networking websites and the internet.”
• Post your pictures to Facebook – this may fall under the same restriction.
• Take part in any ambush marketing activity, “including, for the avoidance of doubt individual or group ambush marketing”.