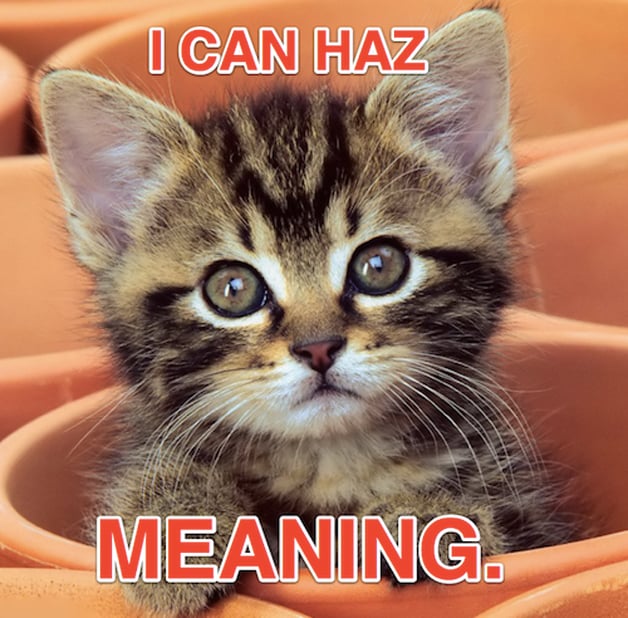 So How Do You Get More People to Read Your Digital Content?
Former Executive Director of MoveOn.org, Eli Pariser and former Managing Editor of The Onion, Peter Koechley have combined forces to bring us Upworthy, a consolidated news website that delivers serious messages in a manner that cleverly entices the viewer to read…and share; something that is often lacking in traditional news sites. By strategically creating headlines that playfully engage the audience, they are getting important social and political messages read by more viewers.

Pariser and Koechley observed that the majority of shared content via social media platforms is that of cute animals or humans doing stupid things. The serious, yet important news of our world that is often presented with dry, wordy headlines, doesn’t get nearly the same traction – it doesn’t appeal to share it with our networks in the same way.

And so in March 2012, Upworthy was created by Pariser and Koechley with the backing of Chris Hughes (one of the founders of Facebook), and a staff of 11 people in eight cities across America. “We want to give people the information and tools that help make them better, more aware citizens,” said Pariser.

Since launching, the site has gained incredible interest. In the month of June alone, the third full month of operation, the site received 2.5 million visitors. Just last week, the site had 1 million unique visitors(!). According to Pariser their audience includes  “people who believe global warming exists and gay people should be able to get married.”

Inspiration for Upworthy came from a YouTube clip in November 2011 titled ‘Two lesbians raised a baby and this is what they got’. The video was from a man in Iowa who was responding to the gay marriage debate that was wildly circulating. In the video he articulately talked about what it was like to be raised by two woman. The clip received 17 million views. In just five days. “There is a question right now of what information will run the gauntlet of social sharing on Twitter and Facebook and actually show up as part of the conversation,” said Pariser.

“People in the media business often think they have to choose between mass appeal and substance,” Hughes said . “…Eli and Peter have an instinctive sense of what drives people to share on the Internet.” The Upworthy process commences with brainstorming headlines and works until  “a curiosity gap” is filled; that need to know more that prompts the impulse to click on something.

The mission for Upworthy is ‘to help people find important content that is as fun to share as a FAIL video of some idiot surfing off his roof.’ The core meaning is ‘I can has meaning’. The tagline is ‘share better’. The focus is awesome, meaningful, visual news. The headlines include ‘Yes, Facebook Will be on the Final Exam’, ‘Poor People Haven’t Lost Their Voice – They Can’t Afford a Voice’ and “What Happens To 3 Out Of 4 Girls After Leafing Through A Fashion Mag For 3 Minutes?” 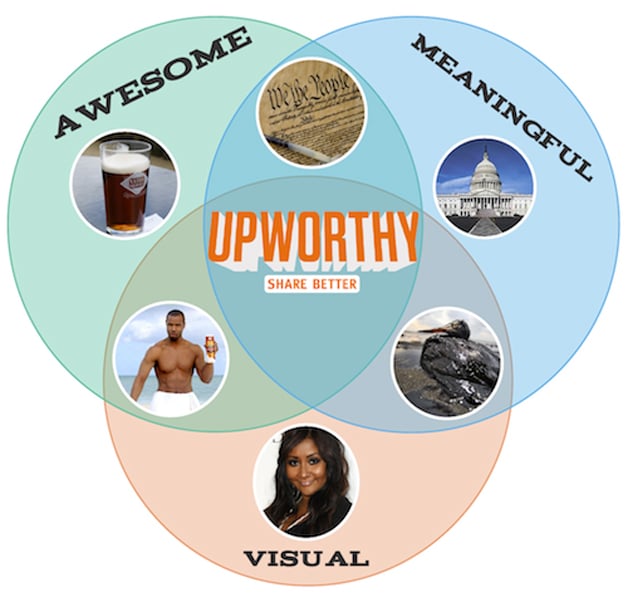 Upworthy is a great example of messaging and social media that works – the results prove it. It’s a great lesson that can be applied to brands and their respective communications. Upworthy doesn’t necessarily use the shortest and punchiest of headlines, but what they do is engage their audience. They create interest and curiosity in meaningful topics which results in action.

If you’d like to re-look at your communications and messaging why not give us a call.