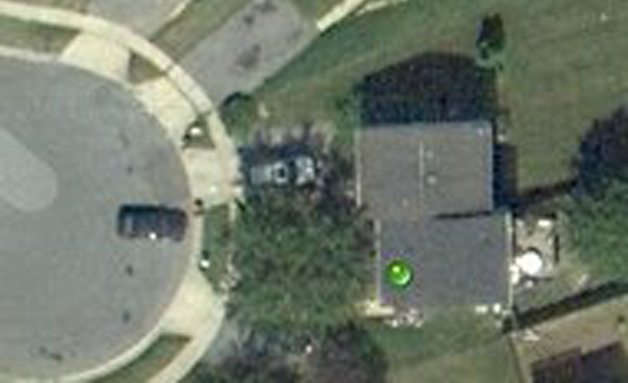 On Monday night, David Pogue, writer for the NYTimes was taking the Amtrak train home from a “Nova” shoot in Philadelphia — exhausted, but happy to have power and Wi-Fi for his laptop. This is the story of his lost phone and how incredible modern technology is that was used to locate it.

“As the train was about to pull into Bridgeport, Conn., my stop, I checked my pockets — and my iPhone was gone. I was baffled; I hadn’t even stirred from my seat except to get something from the cafe car, and I was sure to take my phone with me for that mission. Maybe I was pickpocketed. Maybe I’d set it down to pay for the food. I don’t know.

But now my phone was missing. The Amtrak conductor held the train for about two minutes and helped me search around my seat — nowhere. She dialed it from her own phone, too — no ringing sound, and nobody answered. As the train pulled away, I used the Apple app, Find My iPhone, on my laptop to see where the phone was. It said that the phone was “offline.” In other words, somebody had my phone — it wasn’t lying under a seat somewhere — and had turned it off.

Anyway, I spent three days going through the five stages of phone loss — denial, anger, bargaining, depression and kicking myself. Then, suddenly Thursday, Find My iPhone sent me an e-mail, saying that the phone was back online and had been located. It was in Seat Pleasant, Md., which my Twitter followers informed me is a rough neighborhood. The app created a map so I could see the house where my phone was supposedly sitting.

Now what? I contacted the Prince George’s County police department. And I posted the map of the house to my 1.4 million Twitter followers, who have never let me down.

To my astonishment, the “find Pogue’s phone” quest went instantly viral.Gizmodo.com investigated the area and posted street photos of the house. Local twitterites contacted the Prince George’s County police department themselves. All manner of Web sites picked up the quest. “The @Pogue Stolen iPhone Saga is the future of entertainment. Day off is being spent glued to @Gizmodo reading updates,” tweeted one person.

Every now and then the phone would seem to move — from the driveway into the house, for example. Had somebody come home and rescued it from a parked car? Or was this just the general imprecision of GPS, giving me a different reading?

By the end of the day, the local police were actually at the house, with me on the phone. Find My iPhone has a great feature: From the iCloud.com Web site, you can make the phone ping, very loudly, for two minutes, even if its ringer is switched off. Over and over and over, I pinged the phone, so that the officer might hear it as he toured the house. My heart was in my throat; it was a cat-and-mouse game of GPS versus possible Bad Guy. I just kept hitting Refresh on the Find My iPhone screen, over and over again, in case the phone moved again.

Over an hour he spent searching. The backyard. The next-door house. The driveway. He never heard it, and he never found the phone. Near the end of his search, the phone went offline again. Either its battery died, or somebody got smart and shut it down so I couldn’t track it anymore.

I wasn’t worried about the data. The phone is password-protected, and of course the app lets me remotely wipe it clean of any data at any time. I was just bummed to lose a very expensive phone.

The police kept searching the area indicated by Find My iPhone — and eventually they found the phone in the backyard, in the grass, safe and sound. 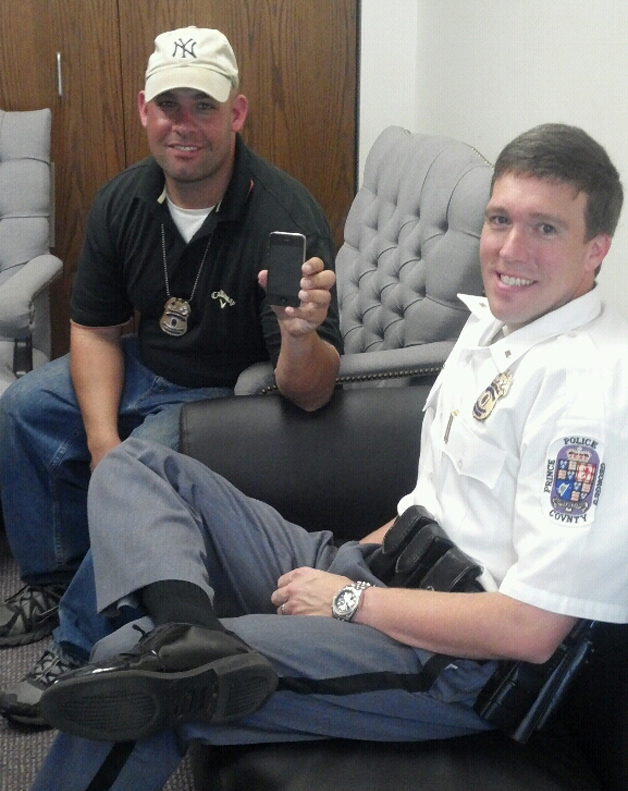 What an unbelievable story. What a mind-blowing ride. It’s a story of social media and the Web, teaming up with law enforcement, following a tip from the Find My iPhone feature — to reclaim my lost phone five hours after I tweeted about it.

I’m ridiculously lucky. Lucky to have so many Twitter followers. Lucky that they cared enough to get involved. Lucky that the police didn’t give up, and thought about searching the yard.