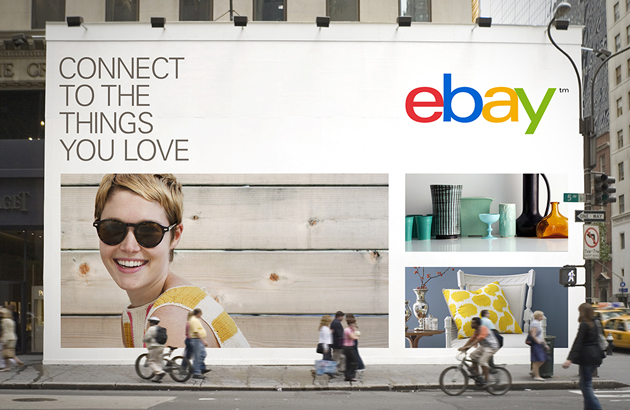 eBay is the latest of the .coms to refresh their brand. The new logo has just been revealed and if social media is anything to go by, it is polarising their audience at best.

Instead of re-energising the brand and building a stronger connection with their audience, this seems like a missed opportunity and perhaps the result of design by committee.

Established in 1995, eBay has been the leader in online shopping, creating a unique online marketplace that connects buyers and sellers. However, despite 70% of goods being new, it still can not shrug off the second-hand and auction image.

eBay is hoping a rebrand will better reflect who they are, and their vision for the future.

“Our refreshed logo is rooted in our proud history and reflects a dynamic future… We retained core elements of our logo, including our iconic colour palette. Our vibrant eBay colours and touching letters represent our connected and diverse eBay community – more than 100 million active users and 25 million sellers globally and growing,” says Devin Wenig President, eBay.

The bright overlapping letters of the original identity has always felt a little childish and even amateurish but in some ways it was perhaps in keeping with the brand’s personality and challenger mindset.

For me, there is very little that shows a dynamic company that is connected with its diverse community in the new identity. Worse still, it feels like this is actually lost the sense of fun of the old identity.

The new identity appears to be the result of a common trend within big companies to adopt a risk averse approach and design the brand by committee. The result is an insipid brand mark that is safe but cold and lacks any real emotional appeal for its audience. 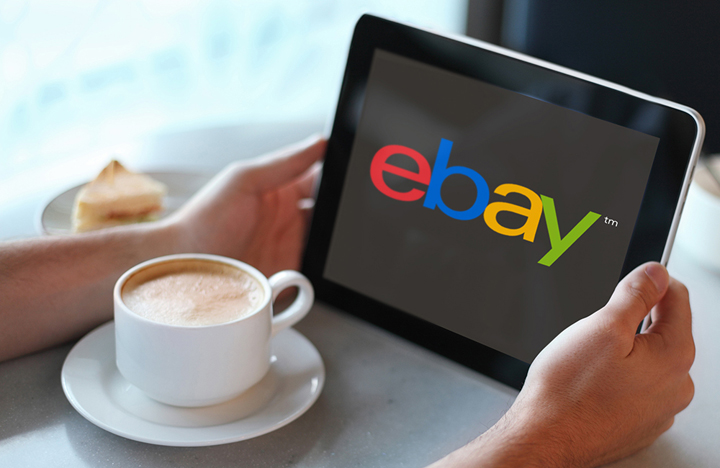 The feedback on the eBay twitter feed seems to be sanctioned to only show the positive reviews. This is obviously infuriating many people but its also pointless as it doesn’t help build any connection between the brand and its audience.

Facebook gives a much clearer picture of the response. There are a few that commend the cleaner look but most just feel it is bland.

“I didn’t know if it was possible to out-bad the Gap rebrand, but you did it!” says William Alexander Geddes.

“Looks cheap and void of any personality. The old logo works so much better. It’s just like the recent Microsoft redesign of their logo: confusing minimalism with cheap/bad designing. Roll it back if you have any kind of sense left,” says Rodrigo Navarrete Boettcher.

“Wow, the overused 60s/70s Univers 53 Extended font as a logo – how utterly clichéd and undistinguished. The original may have been chaotic, but was easily identifiable, and elicited an immediate reaction. This new logo, no one ‘loves’- they may tolerate it, but it evokes no emotion whatsoever (unless boredom counts as an emotional state). It’s the same mistake that The Gap, Tropicana, Kraft and Pepsi made with their recent pointless logo revamps for something ‘modern’ – such retooling just confuses and annoys long standing customers, and makes the corporate image seem sterile and disconnected from humanity,” says Simon Fleischmann Shostak.

“You took one font, changed the colours and took away the spacing. Does this represent you’re ‘connecting’ people together? The font is very bland and skinny, I would not define it as sleek and forward looking,” says Khoi Lam.

To be fair, the logo and a few promotional images is all that has been released. With all rebranding exercises, judging the success of the brand by the logo alone is short sighted, as this is only a small part of how a brand’s reputation is built.

There will no doubt be a whole new visual identity system and even a new internal mantra that will inspire a new brand world for eBay and their audiences. It will be interesting to see how some of the early criticisms about the logo are addressed and how they create richer and more emotionally engaging brand experiences. Maybe they will also finally drop the capital ‘B’ when the brand is written in text.

eBay’s is yet to apply the new brand to their main website – this will happen in the next few weeks as part of a complete site upgrade. In the meantime, they have established a mini-site to talk about the rebrand.

What do you think? Do you feel the rebrand of eBay moves the company forward and does it engage you?