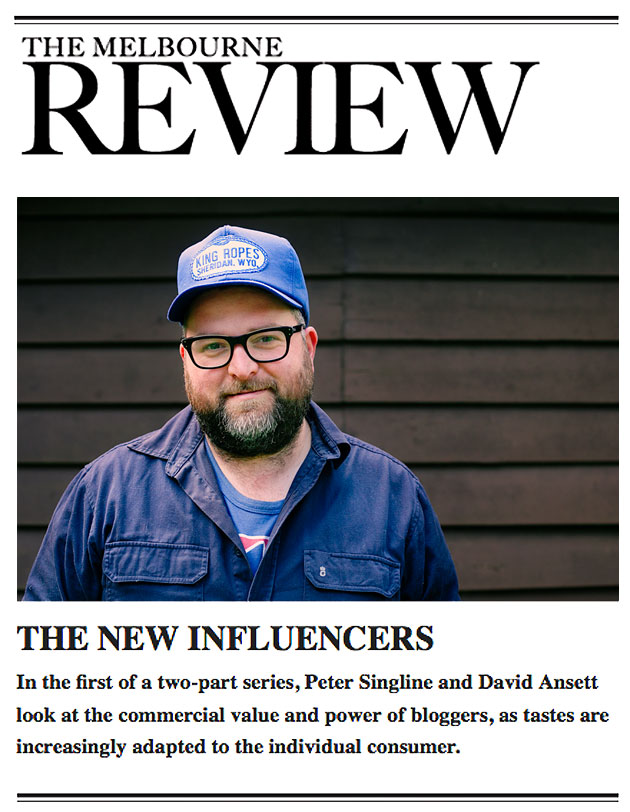 Since the spread of the printing press across the globe more than four hundred years ago, media has played an influential role in what we think and the way we feel about everything from politics and social issues to business and brands. Over the last century the influence of media has grown exponentially with the advance of technology. The impact of mass-distributed newspapers and magazines, radio and television has reached further and deeper into our lives. The few who own and control these valuable media interests have the power to exert their views – paid-for or otherwise – in an extraordinarily influential manner. In the U.S. just five companies – Time Warner, VIACOM, Vivendi Universal, Walt Disney and News Corp – generate as much as 95% of all mainstream media. But as technology spins ever-faster we’re seeing the emergence of a new breed of influencers who play by a completely different set of rules.

In less than a decade we’ve witnessed the rise of bloggers to a position of real influence. In a trend that’s still growing, the gap between those who consume traditional media, and those who read blogs is closing – and faster than most comprehend. In the US, the most widely read newspaper is the hundred year-old Wall Street Journal with around 65 million readers each month. Comparatively, US-based news and opinion blog The Huffington Post is not far behind, building a readership of around 54 million in just seven years. Whilst the absolute accuracy of these figures is difficult to nail down, the comparison highlights just how quickly and substantially the influence of blog sites has grown.

However, influence cannot be measured by readership figures alone. Research has shown blog readers to be considerably more polarised than consumers of traditional media. Demonstrating that word of mouth is being supplanted by ‘word of mouse’, online readers are gravitating towards blogs that accord with their personal interests, beliefs and philosophies, drawing more accurate comparisons with television programs and magazines. A glance at magazine circulation provides another starting insight into the strength and popularity of today’s bloggers. Time magazine – an icon of U.S publishing – has a monthly readership of just over three million people, compared with the business news blog Business Insider, which has a readership of more than twelve million. People magazine with a readership of three and a half million compares no more favourably with celebrity news blog Perez Hilton, read by more than ten million people each month. And whilst magazine publishing is defined by geography the world’s bloggers assert influence without borders, dipping into the richest local scenes around the world in a way traditional publishers never could.

Food blogger Rohan Anderson of Whole Larder Love reflects the authenticity of many of his peers.
Photography credit; Cory White

But perhaps the most critical ingredient of influence is the bloggers’ independence. Disconnected from any sense of editorial or commercial direction, bloggers are seen as enthusiastic, independent passionistas – a powerfully positive credential. As the influence of bloggers has grown, so too has their value in the eyes of brands from fashion to food, from travel to politics and beyond.

Once seen as enthusiastic amateurs, bloggers are now a front row fixture at the highest profile fashion shows and paid columnists in the pages of world famous fashion magazines. Fourteen year-old American blogger Tavi Gevinson who blogs as The Style Rookie is a front row regular at Marc Jacobs shows and a columnist for Elle magazine. Other established fashion bloggers Fashionista, Bryanboy, Susie Lau of Style Bubble, Geri Hirsch of Because I’m Addicted and Scott Schuman who’s also known by his blog moniker The Sartorialist are considered ‘must invites’ for up-and-coming and established fashion houses. At the Swarovski New York Fashion Week last year between 10 and 20 percent of media invited to each show were bloggers. “Bloggers are increasingly important to us and we invite a select group of 35 to 40 to the show,” said Eric Delph, Vice President of public relations and marketing at Nicole Miller. “Moving more bloggers into seats and putting some as far up as the first and second row was a priority.” Fashion designer Prabal Gurung agrees “Blogging opens the door to greater brand recognition and familiarity to a younger generation. It is an approach to marketing in a more unconventional way that is becoming almost the norm.”

Like their fashion peers, food bloggers have also stepped out of the media shadows. Leading food bloggers such as Pim Techamuanvivit of Chez Pim and Clotilde Dusoulier of Chocolate & Zuchini fame have a readership that exceeds those of many traditional magazines in their space and are feted with book and TV deals. The Australian hospitality industry is also fast coming to terms with the influential role of bloggers. Melbourne food blogger Jess Ho was recruited by hip Melbourne eatery Chin Chin as part of their social media strategy. Ms Ho, who runs the blog That Jess Ho was employed when the restaurant launched in a dual role as front of house and social marketer. Chris Lucas, owner of Chin Chin, was attracted by Ms Ho’s blogging and public relations background. “She understood the space and she had credibility in that space,” he said.

Another category to have shot to prominence is mum bloggers. In the U.S there are now almost four million mum bloggers, including Rebecca Woolf of Girls Gone Child, Jenny Lawson from The Bloggess and Catherine Connors of Her Bad Mother who have become household names amongst their audience. Of the 32 million mums who go online each month, more than half of them visit a blog. With a combined readership of more than 50 million mums each month, this category of bloggers are becoming heavy hitting brands in their own right with book deals and spots on CNN, Today and Good Morning America. 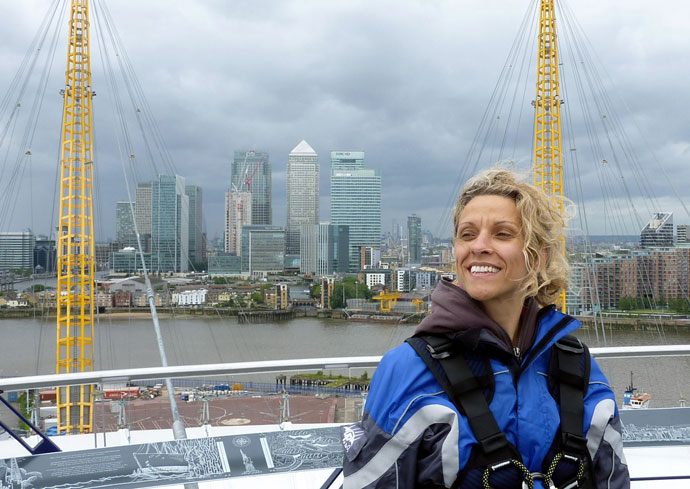 Across the board bloggers are feeling a brighter glare of the spotlight from brands. Laura Porter who writes the About.com London Travel blog says, “I hear from a lot more brands or their PR companies these days as they see the value of working with online media and particularly social media. I have a good sized twitter following and that seems to appeal.” Fashion blogger Clare Hillier of Checks and Spots agrees; “In the last six months I’ve noticed a real upsurge in both the number of brands trying to woo blogs and what they are offering in exchange for coverage. Some brands are nailing it, like Sussan, Freedom, and Eat Fit Food who I have worked with recently. They understand how Checks and Spots is positioned, my audience and how we could work together for an outcome that is mutually beneficial. Other brands totally miss the mark. They take a mass communication approach that often gives the impression they’ve never even read my blog! So, I just hit delete. If you haven’t taken the time to understand my brand why would I want to promote yours? It definitely needs to be a two-way street and the basic PR principles of a brand pitching a story or angle go a long way.”

Fashion blogger Phoebe Montague of Lady Melbourne sees an increasing awareness by brands of the subtleties of social media. “Brands are not only asking for a mention on the blog but wanting to be mentioned on my social networks as well. They are far more aware of the reach of Twitter and Facebook and usually want to know how many followers or likes I have.”

A common thread for bloggers and a powerful differentiator from traditional forms of media is their absolute love for what they do; their shared passion for writing, for connecting with their online community, and most importantly their pure passion for the subject matter. Rohan Anderson, author of food blog Whole Larder Love says; “I love writing the blog, it’s just part of my life. I do like having a subversive message of being a little more involved with where your food comes from, and my hope is that people can take notice of my example of an alternative life.” Hillier of Checks and Spots tells a similar story; “The reason I blog is to simply share. I love sharing with others the things, people, places and trends that I discover. I love sharing in the sense of community that Checks and Spots has created. And I love the chance to meet people from all over the globe that I share interests and passions with.”

It’s precisely this undercurrent of passion that both fuels the blogging industry as well as provides its critical point of difference from traditional media. And this passion also plays a critical role in managing the conflict that arises when brands seek commercial relationships with bloggers. As Lady Melbourne’s Phoebe Montague sums up; “It’s a pretty simple formula: I only blog about what I love. That keeps the checks and balances pretty even.”

David Ansett and Peter Singline
Peter Singline and David Ansett are co-founders and directors of Truly Deeply, a Melbourne based brand strategy and design consultancy.
For monthly updates of our think­ing, click here to receive our free Brand Newsletter