With not much changing in the underwear category since the 80’s, it seems it is ripe for a new challenger brand to shake things up a bit. That’s exactly what Aussie Brand ‘Push Play’ is hoping to do.

Fresh, raw and with plenty of attitude, this is the new bad boy of underwear and it’s ready to take on the big brands. 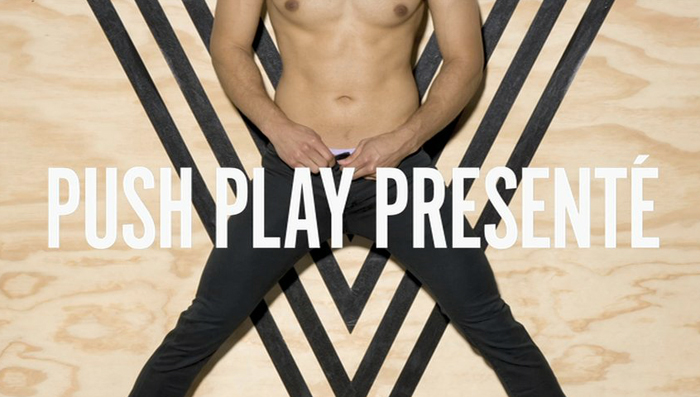 Last week, I caught up with Andrew Ostrom, ex Ad Man and the brain behind new underwear brand “Push Play”.

Retiring from the world of big ideas for big brands, Andrew now has his own brand to play with – and he’s not holding back.

“Look down. What do you see? Chances are you’re wearing a branded waistband. Why? This was our starting point,” says Ostrom.

To understand this, Ostrom explains that is all started in 1986 with Calvin Klein. They led the trend of the branded waistband and just about every brand has copied it since.

Push Play is determined to be different and break away from the pack. Their brand vision lays it out pretty straight. “We want to head-butt the underwear category in the balls and then double kick it in the face.”

Ostrom explains that the code breaking goes far deeper than just dropping the branded waistband. They are aiming to connect with ‘Gen Yers’ – both guys and girls – in a way the big brands are not and that means re-framing how we think about underwear.

This is where Andrew’s advertising background really comes in. He proudly tells me “this brand will be real and there are no ‘holier than though’ brand values holding it back! We can do and say things that big corporates just can’t!” 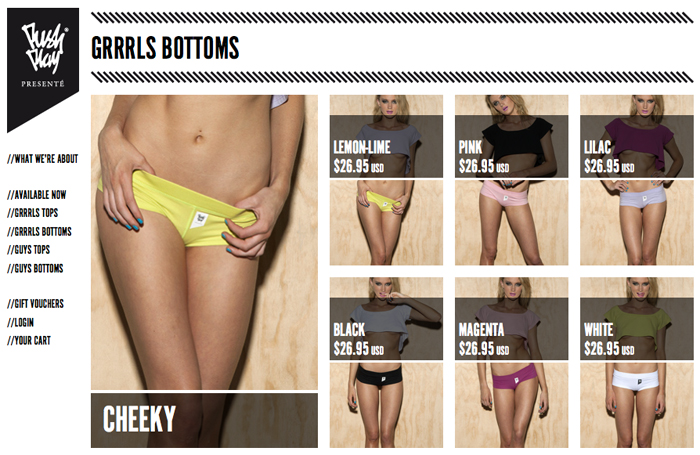 The brand language is not only cheeky; it is deliberately confrontational, raw and aggressive. Push Play gets off on behaving badly.

Push Play describes their product as “the welcome sign to a gated community. These things pull the focus. They please with a tease. They’re the curtains before the show. They’re the drum roll before the big reveal. They make those last few seconds of anticipation positively drip. They’re right there with you in the thick of things, to present your most prized possession in all its glory.”

Push Play even have their own language for sexy. Ostrom explains it is all about ‘Grrr’.

The brand launched this week and is only available online – supported by all the usual social suspects. This is in-tune with where their audience and about reaching a global consumer, not just Aussies. However, Ostrom tells me it is also about controlling costs – this is a startup. The money they save on stores and staff helps them design and make the underwear right here in Australia (another rarity these days).

Time will tell whether they achieve their ambition to re-frame the underwear world but they certainly have a lot of the fundamentals in place. It might not be for you, but Push Play is a brand with a massive and distinctive personality that’s has a realness that we haven’t really seen before. We love to support Aussie challengers!