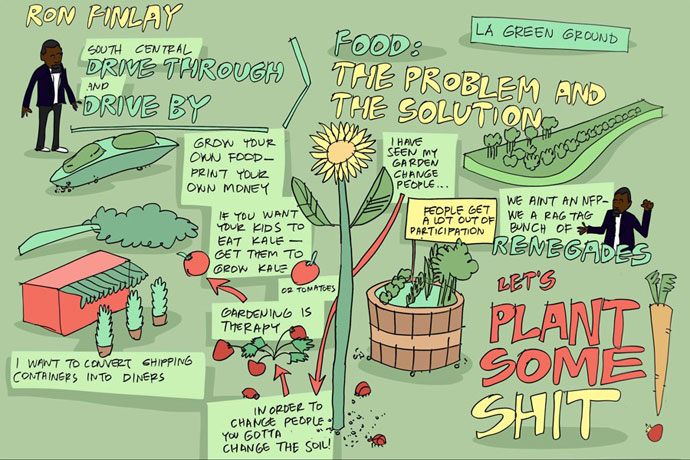 For many years, I’ve felt the need to defend my passion for veggie gardening, composting and general foraging.  At best, my friends found this pass-time a quaint little quirk, and at worst, an embarrassment. I struggled to spread the word on how cool gardening really is. Fortunately, American artist, designer, collector and all-round gangsta, Ron Finley, is doing a way better job than me.  ‘If you ain’t a gardener, you ain’t gangsta’ is Finley’s proclamation, asserting that inner-city gardening is ‘the most therapeutic and defiant act you can do’.

‘Food Forest’ began as a guerrilla gardening project, born from Finley’s concern about the noticeable lack of fresh produce available in his LA hometown, South Central, which he jokes (somewhat darkly) is “the home of the drive-through and the drive-by”.

“Funny thing is, the drive-through is killing more people than the drive by. People are dying of curable disease in South Central Los Angeles.”

Finley transformed his unkempt curb ‘parkway’ into a well-designed and productive food forest, from which he encouraged the locals to harvest free, healthy produce. Incredibly, the council issued Finley with a citation to remove the garden. When he didn’t comply, they sent a warrant.

In true gangsta style, Finley defied authority by not only keeping his garden, but starting a movement to transform other vacant lots and parkways. He has a team of volunteers who run ‘Dig in’s’, which have helped individuals and families, many of whom are living on or below the poverty line, to re-engage with their food and take control of this vital part of daily life. 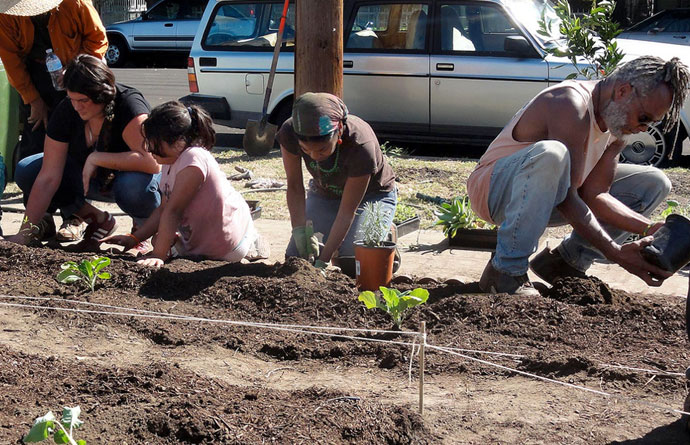 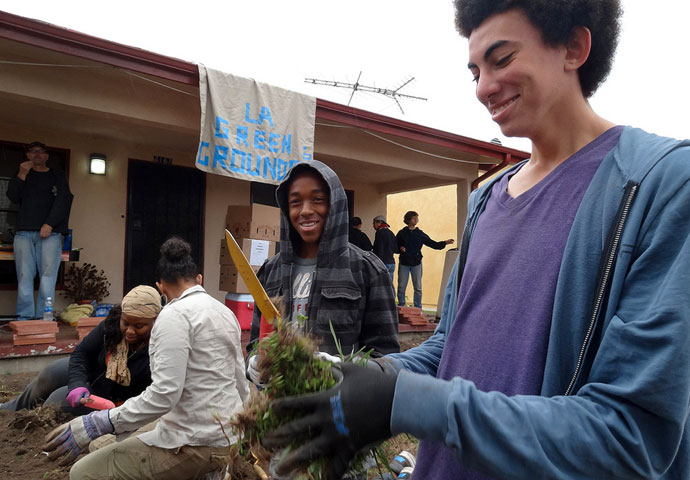 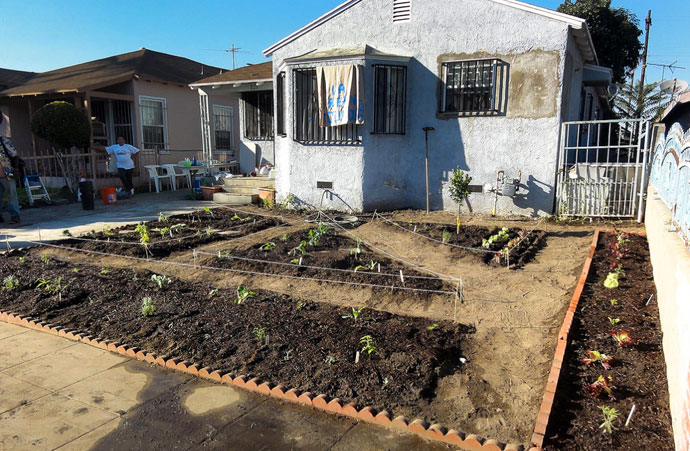 Check out Finley’s  TED Talk from earlier this month.