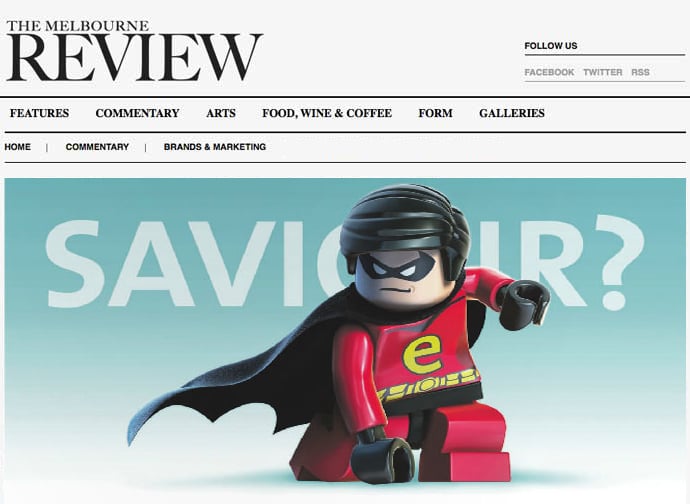 Why entrepreneurs might just be the saviors we’ve been waiting for.

For some reason the term entrepreneur has a slightly tarnished sheen to it, a little less grubby than a used car dealer, but only slightly. Entrepreneur is a description I avoid, despite having started-up my fair share of businesses. Yet I believe that when our children and their grand children look back on history, it just might be the entrepreneurs of the world who they praise for saving the planet.

In late 2011 as a member of EO (the global entrepreneurs organization) I attended a learning University in Amsterdam with entrepreneurs from around the globe. It was the opening evening of the event and Severn Suzuki, daughter of environmental activist David Suzuki, was headlined as the opening speaker for what would prove to be an extraordinarily moving few days.

Having dedicated her life to changing the world, Severn presented a compelling view on just what it’s going to take to change the way we live in order to save our planet for future generations. Severn had first presented on the subject twenty years earlier as an 11 year old to the United Nations plenary session at the Earth Summit on behalf of the children of the world. At the time Severn firmly believed that the world leaders provided our greatest hope, that they were the ones best positioned to make the tough short term calls for the good of the long term. A decade and much political posturing later Severn concluded the task of election, re-election and the pull of political power were too great-a-force of distraction, and she would need to look elsewhere for our saviors.

In the decade that followed Severn courted the leaders of big business from around the world. She spoke at summits, wined, dined and networked with the most powerful men in the corporate universe, seeking to draw them and the weight of their organisations to the cause. Ten years-on and she stood before us, frustrated but not wearied by the realization that but for a precious few, the demands of big business shareholders would almost always outweigh the change she was attempting to ignite.

And so she stood on a small square stage one warm evening in Amsterdam, glowing in the spotlights and surrounded by four hundred of the world’s leading entrepreneurs, telling us her story. Her conclusion, so passionately communicated, was that it was the founders and owners of small and medium sized businesses the world over who held her greatest hope in their hands. She reasoned with great conviction that unlike the politicians and leaders of global big business, small business entrepreneurs are relatively free to make decisions that take into account family, community and environment as well as profit.

Whilst the likes of Bill & Melinda Gates and Australia’s Lowy and Packer business dynasties have dipped their hands into their very deep pockets with, they’ve done-so after amassing sizable personal fortunes through business success. These dizzyingly large donations are individually granted, when and where they’re free from the grasp of shareholders and demands of commercial growth. By contrast, local businessman Dick Smith has long combined his business and social entrepreneurialism. It’s this freedom of self determination that owners of smaller enterprises take for granted, the freedom to make their own calls on their businesses impact on self, family, community and sustainability. And it is this freedom that has the real potential to make all the difference.

In the US small business represents a little over 50% of the GDP and employ around 70% of its workforce. In the booming economies of China and India, and in the world beyond those percentages are higher still. Whilst the media spotlight focuses on the world’s big businesses, it is the small enterprise entrepreneurs of the world who are diligently working in the shadows, driving much of the global economy.

It is only entrepreneurs and owners of smaller businesses from every corner of the world who are able to make thousands of small but significant decisions every day with the potential to add-up by sheer force of scale into a tsunami of change.  And with that Severn Suzuki laid down a challenge to not only the four hundred of us attending the University, but every entrepreneur in every corner of the globe to take-up the movement, to shift the discourse from discussion to action small piece by small piece.

The combined actions of small business through considering the good of society by philanthropy, the community through engagement, or the environment through the adoption of simple, sustainable decision making, can make the difference required. It’s time for small business entrepreneurs to step-up and take the lead – to adopt the same mindset that’s seen us survive, grow and thrive in our enterprises and do something with a greater purpose. I see this as not just an opportunity, but as a responsibility we share. It’s time to take the wheel. As Severn’s father David once said; ‘You are not what you say, you are what you do’.