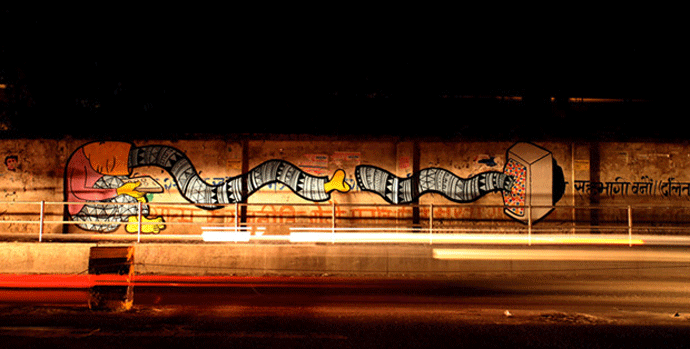 Boasting a variety of talent across multiple mediums including painting, sculpture, photography, music and video, Bruno Levy‘s work has been exhibited in some of the America’s most influential museums, from the Guggenheim to the SFMOMA.  The Paris-born, NYC-based artist—newly fascinated by cross-cultural differences—spent five months living and working in Kathmandu, Nepal in an effort to bring beauty to a stark landscape foreign to Western influence.Upon encountering a culture in flux, besieged by communist propaganda and forced cultural views, Levy was compelled to begin painting his own pieces in the Nepalese capital this summer.  For what he dubbed the “Bigfoot Project,” the artist took to the streets, using high-profile city walls as a canvas to inspire the locals rather than to interject his own foreign views.  Included in his efforts were painted murals and an experimental sculpture that seemed to capture the city’s curious spirit.

The team at Cool Hunting caught up with Levy to pick his brain about the project, from inspiration to execution.

Kathmandu is a city in transition, modernizing rapidly, trying to catch up with the rest of the world. It’s somewhat raw, dirty and open.  The concept of public space there is different than in the West.  Although Nepal has a rich and amazing culture of craftsmanship, the concept of creative art is still very new.  So I wanted to share some urban culture in an effort to make Kathmandu a bit more beautiful and inspire other people to express themselves. 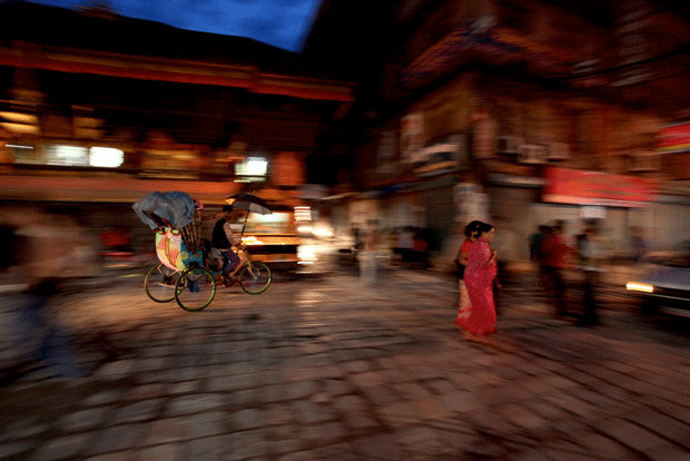 This is very new.  Graffiti does not exist.  So it’s not legal or illegal, making it a perfect place to just play.  There were a handful of tags in more hidden parts of town and Space Invader visited Nepal and left his mark, but for the most part it was out of the general public’s eye.

What inspired the “Bigfoot Project” name?

The Bigfoot is really elusive, abominable snowman.  So I just started painting feet all around the city, BIG FEET.  Also in Hinduism feet have a certain stigma.  Feet are dirty or impure, yet the feet of gods or gurus are special. 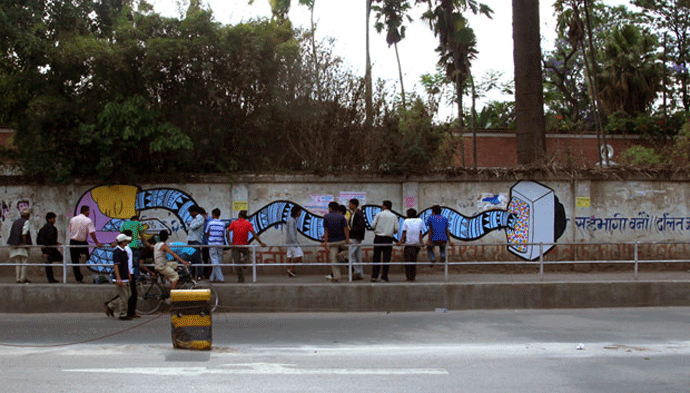 How did the Nepalese people respond to the art?

The first reaction was curiosity: “why are you doing this and what does it mean?'”  Most people have never seen anything like this and cannot understand why someone would paint a wall for free or for fun.  Once people realized that there was no political agenda, they reacted with complete enthusiasm and support.  They helped paint, an old man blessed me for cleaning the walls and the statue was even given offerings and worshipped.  Newspapers and magazines wrote some stories. Soon local kids started forming groups and painting. 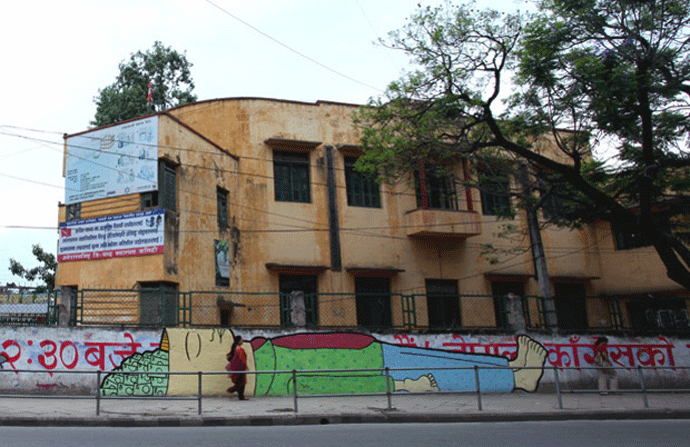 Describe the Bigfoot Project’s transition from street paintings to sculpture.

The paintings are part of the bigger project to share street art culture through all possible mediums.  When that started picking up, and locals kids started painting, I thought it was important to introduce a new medium for a new way of public expression.  The sculpture took a little over a month of 10-hour days.  I had not made papier-mâché since kindergarden, so there was definitely a learning curve. 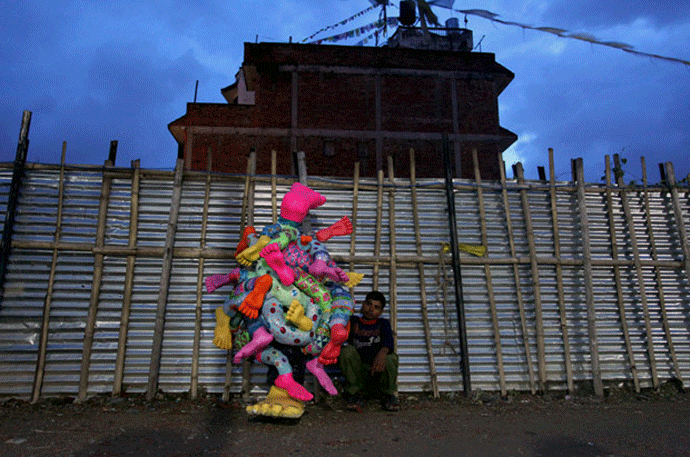 What were you trying to say with the larger street paintings?

The character with the money coming out of his head or “dreaming of dollars” was painted on the oldest government college’s wall.  It was a statement about the corrupt politicians in Nepal and the future of the students.  The mural of the character plugged to the TV was painted across the passport agency, where around 200 Nepalis a day wait for their passports, with idealistic visions of moving and working abroad.  I wanted to make a statement about the impact of television and media.  Most paintings have stories, but my main drive was to make the walls more beautiful rather then impose my foreign views and to explore some concepts of repetition that are so prevalent in urban art.

What I loved about this project was that it was not only a beautiful gesture but it also sought to enlighten the locals and hopefully result in real positive change.  An inspiring combination.