Last month’s Twitter buzz involving confectionery giants Kit Kat, Oreo, and a little known resident of Manchester, hasn’t escaped the attention of us at Truly Deeply. The events that occurred in the Twitter-sphere brought upon a smile on all our faces at the studio.

Connecting brands to their audiences is our bread and butter. We appreciate it when brands that are already quite successful in this regard, put the icing on the cake – to use an appropriately sweet analogy.

Early last month, Laura Ellen tweeted about her following of Oreo and Kit Kat as a measure of her fondness of chocolate:

Two days later, Kit Kat tweeted a reply. In a lighthearted fight for Ellen’s affections, the brand challenged Oreo to a public game of noughts and crosses – a clever move which would’ve allowed both brands to give their products a bit of a plug. 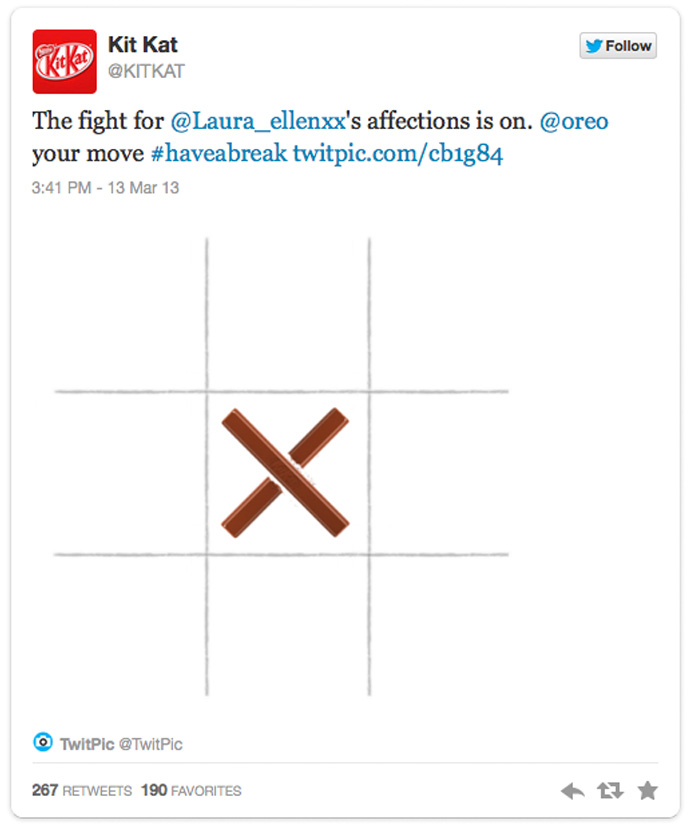 Deciding that Ellen’s affections can be shared between both brands, Oreo responded accordingly: 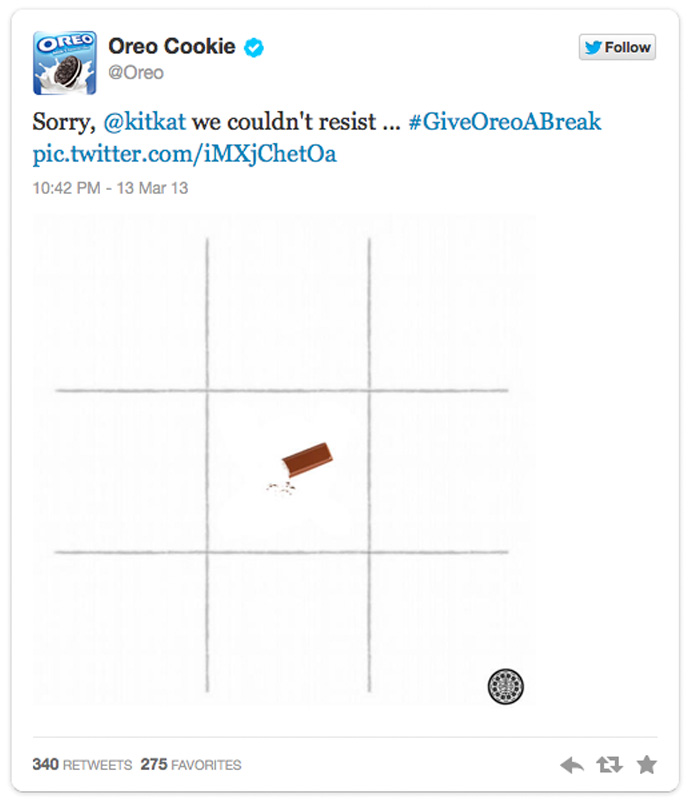 Gestures like these can help a brand endear itself to its fanbase. The two have been able to convey a sense of wit and personality. By speaking directly to its customer base, a sort of barrier is broken down between brand and audience – it is after all, much easier to like something or someone that appears to be interested in your own life.

As for Laura Ellen, her unwitting tweet may just have made her a brand case study for lecturers and professionals far and away beyond her local Manchester.