Master of illusion, Leandro Erlich twists reality to create uncanny scenarios and impossible spaces. In his latest work, Dalston House (commissioned by London’s Barbican) Erlich creates a bizarre illusion, using a house facade which lies flat on the ground and mirrors positioned at a 45° angle overhead. The highly interactive work involves visitors positioning themselves on the horizontal set to give the impression they are suspended from, scaling, or falling from the building.

Positioned in vacant lot in East London, the Victorian façade resembles the houses that once stood there, before the area was bombed in WW2. The installation is accompanied by talks, workshops and live performances, exploring themes related to the project, including architectural history, urbanism, and perception.

Erlich references directors like Alfred Hitchcock, Roman Polanski, Luis Buñel and David Lynch, who he says “have used the everyday as a stage for creating a fictional world obtained through the psychological subversion of everyday spaces.” 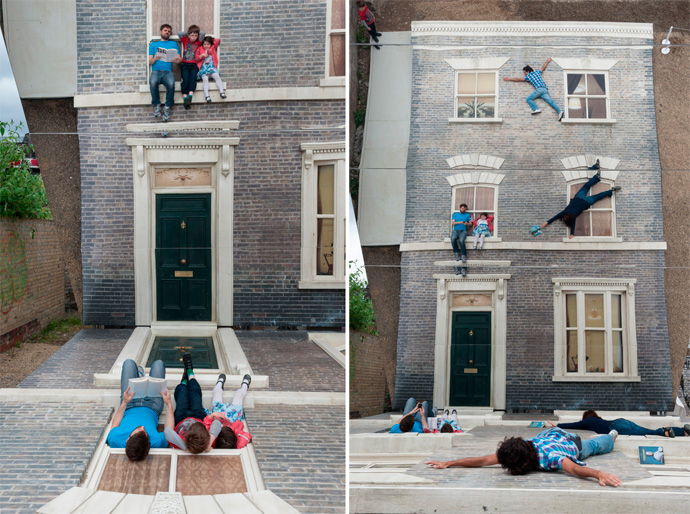