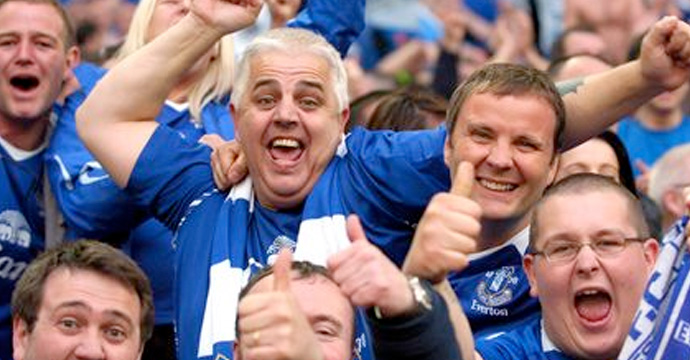 Every year, for two very long months, millions of people are going through symptoms of withdrawal. The cause? Its the off-season, and all the stars of the English Premier League (EPL) are on bloody holiday.

The football on display in the EPL is a thrilling cocktail of drama, physicality and skills on a very lucrative stage. But when the football goes on hiatus, us fans only have the off-field drama to keep us entertained. This usually comes in the form of transfers, as it is during this period that clubs are permitted to buy, trade and sell their players. Its also an opportunity for football clubs to handle affairs of other sorts – like branding, for one. Everton Football Club recently unveiled a significant redesign to its club crest, and it did not go down well.

On the 25th of May, the club introduced its new crest (designed by their in-house team) to the public, replacing the previous design which it had used for over 13 years. Three days and 20,000+ angry signatures later, the club announced the decision to scrap the new crest for the 2014/15 season.

The new design is significantly pared back: gone are the laurel wreaths. The club’s motto “Nil satis nisi optimum” – which translates to “nothing but the best is good enough” – has also been removed. The irony there will not have been lost on the Evertonians. The “Turret” graphic has been given a significant stylistic change, while all the retaining elements have been enclosed within the emblem. The decision to make these changes came with its own lengthy rationale, which can be summarised for what they felt was a need to: simplify for easier implementation, and modernise with a more global outlook in mind. These needs are reiterated in the statement released retracting the new design.

It was always going to be a tough ask to reconfigure something that symbolises the emotional investment of so many people. Brand loyalty in football is generally forged from an early age – it can be the bond between your father, your sister, or the whole community. In that sense, a football club’s significance extends beyond the confines of a pitch. The in-house team behind the new design would have been well aware of the significant equity that came with some of the motifs in the crest. Stripping the brand mark of so much, in the name of simplification and modernisation, showed an error of judgement from those concerned.

Everton F.C’s decision to release a statement apologising for not involving the fans in the design process more now puts them in a tricky position to somehow appease everyone while under a very watchful and unforgiving eye. With the pressure screws turned on the designers, it’ll be interesting to see whether they can deliver the goods.