Melbourne’s iconic street art locations seem to be experiencing a dumbing-down, with some spaces descending into a chaotic mess of artless tagging. Rutledge Lane (a small alley off Melbourne’s iconic Hosier Lane) was one such space, with shambolic display of ‘brandalism’ covering what was once a proud Melbourne showcase. To combat the offending tagging, suggestions of a greater security presence and CCTV were thrown about, but unsurprisingly rejected by the street art community, who claim that this sort of nannying flies in the face of what street art is all about.

In a ballsy move (sanctioned by Melbourne City Council) Melbourne artist, Adrian Doyle, seriously shook things up by painting the entire lane baby blue. The work, titled “Empty Nursery Blue” is a highly personal work that reflects on Doyle’s childhood experience of losing his family home to the bank (read his essay here).

Doyle says that by painting the whole lane, “I claim the Empty Nursery Blue as my tag.” He admits that he has covered up “some pretty important pieces” and when asked about the reaction to the work, said: “There’s been a few haters out there”.

Defending his work, Doyle says “why claim Melbourne is the street-art capital of the world? We need to keep raising the bar. Some of the stuff that’s going on overseas, it’s really really epic.”

Street art is about evolution and impermanence, however there is a moral conduct among artists not to burn important works. To say the street art community is outraged is putting it lightly! In terms of artistic merit, I personally find Doyle’s rationale pretty tenuous and rather self-indulgent for a community space, but it’s no doubt a gutsy statement and one that is sure to create discussion and action in the Melbourne scene and beyond. 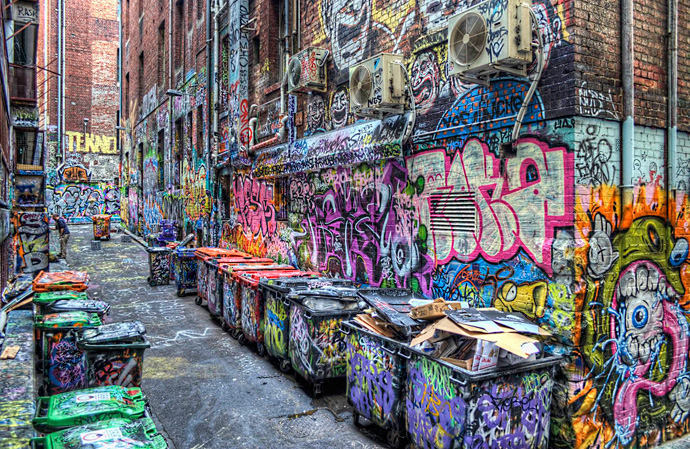 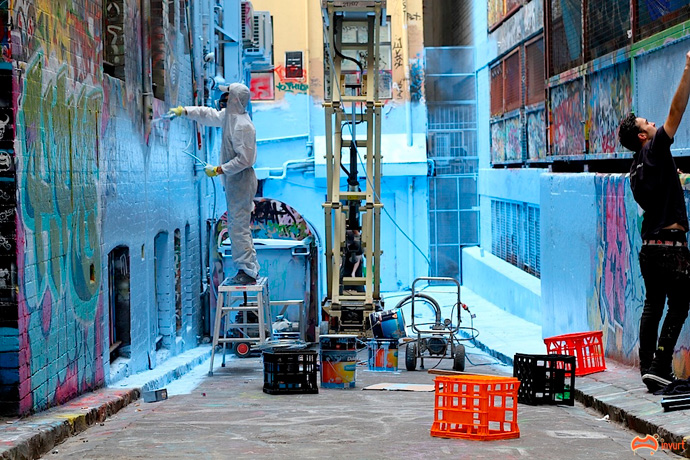 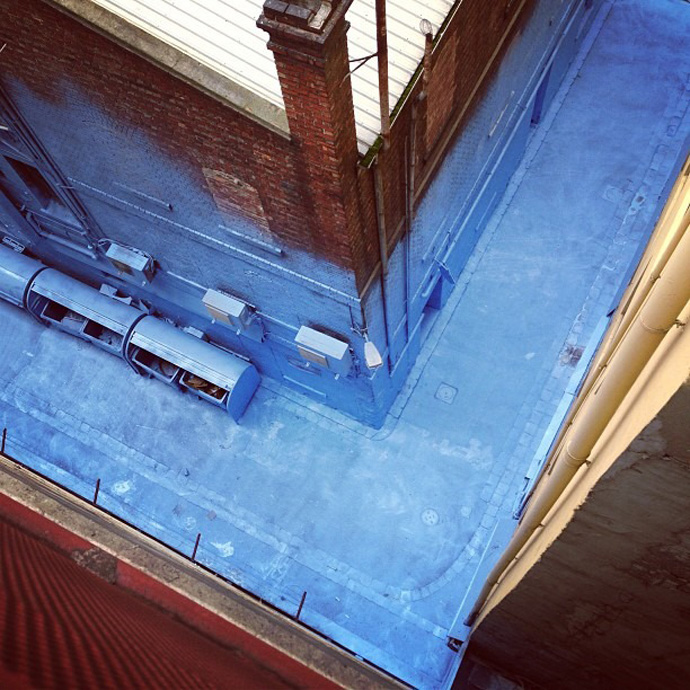