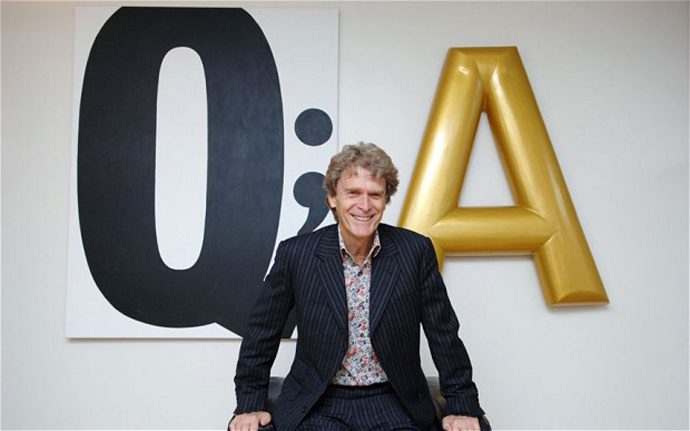 Have you ever wondered which is the world’s greatest brand? In this post I invite you to open your mind.

What makes a great brand? Is it their logo, the visual language, the experience, revenues, products or their people – or all of these, and more? Every day I spend around 90 minutes on public transport. I decided that I should be doing something with that time and started reading a book called “Hegarty on advertising: Turning intelligence into magic”.

In one of the chapters, Hegarty, the creative director and partner at BBH, talks about brands, and how they have evolved throughout the years. Hegarty reflects on being at a conference with other speakers. A question was put to the panelists; “What is the world’s greatest brand?“. The panelists started mentioning names such as Coca Cola, Nike, Volkswagen, Marlboro, along with why they thought they were great brands. “All of these, I thought were worthy candidates, but I disagreed with my fellow panelists” says Hegarty. In Hegarty’s opinion, the Catholic Church is the greatest of all brands.

I can only imagine everyone’s reaction when this was said after all the great brands that were mentioned. This is not a religious blog, and I’m not trying to sell you Bibles. Rather, a new perspective of what makes a brand great.

Hegarty believes that the Catholic Church has the world’s greatest brand mark: a simple cross. “It’s a logo that is easy to reproduce and is even more powerful when you attach the company founder’s son to it”, says Hegarthy.

Hegarty adds that Catholic Church has a powerful history, reach and connection to its audience. The Catholic Church is the world’s largest Christian church with more than 1.2 billion followers. It is also one of the oldest institutions in the world, they have been in business for more than 2,000 years.

The church also connects with followers far beyond worship. It is central to the lives of its audience, sharing important moments their lives such as weddings, funerals, baptisms and everything in between. This ‘brand’ truly understands the concept of location and presence. They’re nearly always in the centre of the town and usually one of the tallest or most distinctive buildings in the area.

They also understand the power of strong brand ambassadors. From the Pope to Bishops and the local priest, the church has also secured the best architects (St. Peter’s in Rome), painters (Michelangelo) and musicians (Mozart, Beethoven, Bach etc).

While corporate brands often secure celebrities to endorse their products, the church has some of the most famous ambassadors ever, some we still talk about many centuries after their demise.

They even have a brand book: The Bible, in particular the Good News Gospels. While most of the Bible is shared by many Christian traditions and some is even shared with Judaism, Catholics have their own version. For Catholics, this provides a clear guide to brand-led behaviour in just about every aspect of life.

The Catholic brand also extends far beyond churches into schools, property, financial services, health care, charities and even media businesses. This is a thriving business – perhaps one world’s largest. While it is hard to consider the organisation as one business, The Economist estimated in 2010 that the US Catholic church alone spent approximately $US170 billion. To put this into perspective, Apple had $US157 billion in revenue.

Whether you’re religious or not, I agree with Hegarty that this is a great example of a brand. I particularly like this example because offers a complete new way of thinking about brands. Perhaps this might make you rethink your view on what makes for a great brand.

Do you have any other interesting examples of what should be considered as a great brand?

As airlines continue to struggle for differentiation, KLM hopes its new ‘Meet and Seat’ programme might be another incentive for you to choose them. It’s a bold initiative that...

Look who’s gone all flash on us… Hipster Santas have reportedly been spotted popping up in shopping centers around the US and Canada this festive season. Both Toronto and...

BP&O is a Branding, Packaging and Opinion blog led by British designer Richard Baird. What can we say – when it comes to brand and packaging design – these...

A timely lesson for brands with a social conscience. Global sportswear brand, Nike recently took a public stance to condemn racism, seeking to tap into the social tinderbox inflaming...