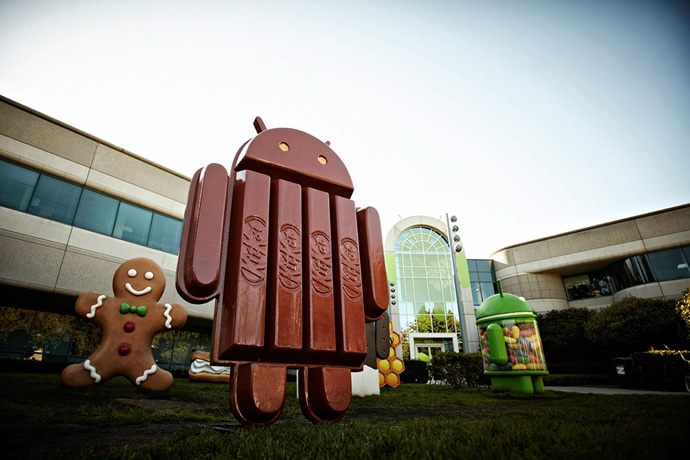 Google Android has added a pinch of spice to their tradition of naming operating systems after alphabetically sequential snack foods, with a surprise announcement to name the next version ‘KitKat’. The secret was so well-kept that most of the Android team was in the dark until the announcement was made yesterday. Android 4.4 (‘k’ in the treat series) was originally destined to be named after iconic American dessert, key lime pie, however director of Android global partnerships, John Lagerling told the BBC that he realised “very few people actually know the taste of a key lime pie”. He explained that KitKats are a favourite late night snack with the Android coders, and posed the idea of the co-brand to Nestle via a “cold call” to their UK ad agency. 24 hours later the agreement was made.

“This is not a money-changing-hands kind of deal,” says Lagerling. Instead, he said, the idea was to do something “fun and unexpected”.

Mission accomplished, but surely the partnership comes with a few red flags. A co-brand like this means taking the good with the bad, and in recent months, both brands have had their fair share of bad. Nestle has received criticism for their unsustainable production of palm oil, promotion of powdered baby milk in developing countries and heel-dragging on the issue of child labour in West Africa. Meanwhile, Google has been in the spotlight after their rather startling admission that gmail users could not reasonably expect their emails to remain private, whilst being the subject of controversy around the comparative prevalence of malware attacks on Androids.

This all begs the question, who wins? On first glance, I would say Nestle, but if the latest Android operating system is subject to attacks or prone to crashes, how will this relflect on the KitKat brand? “Have a break… while your phone reboots.”

A conversation starter, sure; a cute backstory, winner. Beyond that, I don’t really get it.