Last week the Rio 2016 organising committee launched it’s pictograms. Created by the Rio 2016 in-house team they are based on the typeface created by Dalton Maag, which is in turn was based on the Rio 2016 logo created by Tátil Brazilian consultancy. The pictograms are reversed out of pebble shapes “which are a characteristic of Rio 2016’s visual language, support the designs and alter their shape according to the athletes’ different movements”. 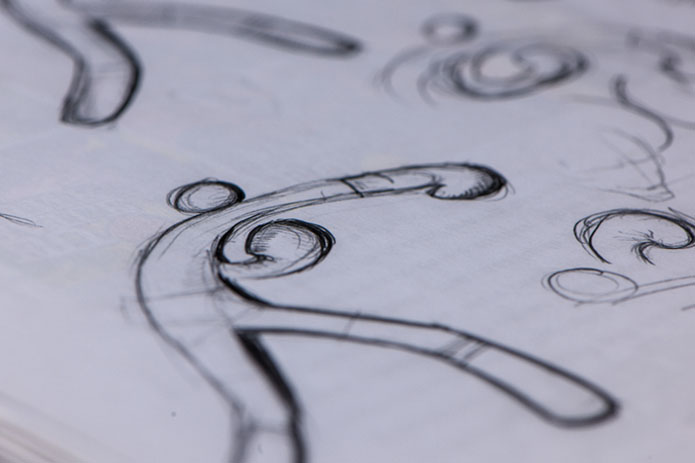 While I think the pictograms work well and gel with the identity, specially considering the arduous approval process of 42 national committees over five months. It seems they missed a opportunity to create something that had more of a cultural link to the city and it’s colourful communities. The actual Rio 2016 identity has three figures embracing, which while not the most original idea, at least is a better cultural fit. It seems a shame they didn’t base the figures in the pictograms on these. 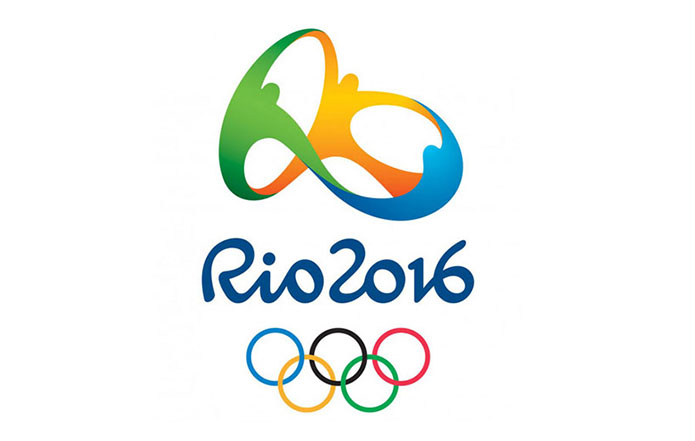 A modern brand, just not too modern

But as the London 2012 organising committee and Wolf Olins found, Olympic identities are probably not the platform for pushing the envelope of corporate identity. Rather they are a reminder of where the middle ground lies, of what is acceptable in the world of global branding. The Rio identity, it’s typeface and it’s pictograms are a case in point. Colourful, three-dimensional and modern without being challenging or even very interesting. While there is some nod to the cultural essence of the place, the execution is that of a modern corporate. It will work really well co-branding with sponsors and partners, and call me cynical, but I think that is as important for the committee as any cultural or emotional relevance.

Here’s the full set of pictograms for Rio 2016 Olympics & Paralympics: 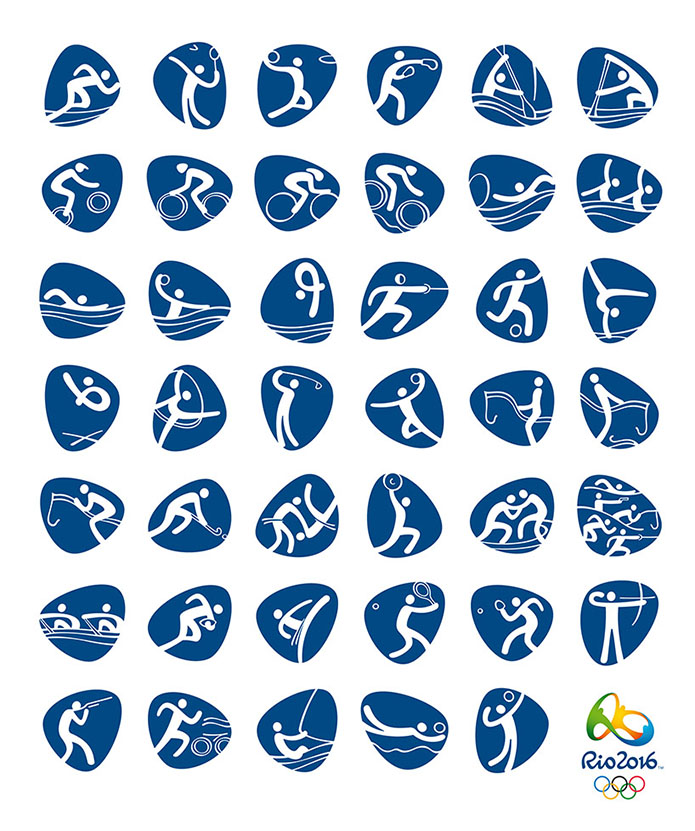