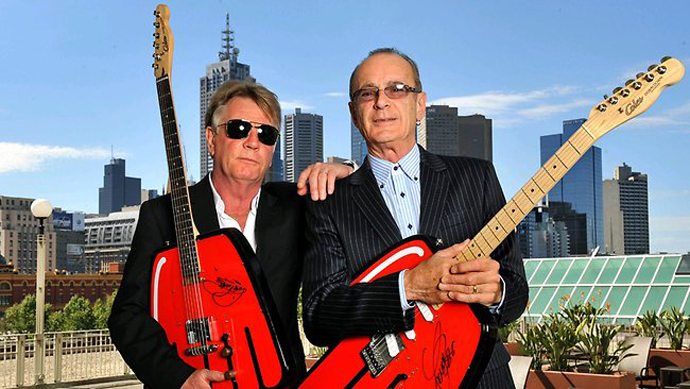 If you’re a fan of Coles there is now another way to get down with the brand. The Coles brand stretch continues with the famous red finger now becoming a radio station.

Following Chemist Warehouse’s lead, Coles has now secured digital frequencies in all capital cities to re-broadcast their in-store radio. While this extends the Coles brand reach, there appears to be little consideration for listeners. If this trend towards retail branded radio stations continues, digital radio will ultimately suffer.

With no notice or consideration for the fans of these stations, many were not feeling the festive love. In particular, NovaNation fans immediately took to social media to vent against DMG (owners of Nova, Smooth, NovaNation and Koffee). NovaNation’s website and social media have all been bombarded with complaints. The negative feedback has also extended to Coles their social media channels. 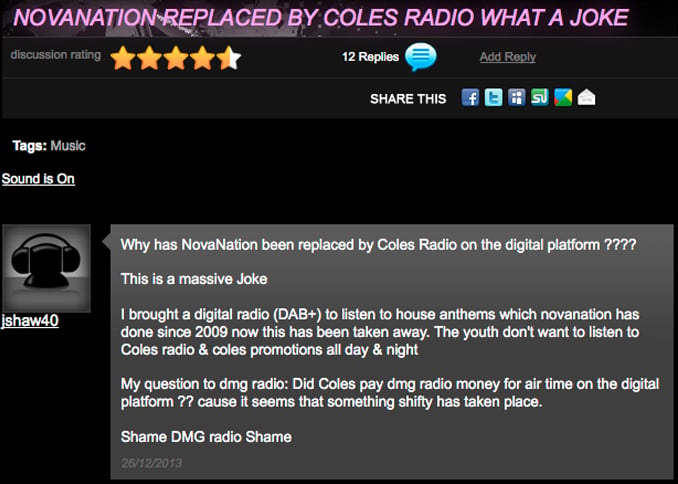 Like any brand, radio stations need to build trust, respect and loyalty with their audience, their listeners. Clearly, NovaNation fans have lost the trust in DMG and this also now extends to Coles.

I previously criticised Chemist Warehouse and ARN for broadcasting on DAB+ (see previous article) and I have the same concerns for DMG and Coles radio. While re-broadcasting supermarket radio on DAB+ does provide another opportunity to reach the audience, and give DMG some easy money, I don’t think it is a good use of the digital radio spectrum. I also struggle to understand why anyone would want to listen to supermarket radio on his or her digital radio.

With safe, middle of the road music, Coles and Chemist Warehouse are effectively relying on their brand to attract listeners to the station. In their own stores, this makes sense, you have no choice but to listen to it. The stores can use the stations to entertain and control the shopping environment – but why would anyone want to listen to this out of store?

There is significant difference between advertising that supports programming and brands completely controlling the programming content. I think Coles and CW radio cross the line of what should be acceptable in terms of advertising influence on programming.

Supermarkets or chemists also don’t have any real credibility to produce radio content and hence have very little appeal to attract listeners. It is effectively like listening to non-stop advertising for these brands, interrupted by songs. While it may appeal to a few die-hard Coles or CW fans it is not in the broader public interest.

What concerns me more is that the precedence being set by Coles and Chemist Warehouse. This could be the beginning of the end for digital radio in this country. Next we could see Woolworths radio, McDonalds radio and the list goes on. Before you know it, most stations on digital could be re-broadcasts of in-store retail stations.

I appreciate the need for the radio networks to make money. But allowing retail brands to ‘own’ stations completely, is not only lazy, it is a short-term defeatist strategy that will bite them in the end.

With little effort to produce great radio content that is innovative and listener focussed, digital radio will never succeed and will ultimately lose out in the end. Radio must have their audience at heart and programme to attract listeners to tune in and stay tuned.

The industry is already facing growing competition from Internet, mobile radio as well as Pandora and Spotify. The likes of Coles and Chemist Warehouse radio stations and other non-listener focussed programming will make it even harder for digital radio to survive and thrive.

At this stage, the government has only allowed existing broadcasters (on FM & AM) access to DAB+. While the ABC, SBS and some commercial operators are developing innovative digital programming; many seem to be either the Programming Director’s personal indulgence or simply auctioned off to extend in-store radio.

It seems some operators may simply have too much bandwidth. If the existing commercial networks can’t be bothered to develop new and innovative programming for local audiences then perhaps they should give up some of their spectrum allocation and let some new players who have the passion and commitment to have a go.