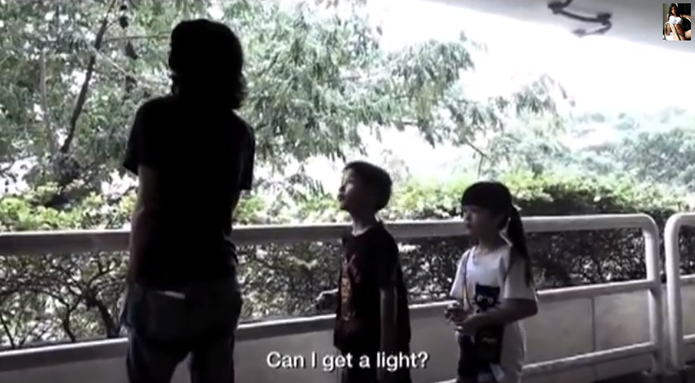 Effective communication in advertising will often result, at best, in a small change in consumer behaviour. While this change often has a product driven focus — buy this, try this, consider us — the predominant message generally doesn’t require the audience to drastically change their routine. The task for any anti- communications, however, is much more difficult.

How can we effectively communicate an anti- message? Anti-smoking, anti-speeding, don’t drink and drive, don’t take drugs. Apart from the issues related to addiction, all of these messages go against the natural human inclination to want to rebel. We all love vices, we love doing things we shouldn’t — it gives us a feeling of reward, even if momentarily. Neuroscience tells us that it produces a chemical reaction in the brain that acts as a pleasure mechanism and provides us with a rush of excitement. We know it’s bad, but we do it anyway; we find it difficult to stop. It’s why so many people fall victim to addiction.

A majority of anti- advertising campaigns articulate information that we already know, but in a way that we don’t seem to take seriously, or we simply ignore it — whether consciously or subconsciously. Take, for example, TAC Victoria’s campaign “The Party’s Over”

Their efforts to reinforce the message not to speed or drink/take drugs and drive are almost comical in their attempts to ‘relate’ to their audience. There is no new information; there is nothing to engage the audience. Their use of party related metaphors border on insulting an audience they should be compelling and educating. It is a disappointing outcome for a very important message.

There have been a number of good examples of anti- advertising. The Montana Meth Project campaign is one of the most effective campaigns I have seen (and these are difficult to watch, so be warned).

It relies heavily on shock value and confronting the audience, and in this instance, it is an appropriate strategy to take. Ultimately, the Montana Meth Project produced valuable results: since the Project’s launch, teen Meth use has declined 65% in Arizona, 63% in Montana, and 52% in Idaho (source: http://foundation.methproject.org/Results/index.php). It is one of the few examples of effective anti- advertising.

While Australia leads the way in anti-smoking campaigning, there is still a disconnect between what people know and what people do. All of the attempts to remove sports’ sponsorship, advertising and now plain packaging push to reduce the desire to consider smoking. There is very little new information to add to the conversation, so what can be done to create an effective anti-smoking campaign?

This anti-smoking ad created by the Thai Health Promotion Foundation is a brilliant example of anti- communication. What makes it so compelling is that it embraces the fact that we know smoking is bad for us, but presents the conversation in a brand new way. It is unexpected and surprising and holds a mirror up to our own decisions. Instead of saying, “don’t”, it asks, “why?”. The intended result is the same, but the method of communication is totally different. It forces the audience to react to their own choices, not listen to the sentiment of others. Instead of telling us not to do something, it queries why we are doing something and makes us question that choice.

So what does this mean for more effective anti- communication? Perhaps it’s no longer a matter of trying to throw more information at the problem, or shocking the audience into some kind of action. Perhaps now it’s a matter of reframing the issue and presenting it in a new way. Perhaps we should acknowledge the choices our audiences are making. Instead of telling them not to do something, we should ask them to really think about what they’re doing and present it in a way that talks with, not shouts at. Maybe we should accept that our audience, especially the younger audience for whom these messages are so important, is more intelligent and savvy than we give them credit for, and communicate using conversation, rather than directives. After all, when was the last time we liked being told what to do?