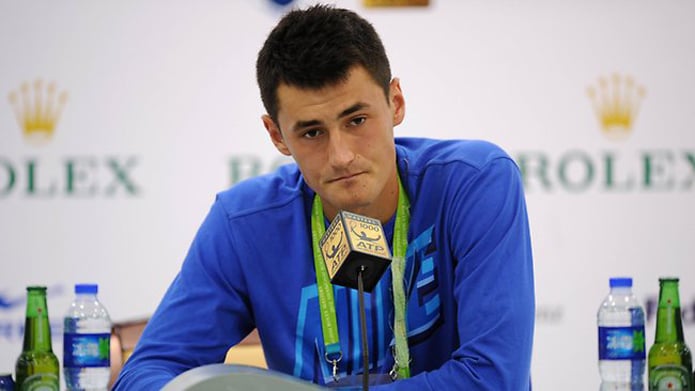 Australian tennis player Bernard Tomic was jeered by the crowd at Rod Laver Arena last week after withdrawing from a match at the end of the first set against Rafael Nadal. He feels that he was misunderstood and was adamant he made the right choice to succumb to the injury which had aggravated him since practice on the previous Monday. The unfortunate thing for Tomic is even if he did make the right decision, a large section of the public simply see it an another example of someone who finds ways to disappoint.

The response to Tomic withdrawing is a great reminder of role of the emotional bank account we all get to administer. Leadership guru Stephen Covey a long time ago wrote about the concept of an emotional bank account that we all get to put deposits when we do positive things — that is actions that build respect and a sense of endearment with others. The goal is to create enough deposits to cover the withdrawals we make when our behaviour falls short of expectations — where our antics disappoint. Covey uses a bank account as a powerful analogy for our relationship with others, and the jeering that took place when Tomic retired from the game suggests his bank account is running pretty low.

Unfortunately Tomic has been able to pick-up headlines for the wrong reasons, for too long. In 2012 he was accused of tanking when he lost to Andy Roddick in the US Open. Certainly John McEnroe thought he tanked and nearly everyone else believed it. A few more withdrawals were made from his emotional bank account  in 2013 when coach and father John Tomic was found guilty of assaulting Bernard’s former training partner Drouet outside a Madrid hotel on May 4, and received  a suspended sentence and subsequent ban from attending the 2014 Australian open.  And it was only a month ago Bernard Tomic was defending getting a lap dance at schoolies week on the Gold Coast.

Finally, there is no better reminder that others are assessing our emotional bank accounts than the following extract from an article that Andrew Webster wrote in the Sydney Morning Herald on January 13, before the Nadal match.

‘You said as a teenager you wanted “the serve of Goran Ivanisevic, the mind of Pete Sampras, the groundstrokes of Roger Federer and the heart of Lleyton Hewitt”.
How about the humility of Federer? Or Rafter? Or Nadal, no? Even Novak Djokovic, who is as goofy as he is talented?
How about you turn the Nike cap around at your press conference on Sunday, put the water bottle away while you’re talking, remove the chip from your shoulder, and talk like an adult?
We understand that you’re 21, that you’ve had a different upbringing to most, and that you are special. We understand that you need the right mix of arrogance and talent to make it in professional tennis. We envy you.
But wouldn’t it be much easier if we were all mates? If we could get the same warm and fuzzy feeling when we watch you play like, say, when Rod Laver and Federer are hitting balls to each other?
We would rather cheer and admire the qualities in you, as you play in the sweatbox of Rod Laver Arena on day two, as well as Nadal, who plays until his opponent’s body and mind gives up – or his does.
That’s because the best tennis players, in our eyes, aren’t the ones that necessarily win, but the ones that give back.’

However, the good news for Bernard Tomic is that he is not bankrupt, his emotional bank account is low, but it is redeemable — he simply needs a game plan that can serve him much better on and off the court.