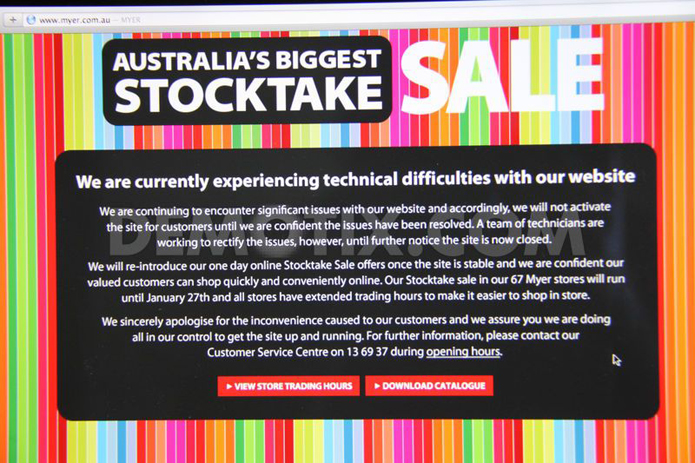 Last week we all found out that department store Myer invited its major rival David Jones on October 28, 2013 to enter talks about a potential merger, offering to give Myer shares to David Jones shareholders in order to create one company. In a statement to the Australian Securities Exchange, Myer said it believed its proposal to create a sustainable, more competitive retailer and provide growth opportunities would have delivered compelling value for shareholders of both groups. But the board of David Jones decided within a month that they had no interest in exploring the topic. They unfortunately demonstrated a rather short-sighted and myopic approach to the future strategic positioning of David Jones by preferring to stay within their own little retail bunker.

The department store concept in Australia is being challenged by host of structural changes from online shopping, to specialty fashion retailers, to an ever increasing full assault from international competitors. Add to this the fact that some of those international players with plans to venture down under, such as H&M, and potentially Marks and Spenser cut straight to the heart of department store offerings.

Even before the new entrants there has simply not been enough differentiation between the department stores for both retailers to survive in an increasingly competitive retail environment and shifting consumer preferences. Their combined share of the Australian retail sales pie has been destined to get smaller and smaller for some time.

Under the Myer proposal, the merged company would have operated Myer and David Jones as separate brands, how differentiated is still some what problematic, but with a superb opportunity to reduce the cost structures sitting behind the respective brand offerings. It has been reported that a merged entity would save $85m a year by combining head office, IT, supply chain, warehousing etc and double the revenue upon which further opportunities could be leveraged. When you throw the new frontier of online shopping into the mix, and the ability to spread the investment and learnings across the two brands, surely one can begin to see the potential upside from a cost structure perspective.

Personally, I think the Myer initiative is a very positive one from a synergistic perspective. However, there is still a more fundamental issue that needs to be addressed and that is what the respective brands stand for. For the younger generation of shoppers there is a complete lack of emotional connection to what is on offer. It simply feels like the brands are about assembling an assortment of a merchandise. There is no defining spirit that makes the younger market want to be part of the department store world. Having said all that, at least taking some costs out of the business and creating a department store brand portfolio mindset, may at least buy some time to reinvent the respective brand propositions.