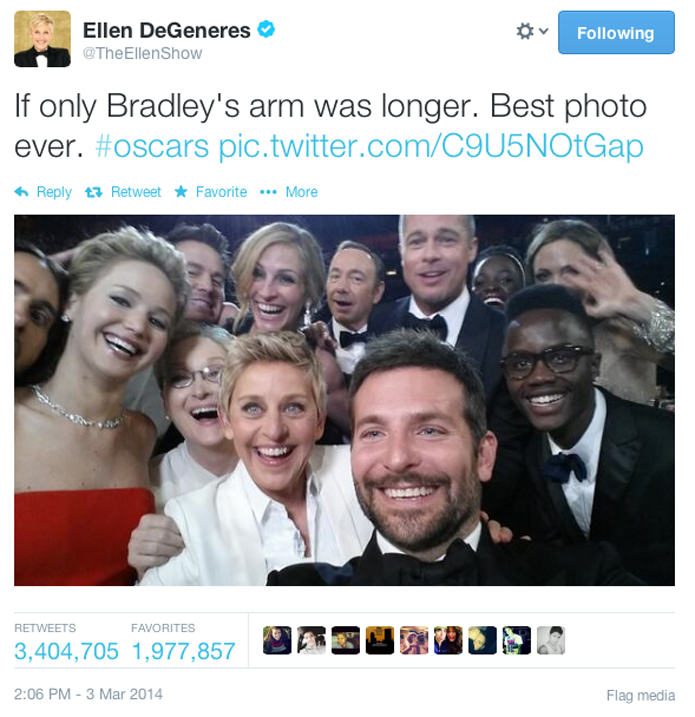 Unless you were living in the darkest of holes in the past couple of weeks, it’s unlikely you missed the selfie that nearly broke the Internet. Posted by Ellen at the Oscars and featuring a number of A-list, grinning celebrities, the picture quickly became the most re-Tweeted image in history (surpassing Obama’s four more years image). Yet, even though the stunt was relatively planned, even Samsung could not have imagined how big it would get.

As a major sponsor of the Oscar’s, Samsung are allowed a lot of leeway in what they can do to promote their products. Samsung planned a Samsung-shot selfie of host Ellen DeGeneres and actress Meryl Streep, but by allowing themselves the option for last minute off-the-cuff changes (or as they call it, “real-time organic” [groan]), the stunt became so much more.

Samsung didn’t want to leave the fury behind and immediately they thought of ways to leverage the activity. They got in contact with Ellen’s management team and devised a way to keep Samsung top of mind. The brand donated $3 million, split between DeGeneres’ two selected nonprofits: St. Jude Children’s Research Hospital and the Humane Society. It’s a massive brand gesture in terms of monetary amount, but the press and word of mouth would surpass that exponentially.

As an aside, easily the funniest part of the whole selfie event was that Liza Minnelli was also caught trying to get in on the action: 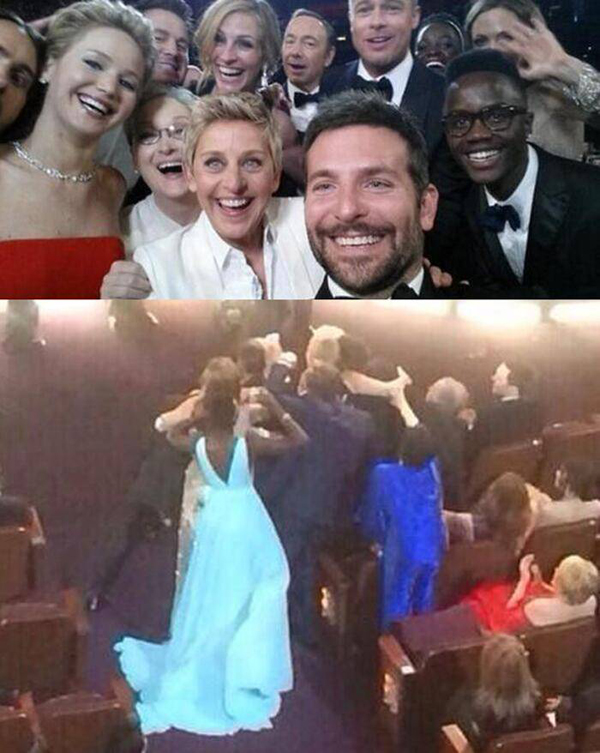 Regardless of that, it’s another well played marketing ploy by Samsung that suddenly took on a whole new life due to their ability to think on their feet. As marketing-bullshit-bingo as the term “real-time organic” is, Samsung has achieved a number of fun results because of this flexible approach and willingness to relinquish a little control in pursuit of a more authentic outcome. 72andSunny produced a very entertaining Samsung commercial for the 2013 Superbowl using a similar method:

Authenticity resonates on social media and Samsung is delivering it spades. In that particular example, the product is frequently referenced but it feels like it deserves to be part of the conversation, not ham-fisted for the sake of brand mentions. It’s a lot more engaging and shareable than Apple’s previous Buy A Mac campaign (although that was definitely a disruptive campaign in its time). If Samsung keeps producing quality content like this, I am happy to keep sharing it.