Hot on the heels of more Australian retailers going to the wall, Swedish ‘fast fashion’ brand H&M opened it latest and one of its biggest stores in Melbourne’s CBD on the weekend.

Once again, this is another example of the power of building an authentic and compelling brand. H&M, like Zara is drawing thousands of Australians into their stores to spend when most Australian retailers are telling us that people are just not spending.

In scenes reminiscent of Zara’s opening in Melbourne in 2011, more than 3,000 people eagerly queued to be amongst the first to the latest big fashion brand from Europe. According to The Age, the H&M Melbourne store had a total of 15,000 customers in their first day of trade.

But what makes H&M such an impressive and highly sought after brand? Is it just a new fad that will fade within a few months or are they really different to other competitors in the Australian market? 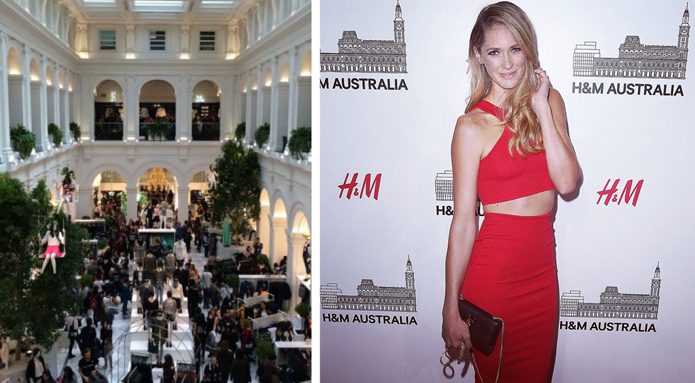 H&M’s brand has long been positioned as ‘Fashion for all’. Much of its success has largely been due to their business model of ‘fast fashion’. Similar to Zara, H&M quickly replicate high fashion at very affordable prices. They also turn their stock over a lot quicker than existing retailers. The more scale they achieve through store expansion, the stronger their advantage becomes.

H&M believes that design, quality and sustainability are not a question of price. They claim to always offer inspiring fashion with unbeatable value for money. The H&M approach is built around in-house design, no middlemen, large purchasing volumes, buying the right products from the right markets, efficient logistics and cost-consciousness in all parts of the organisation.

Like any new big store opening there will always be intrigue. But H&M would not be investing in one of their biggest stores if they didn’t see real opportunity in the Australian market.

H&M Australia managing director Hans Andersson has already confirmed that rent and wage costs are much higher in Australia than many of their other countries (many of the reasons sited from Australian retailers who have recently collapsed). Despite this, he still believes H&M will take a sizeable chunk of the Australian market.

The Melbourne store is no small investment either. Melbourne is a 4,500 M2, three-story signature store. The company is already planning their next stores in other major cities in Australia – most likely locations close to their other European competitor, Zara. 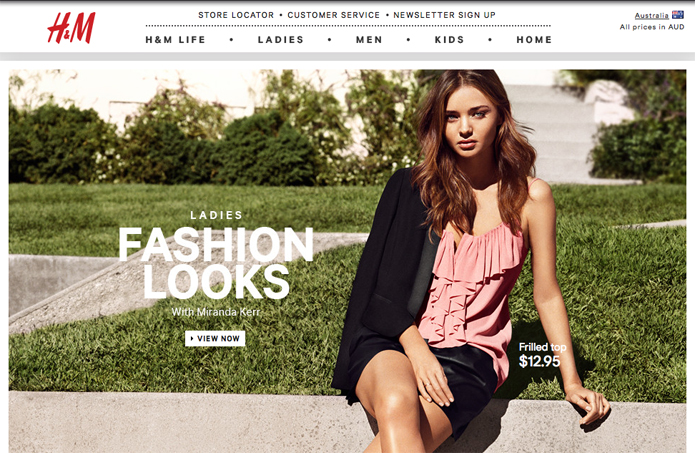 But with the fashion industry under increasing scrutiny from consumers about how ethical they are in terms of their operating practices and supply chain, is H&M’s cost-conscious ‘fast fashion’ approach short-sighted?

Interestingly, for a brand that is so price driven, the brand is also ethically minded. They have some strong brand beliefs about how to be economically, socially and environmentally sustainable. H&M has seven commitments: provide fashion for conscious customers; choose and reward responsible partners; be ethical; be climate smart; reduce, reuse, recycle; use natural resources responsibly; and strengthen communities.

While this could be more talk than action, H&M has been recognised as the biggest user of organic cotton in the world for the second year in a row last year. They also claim to be the first fashion retailer to launch a global system to collect and recycle old clothes and are working with WWF to set new standards for water stewardship in the industry.

It seems on many fronts H&M is leaving Australian retailers behind and there isn’t much sympathy from The Australian Retailers Association (ARA). The ARA says while competition is increasing, retailers need to step up their game and make a good offering for the consumer.

What do you think about H&M? Is it a stand out brand and what impact will it have on the Australian market? What are Australian retailers doing wrong?