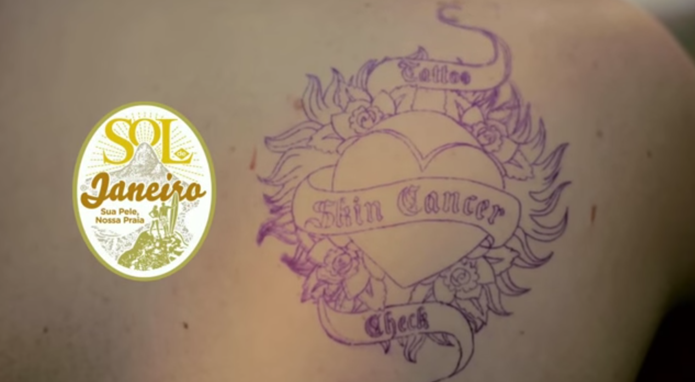 At the core of this campaign is a simple and brilliant idea. It leverages existing behaviour into something based in education with a real, positive outcome. It’s not telling people to do something different (which is always off putting) but instead is increasing value of a societal norm. It reframes the conversation by putting the knowledge and words of dermatologists into those of tattoo artists — people that are often trusted by their customers, or at the very least, conduct conversation across common ground.

The oncologist taught tattoo artists the “ABCD” rule that is used to spot signs of skin cancer — Asymmetry, Border Irregularity, Color and Diameter. This same course was taught online for tattoo artists all around the country to take part in. The visual exam is a common first step to noticing any irregularities and if necessary, the artists recommend their customers see a dermatologist.

What’s staggering is just how quickly the numbers add up: as noted in the video, 450 tattoo artists seeing an average of six clients a day, means that nearly 19,000 people are getting checked every week. In a country where 180,000 new cases of skin cancer are diagnosed annually, the ability to bring the conversation to a gigantic proportion of the country speaks volumes of the potential to educate an at risk population.

This sort of thinking can be applied far beyond tattoo artists in Brazil: think masseurs, day spa attendants and beauty therapists all around the world — especially here in Australia. Ogilvy Brazil has brought education to the masses in a way that aligns directly to the audiences’ way of life. Young people are not known for their propensity to visit the doctor, especially for something they think only happens later in life. They are also far more likely to listen to their peers or someone they respect (and as a generalisation it’s probably fair to say they respect their tattoo artist more than their local GP). It is a commendable and intelligent campaign and one that will hopefully push the envelope of education-based communications in the future.