Make mention of the name “Comic Sans” in design circles and you’re likely to be met with visceral reactions. The font, designed by Vincent Connare and released by Microsoft in 1994 is one of the most disliked fonts in the design community, and one of the most overused fonts on office notice boards.

But is it really that bad? Yes, yes it is. But at least now, something positive is coming from it.

The entertainingly named “comicsanscancer.com” is actually seeking to find some good in the font, despite what the domain name would have you believe. To celebrate the 20th anniversary of the typeface, an upcoming exhibition is inviting the world to submit posters inspired by the font (whether you love it or hate it) and all proceeds will go towards Cancer Research UK.

The project is the brainchild of three UK designers, all seemingly far enough along in their careers to consider Comic Sans an unacceptable type choice. That said, they are all smart enough to recognise a great opportunity when they see one, and the very idea that the design community gets to put forth works about the typeface, with a really nice positive outcome, is simply commendable.

While I am so excited to see the outcomes of the exhibition, in the meantime to tide you over, here are a few amusing examples of designers and their thoughts on Comic Sans. 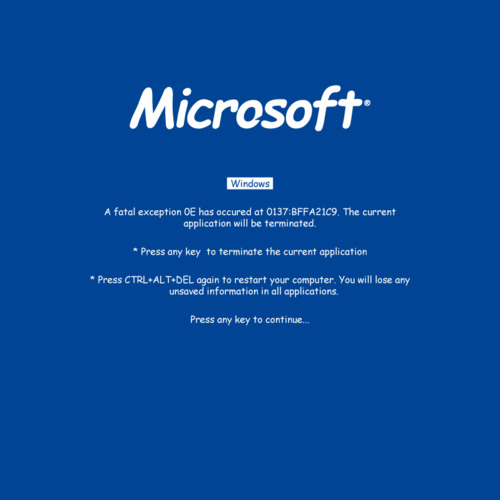 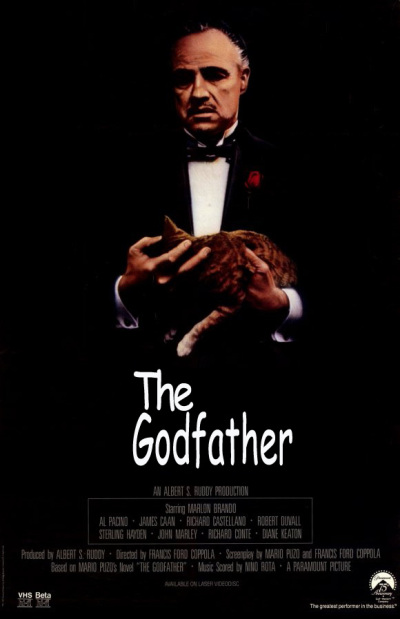 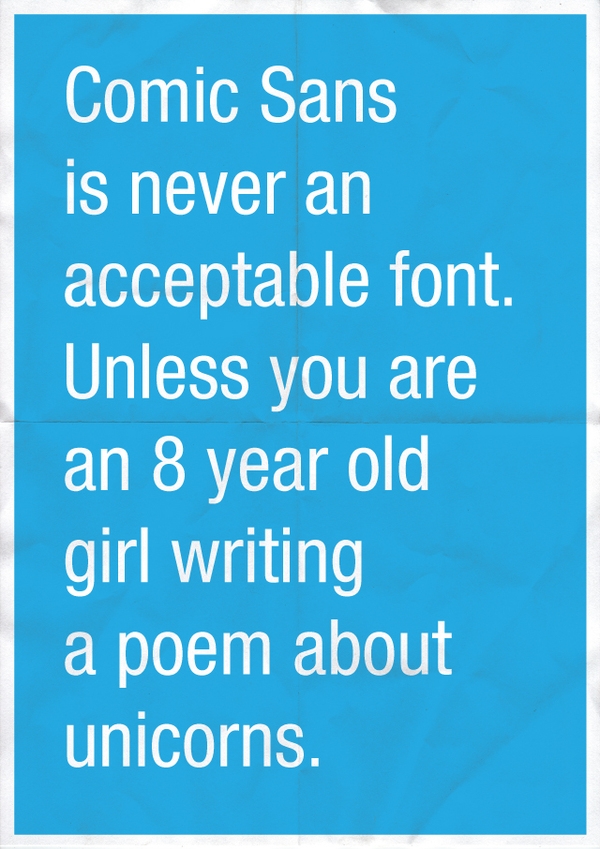 And who doesn’t love a bit of Punday Monday? 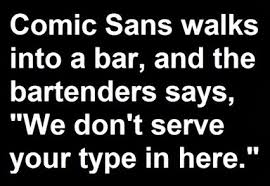 What are some other examples of (in)appropriate Comic Sans usage?