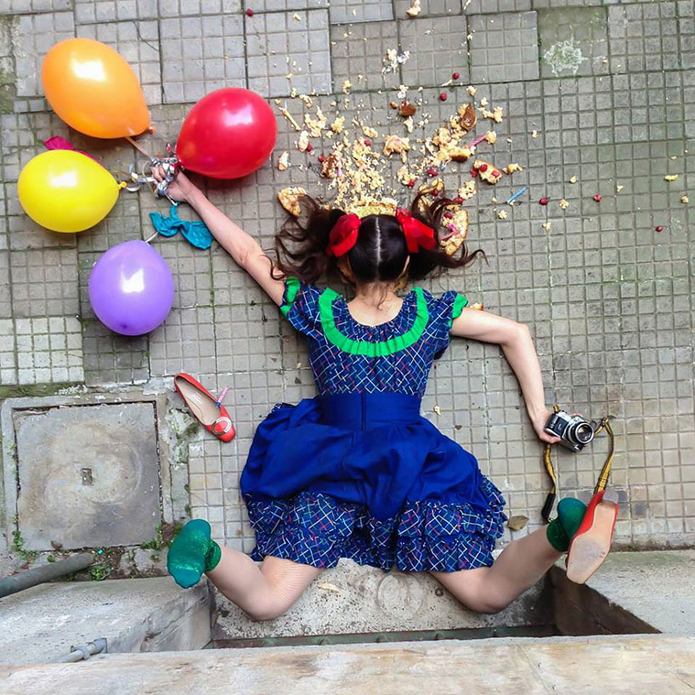 Italian photographer, Sandro Giordano has captured a series of photos of people falling down and face planting. Titled, ‘in extremis (bodies with no regret)’, the hilarious photos illustrate men and women on the ground, face first, their items strewn about them.

As stated by the photographer, ‘my photographs are short stories about a falling-down world.‘ giordano describes ‘each shot tells about worn out characters who, as if a sudden black-out of mind and body took over, let themselves crash with no attempt to save themselves, unable, because of the fatigue of the everyday representation of living, oppressed by appearance instead of simply existing.’

They are beautifully shot and very entertaining. There’s a level of detail to each of these which is remarkable and it feels like a totally complete body of work. They are well styled and composed. the instinctive reaction is bewilderment and awkwardness towards the unlucky fate of the character, but then that same awkwardness breaks into a liberating laugh. this is the effect I want to recreate through my photographs: tell tragedy through irony.’ 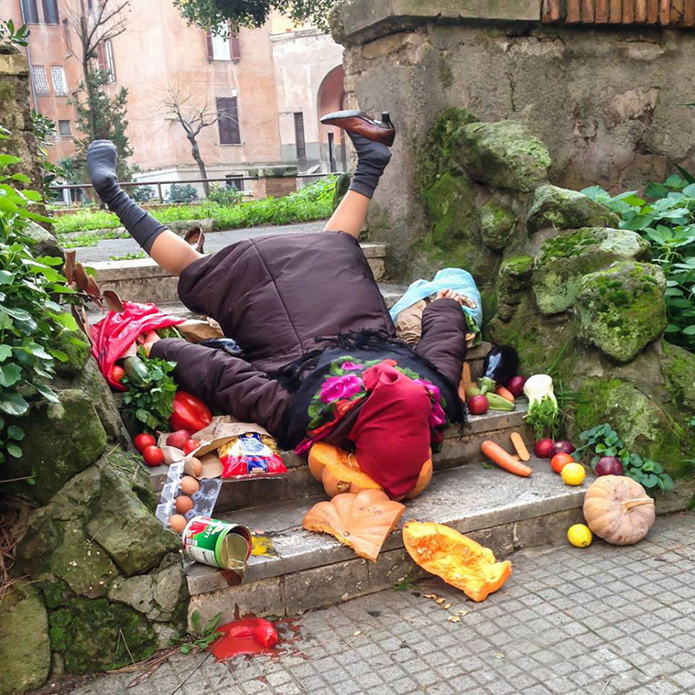 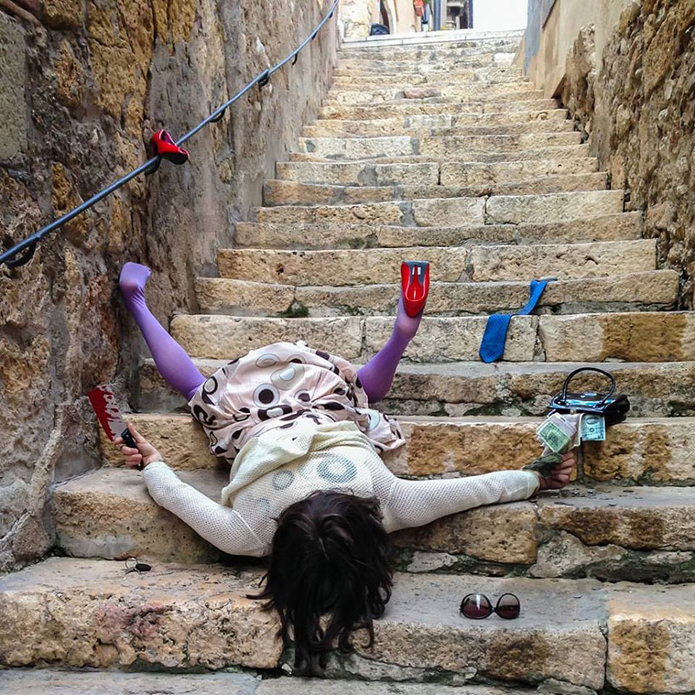 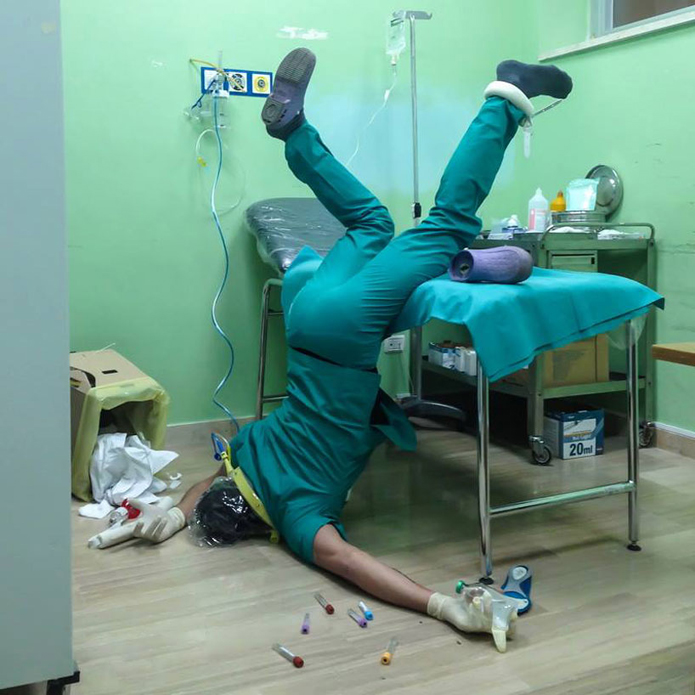 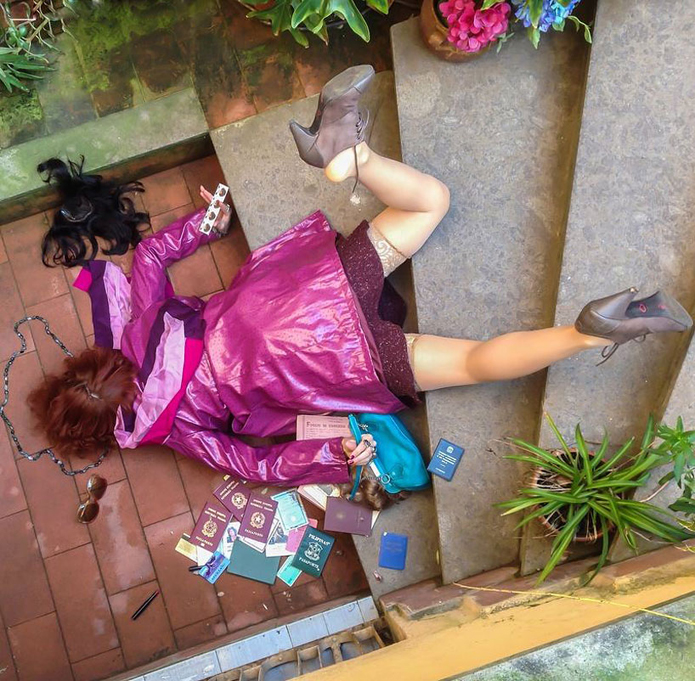 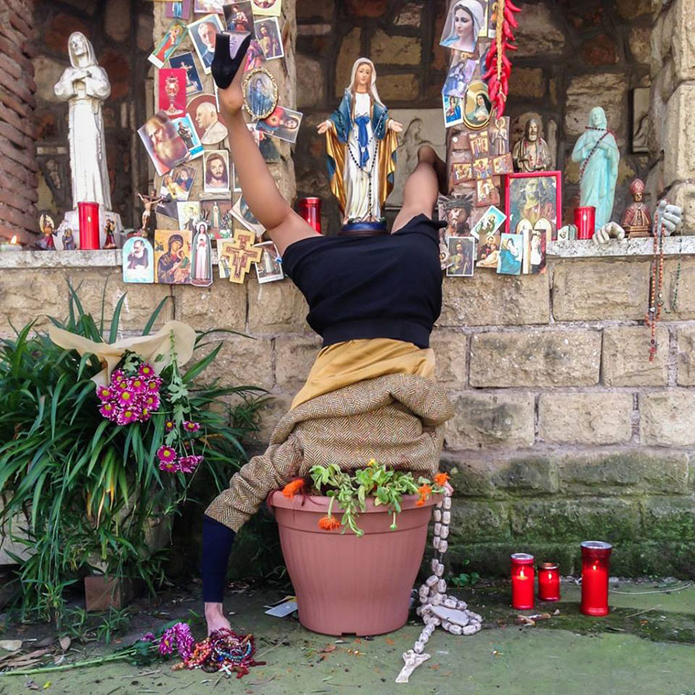 Hopefully they not a reflection of how you’re feeling this Monday morning.