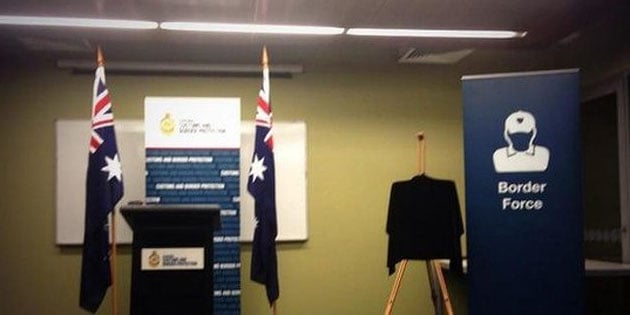 A couple of weeks ago when the Immigration Minister Scott Morrison held another press conference to tell nobody, nothing about whats not going on at any undisclosed locations where there are no boats. But the takeaway from the press conference was not interest in the new headquarters for border protection but rather the apparent new identity for the Border Force.

According to the Age’s Markus Mannheim the rather authoritarian identity was not a new logo but rather an icon lifted from a government publication published last year a Customs report, Blueprint for Reform 2013 – 2018.

The icon seems to have been originally created to visualise Custom’s staff both uniformed and non-uniformed, where it works quite well, you see a lady and a uniformed man: 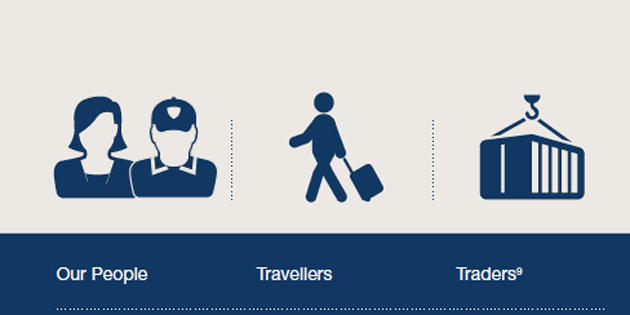 Later in the same report it was adapted as a place holder visual for Border Force, the inverting of the colours and random change of line weight as well as the isolation of the figure make it more authoritarian. You can nearly visualise the kind of decision making that lead to this outcome, It’s like the committee to design a stop sign. 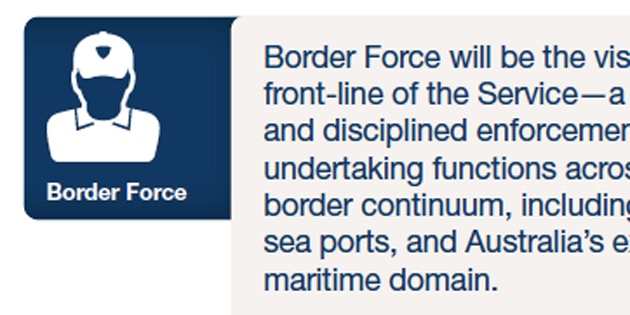 The next step to then take this icon out of context and present it as a form of identity to the nations press on a pull up banner with greater weighting than the Customs identity is the real mind boggler. The fact that something this ‘amateur hour’ can happen in such an obviously sensitive forum for the government speaks volumes of the kind of strategy and management at work here. Maybe they should be getting some more professional advice from someone like First Dog!