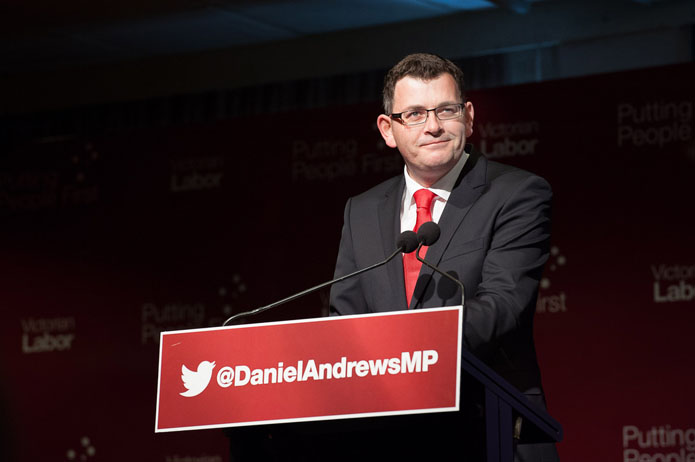 “Hi, I’m Dan”, Victoria’s Opposition Leader Daniel Andrews tells voters in Labor’s first major election-year TV advertisement. The Age newspaper on Wednesday this week reported that the Victorian leader of the Labour party is trialing a more informal handle. It is saying that plain old Daniel (although there is an each-way-bet still playing out in some communications) perhaps does not quite do the trick. It has also been suggested that strategists have used research to establish that Dan needs a story, one removed from the world of politics, where he has spent the majority of his adult life.

In the world of brand, there is no doubt a compelling, relevant and evocative storyline is fundamental. But it needs to be authentic. So Danny Boy, bring it on. The related question is however, will the name Dan serve you well.

Over time much of the apparent influence of names on our behavior has been attributed to what’s known as the implicit-egotism effect whereby we are generally drawn to the things and people that most resemble us. Because we value and identify with our own names, and initials, the logic goes, we prefer things that have something in common with them. On this logic Daniel, switch your name to Pedro, and I am more than likely to ask you to be my new best friend – or at least vote for you.

We happen to also have a brain that thrives on creating patterns and orders where there is none, to help us survive in a world where we are bombarded with information. We’re also programmed (subconsciously) to base prejudices on our own experiences, so if we’ve met two Daniels who were total drop kicks, we’re likely to lump poor old Daniel Andrews in with them. It’s not fair, but it’s the way our brains work. We therefore need to be a little discerning.

In terms of Daniel or Dan my mind does not get swamped with associations and meaning. So I have succumbed to a Google search and Urban Dictionary for some inspiration. It in turn suggests the reason this name continues to elude even the brightest of human minds is that the idea of Daniel cannot possibly exist in a dimensional state. Daniel is so powerful it defies all laws of this or any other universe. Recent studies have shown that people who have attempted to comprehend this name have either disappeared, died spontaneously, or driven themselves into a pertinent state of insanity and/or catatonia. One common belief is that Daniel is possibly the grounds on which everything and nothing is based (all sounds very like a politician).

Based on the above I am beginning to warm to Dan.