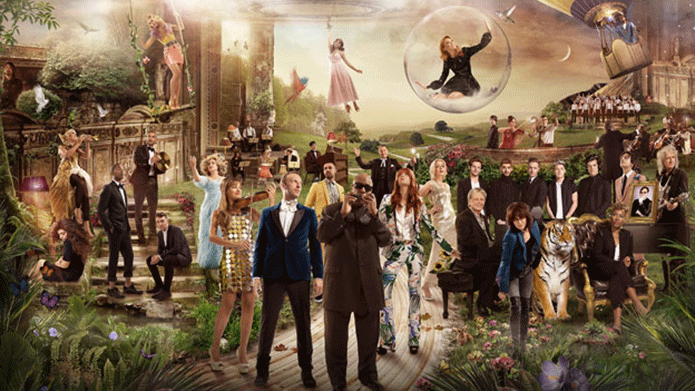 The BBC has always been a standout national broadcaster that many nations have tried to benchmark against. Now, they are reasserting their music dominance not only in the UK, but also on the global stage with the BBC Music brand launch.

This is an impressive brand gesture that leverages the strength of some of the world’s biggest artists to further cement the BBC’s reputation for creative and entertainment leadership. Best of all, this doesn’t just promote BBC’s new music service but also lifts the profile of all of all of BBCs services.

The fact that the initiative not only promotes BBC Music but also raises money for ‘Children in Need’ is also a smart move which probably helped garner support from the big names.

In an epic production, the BBC has brought together 27 of the world’s leading musicians to recreate the Beach Boys classic, ‘God only knows’.

Bob Shennan, director of BBC Music, said: “This ‘impossible’ orchestra is a celebration of all the talent, diversity and musical passion found every single day throughout the BBC.”

While there have been the usual critics such as The Independent, who labelled this as “propaganda film, made by a dictatorship losing its credibility”, most of the response has been positive, if not gushing.

The BBC has cleverly leveraged their traditional broadcasting assets to promote this with the track being simulcast across their TV and radio stations. But the reach is already going far beyond the BBC’s own channels. The song and video is being shared and reported on globally. On Youtube alone, it surpassed two million views in a few days.

BBC Music will encompass TV and radio programming, digital services and schemes to support emerging talent including the introduction of classical music to UK primary schools.

The video clip was filmed in London’s Alexandra Palace theatre, the location of the first BBC broadcast more than 90 years ago. The backdrop to the video is transformed through CGI animation into a fantastical, tropical setting as the song progresses.

As much as I am avid supporter of our ABC, it’s hard to imagine them pulling off a brand piece this strong. However, with much of the current dialogue about the value the ABC does or does not deliver, perhaps now is the right time for the ABC to really be considering a big brand gesture. At least something more engaging that the current PC of diverse Aussies claiming it’s ‘my ABC’.