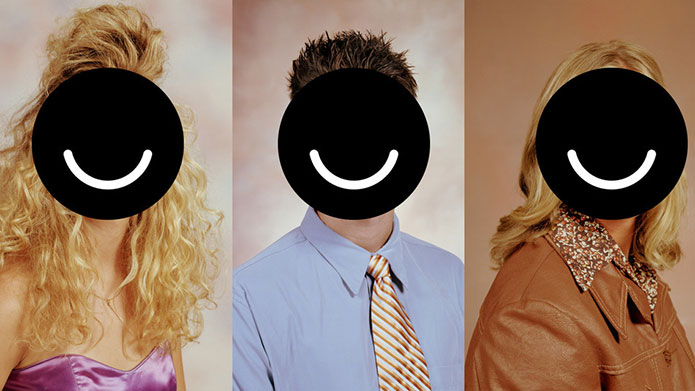 Everybody loves to bitch & moan about facebook.
The role that facebook plays in the lives of its consumers has evolved from much loved with a high degree of loyalty to habitual with a degree of resentment. As the world’s first ubiquitous social network platform turns into a business, the combination of imposed advertising and restriction of message distribution (to promote its paid ‘Boost Post’ functionality) have changed the essential fabric of the brand. Whilst facebook is still very much rooted into the way much of the world communicates, the nature of it’s consumer relationships has shifted with loyalty being the loser. As yet there has been no major migration away from facebook. The sheer scale of facebook’s population means that hundreds of thousands if-not millions of users would need to jump ship before a trend could be called. But in many ways this is the perfect environment for a challenger brand to take a foothold in the category, and with no shortage of Silicon Valley dreamers, new platform Ello looks the most likely to make a play.

A large part of Ello’s appeal is its clear positioning as everything that facebook is not. The manifesto on the Ello home page reads; “Your social network is owned by advertisers. Every post you share, every friend you make and every link you follow is tracked, recorded and converted into data. Advertisers buy your data so they can show you more ads. You are the product that’s bought and sold.” Talk about understanding a powerful consumer sentiment and tapping it to create an alternative.

Intentionally by contrast, Ello’s is brand positioning is “simple, beautiful and ad-free”. And they could ad ‘Transparent’ to that also as they are upfront about the data they collect anonymously, and give users the option to opt out if they wish. Facebook is constantly criticised for making changes to the user experience. Usually these are driven by business decisions. Rather than blindsiding its users, Ello plans to capitalise on its transparency and charge users for some features to make the site viable. 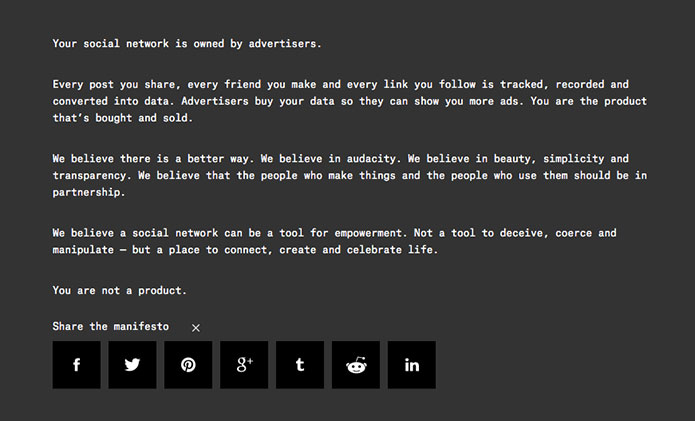 As an indication that the brand really knows what it’s about and the paradigm they wish to create to take on facebook, Ello co-founder Paul Budnitz recently said; “We don’t really see ourselves competing with Facebook at all, We see Facebook is an advertising platform, not a social network.”

The second part of the Ello picture is the positioning of the community for the aspirational and influential  Design and Art crowd. Ello membership is by invitation only, with new members able to invite five friends to join. This model suggests Ello wont be exclusive for long, but is creating a huge buzz in the mean time. What we know from brands is the cache of exclusivity is hugely valuable well beyond the point a brand is no longer exclusive – call it ‘massclusivity’. Ello was originally built as a private network for industry insiders, but was relaunched to the public on August 7 as its popularity grew. The look, feel and language of the site still reflects its creative origins. The artists, designers and early adopters currently populating the network are likely to add an extra layer of cred.

Ello is reportedly receiving more than 30,000 invitation requests every hour, although they don’t disclose user numbers.

Ello will feel familiar to new users. It resembles a cross between Twitter, Pinterest and Google Plus Founded by a group of designers and artists, Ello’s minimalist layout lends itself well to posting large images.

“We have thousands of people writing in requesting features they would be willing to pay for,” Mr Budnitz said. “For a very small amount of money we are going to sell special features that certain users may want to add to their account. Buying a feature now and then for a few dollars is a great way to support an ad-free network.”

The site already has a number of branded accounts, including one advertising bicycles made by one of its founders. This may also be a sign of things to come where social networks include brand accounts aligned with their community and complementary to their ethos.

Without doubt Ello provides an interesting counterpoint to facebook, but only time will tell if they have the momentum to become a genuine challenge. 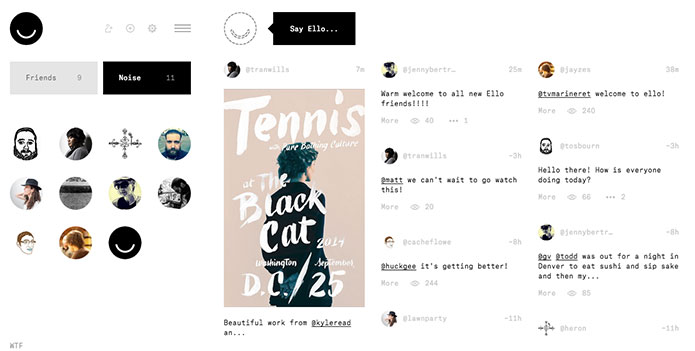 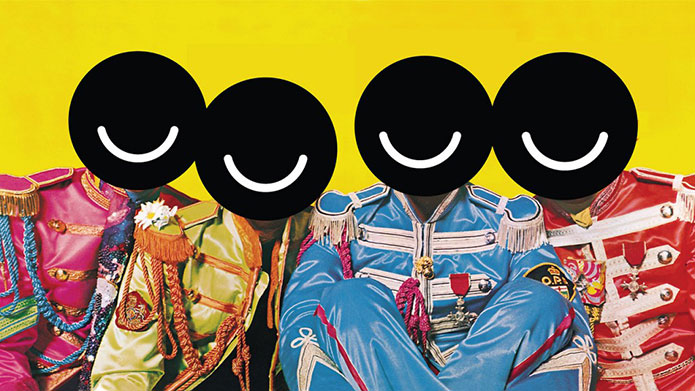