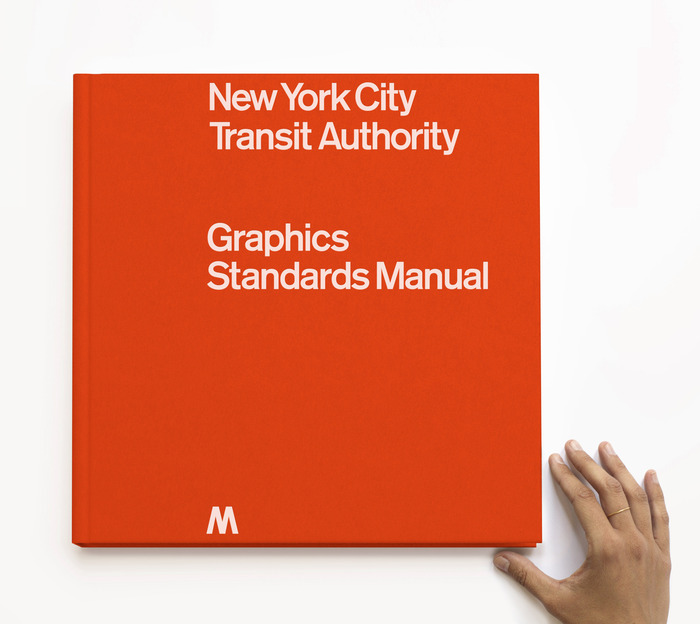 The Forefather of Brand Identity Guidelines
If you found yourself in the New York City subway in the 1960s, you were probably lost. Signs didn’t help you find your way, standards didn’t exist, even handmade lettering was common. Mass confusion was the status quo. In 1970, the Standards Manual changed everything.

In 2012 Hamish and his partner Jesse Reed found a rare original copy of the Standards Manual in the basement of the design firm Pentagram. They created a website (thestandardsmanual.com) and sent it to a few friends who they thought would enjoy it. Within 72 hours, the website was a viral hit with a quarter of a million unique views. But seeing the Standards Manual on screen didn’t do it justice. Reed and Smyth realized that the only way to truly experience the Standards Manual was full-size in print.

In August 2014, Reed and Smyth got exclusive permission from the MTA to reissue the Standards Manual as a hardcover book, but with one condition: the reissue will only be available during the length of a 30-day Kickstarter campaign, launching this Wednesday, September 10. The Standards Manual reissue will be printed using high quality scans from the original. Every page will be included, printed only on the right hand page of the book—consistent with the single-sided page ring-binder format of the original. In addition, this exclusive reissue will include an introduction from Vignelli’s protégé and now Pentagram partner Michael Bierut, and an essay from New York magazine’s Christopher Bonanos, author of Instant: The Story of Polaroid.

In 1967 the New York City Transit Authority hired Massimo Vignelli and Bob Noorda of the design firm Unimark International to design a signage and wayfinding system that would solve the problem underground.

The work they delivered, the 1970 New York City Transit Authority Graphic Standards Manual, succeeded in that goal and, perhaps unintentionally, the Standards Manual became one of the world’s classic examples of modern design.

“The Standards Manual looks like arcana, and in many ways it is. But it is also an artifact from a really important moment in the history of New York: the point when the city began to realize it couldn’t just take the subway system for granted and focus all its attention on highways and car culture. The enlightenment didn’t come right away—in the 1970s, many things about the subway got worse before they got better—and signs were a small part of that rebirth, but they were a highly visible one.”
Christopher Bonanos, New York magazine.

In 2012 – 42 years after the Standards Manual was released, a rare copy was discovered in the basement of design firm Pentagram.

Now, under an agreement with the MTA, every page is being scanned and reprinted in a full-size hardcover book. The MTA agreed on the reissue with one condition: it will only be available during this 30-day Kickstarter campaign. After this campaign, the book will never be reissued again. 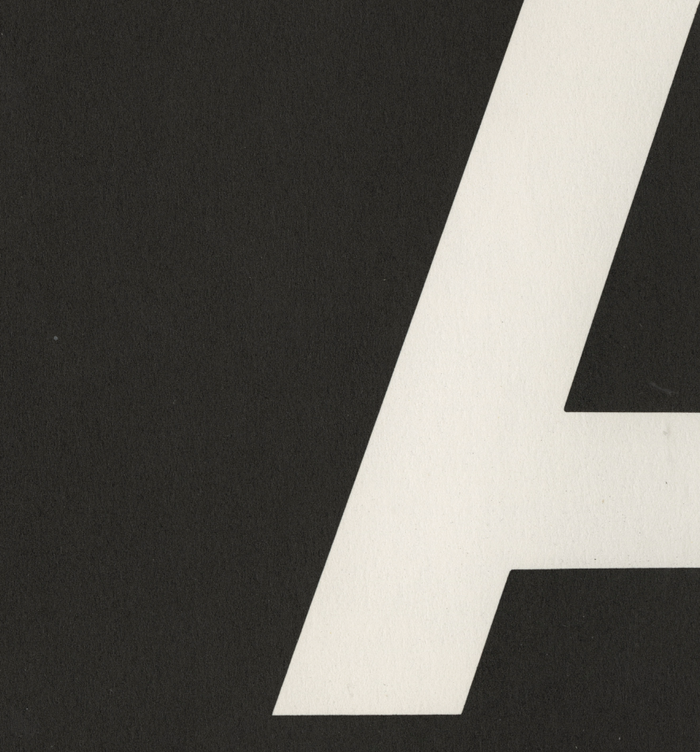 Full specifications of the reissue.

Plates printed from high-resolution scans of the original Standards Manual.

Hardcover with Cialux cloth wrap and foil stamped title on the cover and spine. 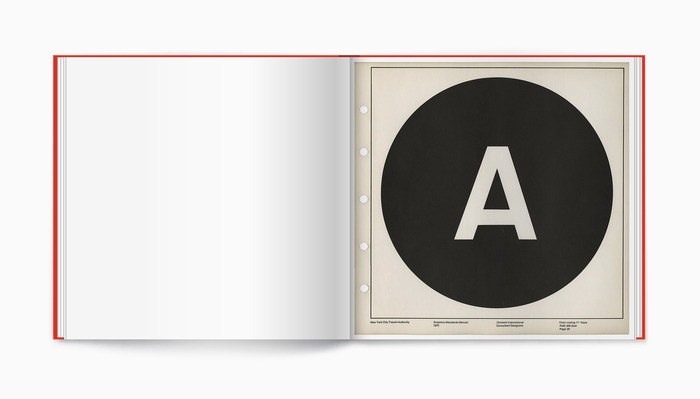 The book is huge.

Section 1 of reissue: Introduction and essay.

Michael Bierut is a Partner at the international design consultancy Pentagram. Prior to joining Pentagram in 1990 in the firm’s New York office, he worked for ten years under Massimo Vignelli at Vignelli Associates, ultimately as vice president of graphic design.

Michael Bierut is a senior design critic at the Yale School of Art, co-editor of the anthology series Looking Closer: Critical Writings on Graphic Design, published by Allworth Press, and in 1998 he co-edited and designed the monograph Tibor Kalman: Perverse Optimist. He is a co-founder of the weblog Design Observer and his commentaries about graphic design in everyday life can be heard nationally on the Public Radio International program “Studio 360.” His book Seventy-nine Short Essays on Design was published by Princeton Architectural Press in 2007.

Chris Bonanos is a staff writer at New York magazine and is the author of Instant: The Story of Polaroid.

Each page of the original Standards Manual will be scanned and be offset printed in four colors.

Every page will be included, printed only on the right hand page of the book—consistent with the ring-binder format of the original Standards Manual. Beyond basic curves adjustments for consistency, the pages will not be altered in any way. 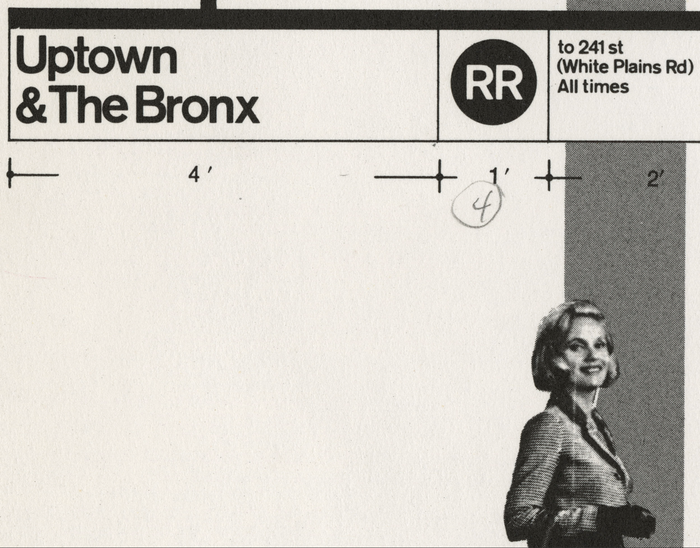 Partnership with MTA and Goal.

The project has been granted permission by the MTA to reissue the Standards Manual. The copyright to the publication is owned by NYCTA and MTA.

As part of the agreement, no additional copies other than those offered here on Kickstarter will ever be available. If you’re waiting for the Kindle version, don’t hold your breath!

They will be donating 36 copies of the Manual reissue to the New York Transit Museum for storage and preservation.

As graphic designers who have produced books themselves, the guys clearly appreciate high-quality publishing and know what it takes to produce a high-quality art book.

The book will be printed in Vicenza, Italy.

The reissue cover, introduction, and essay headings will be set in a custom version of Standard Medium by type designer Nick Sherman.

Nick painstakingly recreated the font from the photographs we posted on thestandardsmanual.com and has allowed us to use it in the reissue.

For lovers of brand identity and those obsessed with the subject, this book represents a rare intersection of history, design and craft. The project has been fully funded on Kickstarter, meaning a) it will go ahead and b) it will only be available to those who have sponsored the project. Delivery has yet to be organised to Australia but apparently is in the works. The Kickstarter campaign is open until mid Oct. so don’t mess around.

You can check the Kickstarter campaign here: https://www.kickstarter.com/projects/thestandardsmanual/full-size-reissue-of-the-nycta-graphics-standards