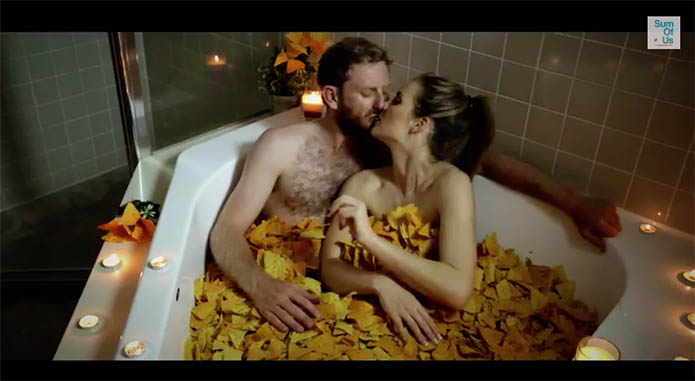 Consumer group movement SumOfUs is targeting the Doritos Crash the Super Bowl competition with an ad making the brand and the parent company PepsiCo accountable for their use of Palm Oil. At first the ad looks like an entry for the Crash the Super Bowl campaign but then turns out to be an attack on the brand and their use of Palm Oil. Each year Doritos hold a crash the Super Bowl campaign calling for consumer generated content. Given the high profile nature of the brand, super bowl and the competition this is a great platform for the consumer advocacy group to bring the issues to the world stage. I think that this approach is brilliant, why shouldn’t we as consumers hold brands accountable and demand that they treat the world better? After all, consumers have the power we just need to unite and make brands listen to our demands. 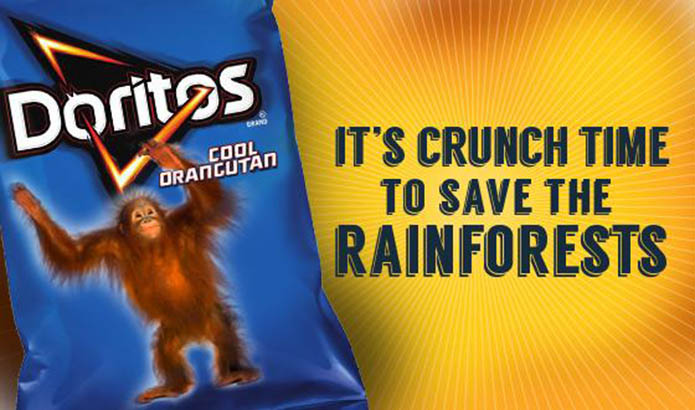 “Each year, PepsiCo buys 427, 500 tonnes of palm oil. Given the high profile nature of the Doritos Super Bowl campaign, we’re using the opportunity to educate consumers around the world about PepsiCo’s irresponsible palm oil sourcing policy.”

SumofUs senior campaigner Hanna Thomas said: “We’re calling PepsiCo to stop using unsustainable palm oil in their products because it comes at a terrible human and environmental cost.  Workers in Southeast Asia, including children, are trapped in modern slavery and the clearing of rainforests and peatlands are driving species like the orangutan and Sumatran tiger to extinction, as well as releasing massive amounts of greenhouse gases into our atmosphere.”

As well as launching a digital attack the campaign will run on ads and buses in the UK. 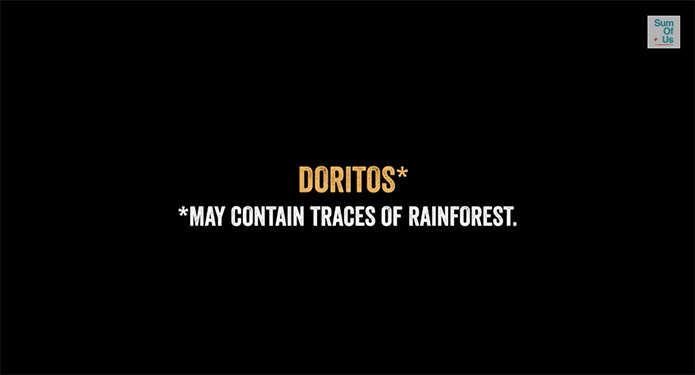 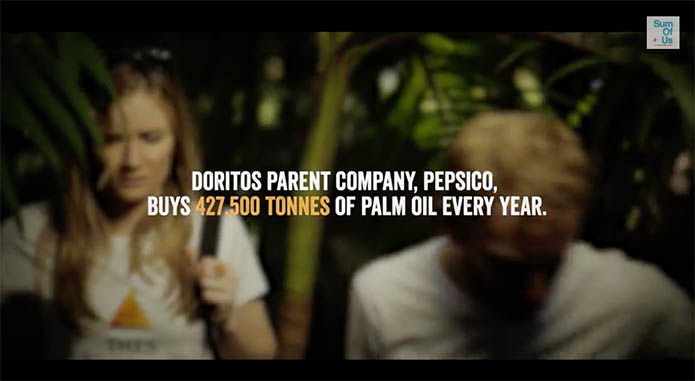 I applaud anyone who can get their voice heard by such a large brand, as a stand alone consumer these big companies seem untouchable. Consumers do have power, every time we spend our money we are choosing which brands to support. As a single voice we may struggle to be heard but as a group we hold the power. I do think it takes something to bring consumer voices together to be noticed, although nothing makes as much impact as pulling your money away from brands that don’t align with your ethics. The video got PepsiCo’s attention, although they are refuting the claims saying that they are fiction rather than fact.

This is what the company had to say: “SumofUs’ continual mischaracterisations of our palm oil commitments are patently false and run counter to the positive reception our policies have received from expert organizations in this arena. PepsiCo has repeatedly stated that we are absolutely committed to 100% sustainable palm oil in 2015 and to zero deforestation in our activities and sourcing. This latest public relations stunt, focused on fiction rather than facts, does nothing to foster positive dialogue or affect positive change. We find our policies effective and stand by them.”

The YouTube clip has received over 1 million hits however, this hasn’t all translated into signatures on the petition which at the time of this article had only received 287,675 signatures of a 300,000 target. There is something to be said about awareness in this case. Although people may not be willing to sign the petition yet it may get them thinking and deciding to leave the bag of Doritos on the supermarket shelf.

As a brand you need to  know that sooner or later consumers will hold you accountable and demand that you act responsibly. An ethically minded brand won’t let it come to that stand-off, it will proactively seek out ways to act ethically and responsibly.

If you’re wondering how to choose ethical products check this site out.