Karen walker’s clever new eyewear campaign is even better than her last!

Karen Walker’s eyewear campaigns have a glowing reputation for featuring stand out concepts for there highly lusted after eyewear. Just when you thought she couldn’t top her last season, we see Walker use a ‘celebrity’ as the face of the brand for the first time. The gorgeous redhead’s story is a true Cinderella one. She was discovered living in cruel circumstances but after being rescued, she has quickly rocketed to fame thanks to her wonderful looks, charming personality and a rather popular instagram account with over 160k followers. This season’s star is, Toast (meetsworld) – the King Charles Cavalier Spaniel, a self proclaimed NYC “IT” girl, and toothless cute hobo. 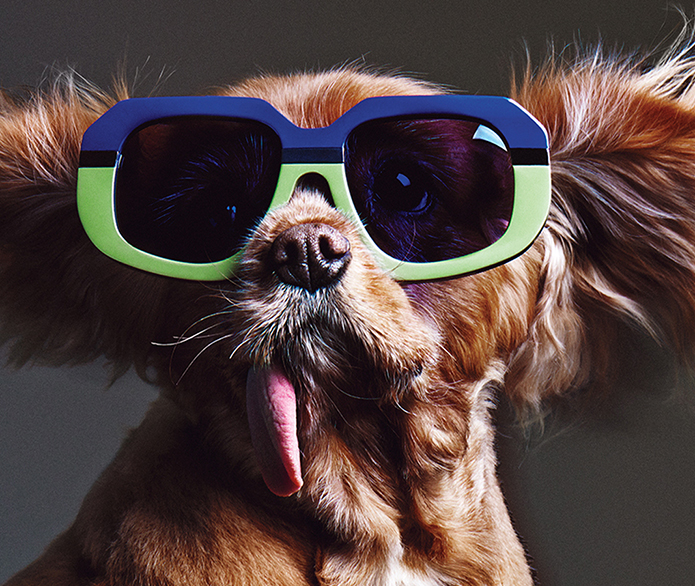 “We wanted somebody who had that caramelly, 70s, Farrah Fawcett-y wind-machine aesthetic, and who better than this beautiful redhead?”

Toast’s signature style is one of those “lop-sided tongue-out looks” which was a result of having her rotten teeth removed after she was rescued from a puppy mill. Walker was happy to be able to raise awareness of such puppy mills and commercial dog breeding operations that have very little, to no consideration for animal welfare.

Walker has a knack for casting the unexpected, but we have really seen her step up her game in recent years with the 2013 campaign that partnered with the United Nations’ ITC Ethical Fashion Initiative to create work for community groups of artisans in Kenya. (which also feature some stunning behind the scenes photography that is almost more intriguing as the campaign itself) There was also the collaboration with Ari Cohen from Advanced Style – a blog that looks at the street fashion of men and women of NYC that are considered “older folk”. Karen also appears in the campaign alongside the pup but was quick to point out “Toast was slick, she showed up on time, loved the wind machine. She was out at 4pm for a red carpet event. We shot me on the day as well and I was much harder talent.” 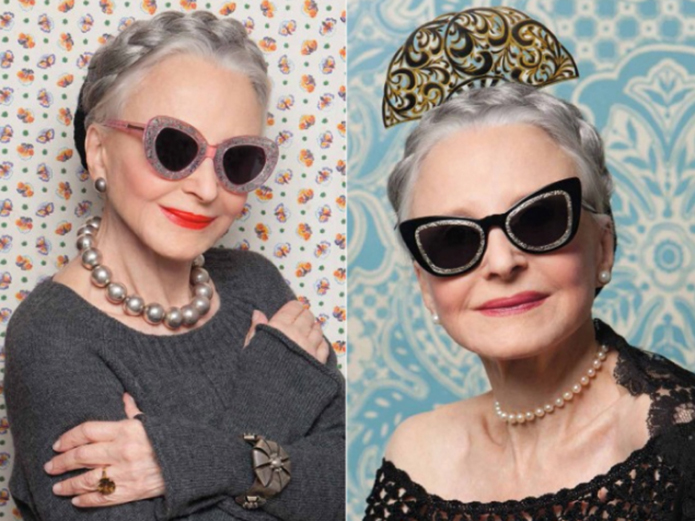 Using these unexpected models really enforces the quirky personality of the Karen Walker brand. They have found a way to make a mark on the industry and stand out in a saturated market. It is becoming harder and harder to stand out with the explosion of the digital age, but the clever use of a social media icon is such a powerful marketing direction for this brand.

Supporting and bringing awareness to a good cause is using your brand power for the better. I think any example of this is intriguing, but when executed well, these bold, ballsy gestures really amplify the brands voice and what the brand stands for ethically.

Having been a fan of Karen walker eyewear for a number of years, I have seen it grow in popularity, almost to the point where it becomes undesirable. For me – Karen has seamlessly brought back that desire to stay true to this brand – with this clever, engaging and outside the box thinking.

“We’ll have all our older (advanced style) ladies and one toothless dog, all front row together. Eat your heart out, Celine.”