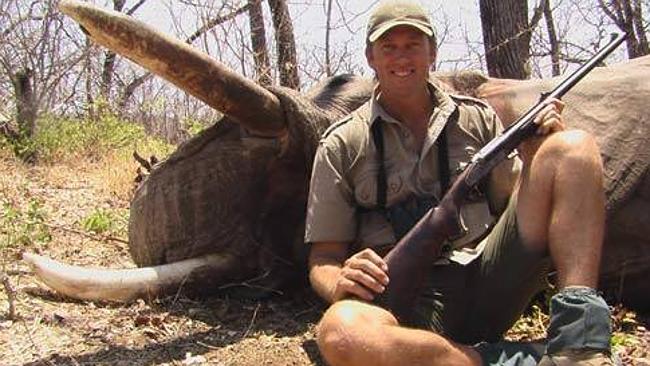 There’s been a lot of negative press around Aussie cricketing legend, Glenn McGrath in the last week, as pictures of him on a ‘legal’ wildlife hunting safari in Zimbabwe back in 2008 have emerged. He’s pictured hoarding over his prized kills including an elephant, buffalo, hyenias and wildebeast. While I think the act is horrendous, I’m not here to comment on his actions, but what I am interested in, is what does it mean for his Breast Cancer charity brand, The McGrath Foundation?

McGrath founded the charity with his now late wife Jane McGrath who passed away from breast cancer in 2008. The McGrath Foundation to date has been one of Australia’s most respected and recognised charities, supporting women and their families going through breast cancer. Their mission is to provide every family affected by breast cancer with a breast care nurse, regardless of their financial situation. The McGrath Foundation brand with integrity, credibility, respect and accountability defined as part of their value set, could be facing serious threat to the credibility of the brand that in order to survive, relies on private donations. At what point can controversy around a celebrity’s personal brand be detrimental to not only their own career, but also any foundations or charities that they are a part of?

McGrath has since made a statement that he was going through a particularly difficult stage in his life, when his wife passed away and he deeply regrets his actions. He has in the last number of years, stepped into a chairman role, but do you think he should distance himself from the brand, so he doesn’t jeoprodise the 13 years of work, building the brand to what it is to Australians today? I think its really important that he has apologised, but  am yet to see an official statement from the charity, I’m sure they are planning a PR strategy. Ironically, when doing some research, I came across the most recent news post on their site from last Thursday, regarding the Greyhound Racing scandal in Victoria, stating that they were suspending relationships with Greyhound Racing Victoria amid claims of animal cruelty and live baiting. I don’t think they pre-empted Saturday’s news headlines when writing this statement.

“The McGrath Foundation has relationships with many organisations who provide generous support to help us achieve our mission; providing access to breast care nurses for families experiencing breast cancer. Due to allegations of live baiting exposed in the media this week we have suspended our relationship with Greyhound Racing Victoria.”

We know that brand is all about reputation, but the problem with brands that are built from a person, like in this instance, is that one person is a huge part of the reputation of the brand, he becomes the brand. And people make mistakes. You can see animal activists and horrified member’s of the Australian public, threatening to boycott the McGrath Foundation, just because they don’t agree with something he did, not thinking for a second about the 33,000 Australian women that they have helped over the past 6 years or the 106 national care nurses that they employ.

Reading this article at the weekend made me think back to Lance Armstrong. The explosion of the Livestrong yellow wristbands, back in 2004 was a masterclass in marketing a charity, representing a symbol of cancer patient support. One inspirational story, a grueling sport, a warrior athlete, the poster boy for the ultimate comeback and a fashionable gimmick saw 87 million people endorse Lance Armstrong by wearing his yellow wristband, a partnership with his main sponsor, Nike. Pretty much everyone of my classmates in college were wearing a yellow wristband, cycling was cool again.

It was the perfect story, Armstrong had defeated cancer, won the toughest competitive race in the world, six times and raised over $500 million for cancer research. He was the Livestrong brand. Until he was finally proven guilty of cheating, blood doping, lying and bullying. Posterboy was destroyed, titles were ripped from him, sponsors including Nike, dropped him and pulled all Livestrong merchandise off the shelves. Armstrong very quickly resigned as chairman and board member of Livestrong in order to protect the brand and what they were trying to achieve. I think this was imperative, no one wanted to be associated with Armstrong and even though he reinvented marketing in not for profits, and raised so much awareness and funds, the brand would have fallen from under him.

It’s the nature of the beast, not-for-profits rely on celebrity endorsement to survive, celebrities use charities to build their own personal brand, they need each other. What’s important is that charities can put an exit strategy in place once they have built momentum and gained public awareness, so they don’t have to rely on founding profiles as much, and it’s not as much about the person, it’s about the cause.