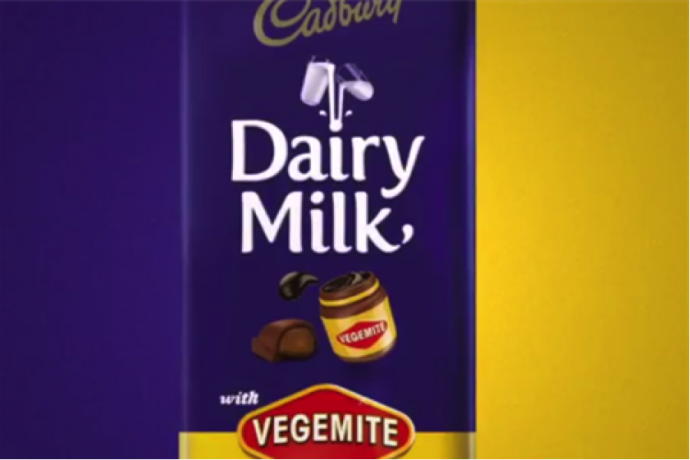 We are happy little Vegemite’s… with a sweet tooth!

There has been some speculation whether or not Cadbury Dairy Milk would join forces with Vegemite, and last week the chocolate powerhouse announced it will create a Vegemite flavoured chocolate bar that will hit the shelves in June or maybe sooner. Audrey Green explains the reason behind the bizarre idea in a statement describing its loyal customers with an “appetite for new flavours”. Green goes on to explain; “we also read and listen to hundreds of comments we get from fans every day asking us for more flavours and suggesting new ones. We have seen a flavour trend towards sweet and salty combinations and felt it was time to put that to the test and create an Australian twist”. The new chocolate bar will taste like caramel with a hint of Vegemite flavour; similar to salted caramel, minus the salty and yeasty aftertaste that Vegemite is famous for.

Cadbury dairy milk and Vegemite are two Australian iconic brands that people love and trust, so its only natural that there has been a social media campaign instigated by Cadbury called hashtag #ChocPlusWhat to invite people to suggest what they think would pair well with the chocolate bar. The campaign was designed to find the perfect “foodporn” for its new flavours. 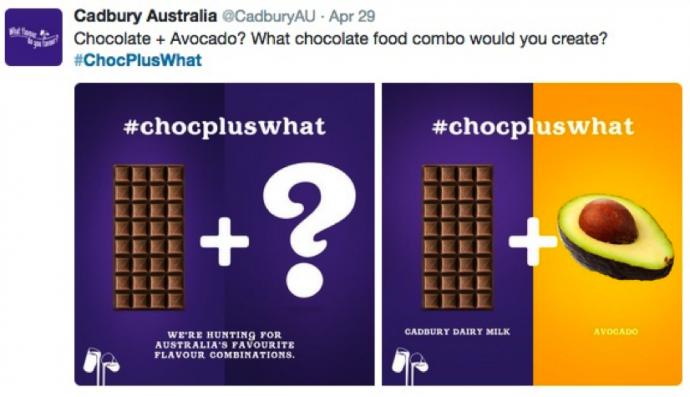 There has been a noticeable buzz on social media around the conversation with the nation divided in almost half (as you would assume). Will the new Vegemite flavoured chocolate bar be a hit, or will the shelves be over stocked with salty and sweet chocolate treats? Only time will tell, but sales are sure to increase with Australia’s curious pallets and adventurous consumers willing to try something new.